After sumo and golf, Trump and Abe get down to business

NATIONAL NEWS - After a fun-filled weekend of golf and sumo US President Donald Trump and Japanese Prime Minister Shinzo Abe are set to hold formal talks Monday, with trade and tensions with North Korea topping the agenda.

The two "golf buddies" enjoyed a round at a course near Tokyo before Trump donned slippers to present the gargantuan "President's Cup" to the winning sumo wrestler on the final day of the summer "basho" or tournament.

But Monday sees the start of the more formal section of the four-day state visit as Trump becomes the first foreign leader to visit Japan's new emperor Naruhito, who took the Chrysanthemum Throne only three weeks ago, after his father's historic abdication.

Trump visits Naruhito in the morning, before an hour of talks with Abe, with the day culminating in a state banquet with the emperor.

The president has already set out his stall on the two main issues confronting the two allies: trade, and the mounting threat from North Korea in the wake of February's failed Hanoi summit between Trump and the North's leader Kim Jong Un.

Within an hour of touching down in Tokyo, Trump railed against what he sees as a trade imbalance between the world's top and third-largest economies and vowed the relationship would be "a little bit more fair" after a deal. 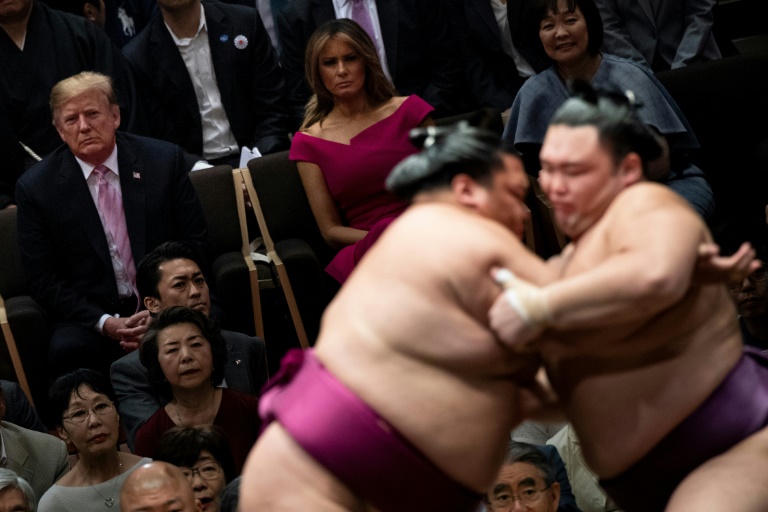 Trump said he enjoyed his trip to the "ancient sport" of sumo.

But very soon after stepping off the course, he said that "much" of that deal would wait until Abe faces upper house elections likely in July - as rumours swirl that the popular prime minister will combine that vote with a snap general election.

Top Japanese and American trade negotiators spent more than two hours locked in talks on Saturday night but failed to achieve a breakthrough, with the Japanese side saying only there was more "understanding" between the two sides. 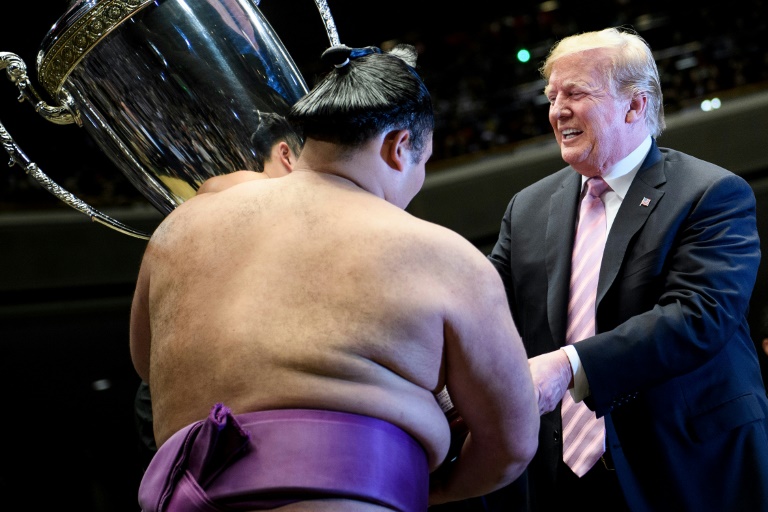 'Small weapons'
On North Korea, Trump appeared to undercut his own national security advisor, the hawkish John Bolton, by downplaying two recent short-range missile tests by Kim which raised tensions in the region.

"North Korea fired off some small weapons, which disturbed some of my people, and others, but not me," Trump tweeted. "I have confidence that Chairman Kim will keep his promise to me."

Before Trump landed in Tokyo, Bolton had told reporters there was "no doubt" that the launches contravened UN Security Council resolutions, the first time a senior US administration official has said this.

The issue is bound to come up as the leaders meet families of people abducted by North Korea during the Cold War era to train Pyongyang's spies, an emotive issue in Japan that Abe has pressed Trump to raise in talks with Kim. 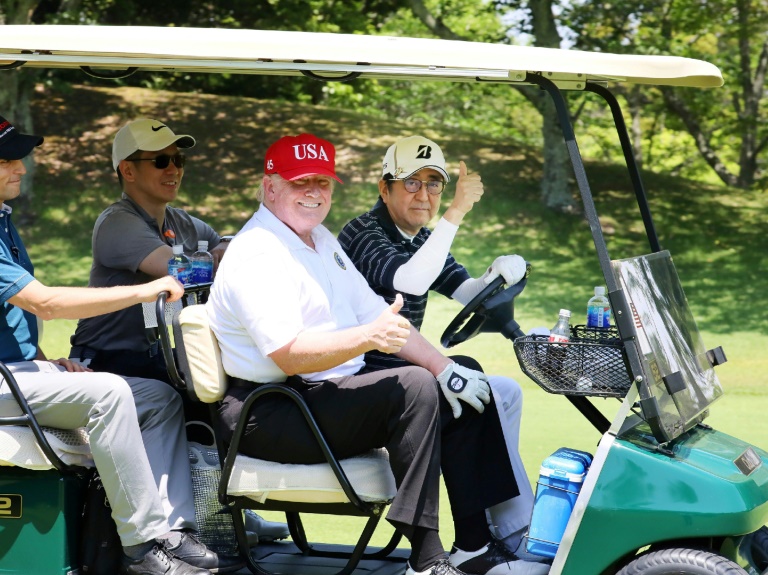 Under a cloudless sky with sizzling temperatures, the two leaders played at the Mobara Country Club, the fifth time they have found time in their schedules for a round.

The nationalist Abe himself has frequently offered to meet Kim to solve the "abductee problem", as it is known in Japan.

On Tuesday, Trump is expected to address troops at a US base in Japan, highlighting the military alliance between the two allies at a time when trade tensions are also rising with China, the region's top economy.