Stylish Opel Grandland X stuns but for a wrong reason

The monthly NAAMSA sales figures could very well be considered as the automotive equivalent of a lie detector test by revealing the exact truth of each participating manufacturer’s performance month after month. 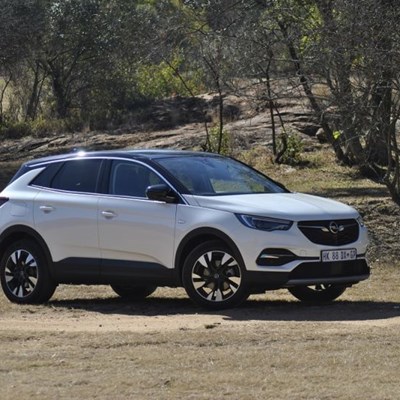 A split not gone well

While it is fairly evident that less volume focused automakers would ride on the short-end, it still comes as a surprise to see Opel languishing down at the bottom end of the market, even before it was offloaded by long-time parent company, General Motors (GM), and sold to the PSA Group last year.

Whereas former stablemate Isuzu has gone from strength to strength since taking over GM’s local operations, Opel has been finding it harder to re-establish itself under the auspices of the Williams Hunt Group, despite a clutch of accomplished products.

As is the worldwide trend though, crossovers and SUVs are in demand with Opel’s contribution coming last year in the form of the Crossland X and earlier this year, the bigger Grandland X. Serving as the brand’s flagship, a lot of hype surrounded the Grandland X, which is why its recent arrival at the Autodealer office saw this writer making a B-line for the key of a top-spec Cosmo variant.

Classy if a bit conservative 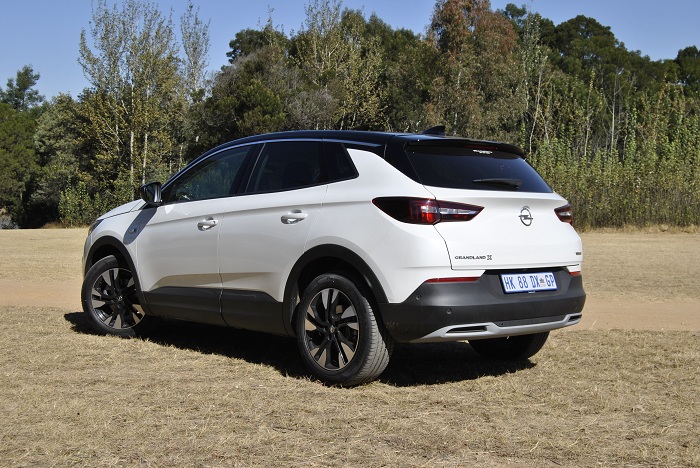 More minimalistic is the rear with its chunky black bumper, LED taillights and curved bootline underneath the Opel Blitz, which contributes to an overall good looking product, yet one which could also be viewed as being typically German conservative compared to the model on which it is based, the Peugeot 3008.

It is a similar story inside where Opel’s engineers have gone to great lengths to differentiate the Grandland X from the 3008, again with varying degrees of success. 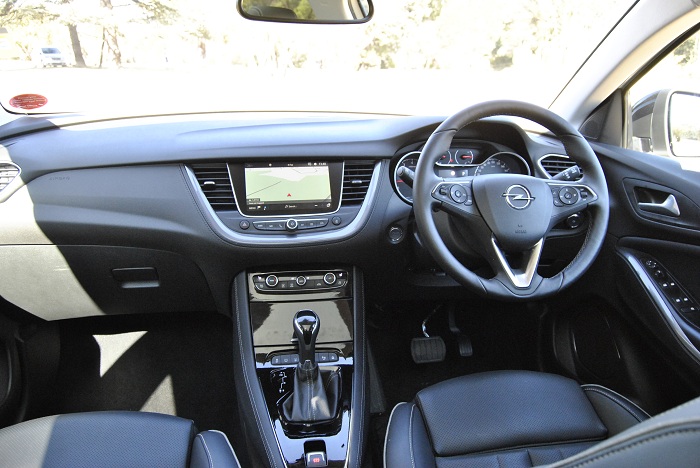 While the design mirrors that of the Astra with the same switchgear, instrument cluster, and uncluttered dashboard housing the eight-inch Intellilink touchscreen infotainment system, the tactile feel was less impressive with the soft-touch materials on most surfaces making way for hard, cheap plastics on the sides of the transmission tunnel and most prominently, behind the window switches on the doors.

A story in itself is that infotainment system, which despite looking like the unit used in the Astra, is not as user-friendly and lacks a Menu section, meaning that most of its functions have to be manipulated by the buttons underneath the screen. Familiarisation will, of course, solve this, but it is still not the slickest system despite featuring satellite navigation, Bluetooth, Apple CarPlay and Android Auto. 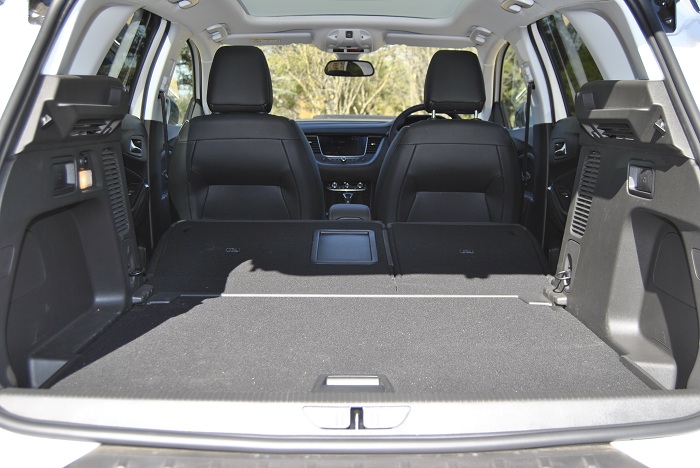 With a length of just under 4.5-metres, the Grandland X does have space in its favour with not only very comfortable seats, but good levels of second-row head and legroom helped to an extent by the non-opening panoramic glass roof. Speaking of space, Opel claims a standard boot capacity of 514-litres, although pull the levers mounted on the walls located in the boot, and the rear seat folded forward to release an additional 1 138-litres of packing space.

Loaded to the max

Another area where the Grandland X excels is in the equipment department, which so extensive it could very well take up the rest of this article. Highlights though are dual USB ports, heated and ventilated front seats, a kick-motion activated tailgate, a heated steering wheel, Blind Spot Monitor, Lane Departure Warning, a 360-degree camera system, Hill Start Assist, front and rear parking sensors, a reverse camera, Auto High Beam Assist and Park Assist. 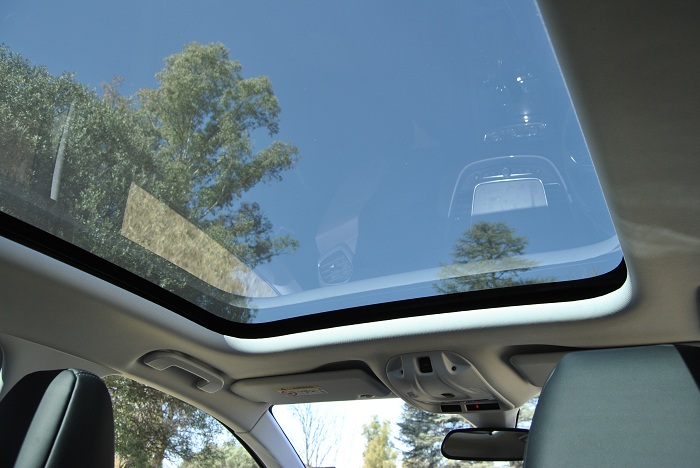 Where the big Opel again comes unstuck is underneath the bonnet, where the sole engine option is the same 121kW/240Nm 1.6-litre turbocharged PureTech petrol as the 3008, hooked to a six-speed automatic gearbox. Geared toward efficiency and cruising, the motor is hobbled by some low-down lag, compounded by a gearbox that gets caught out by sudden throttle inputs, and would skip a few gears somewhat abruptly to maintain momentum. 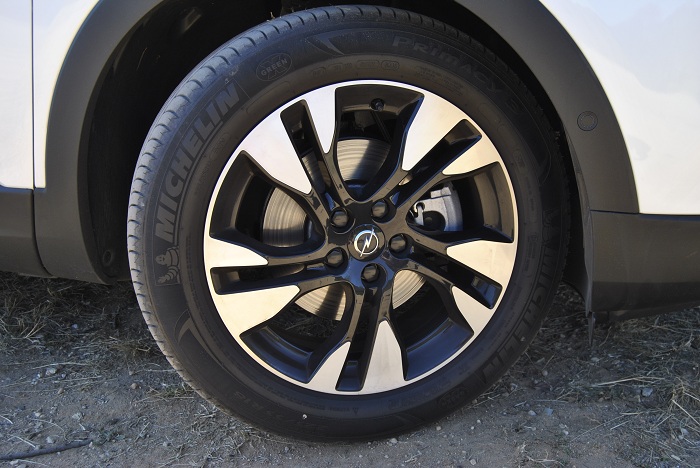 Out on the road though, there was no denying the Grandland X’s levels of refinement, with superb levels of engine and road noise cancelling and comfortable ride helped in part by a softly tuned suspension and those AGR certified seats. As for consumption, the Grandland X netted a best figure of 7.8-litres/100km, not far off of Opel’s claimed 7.0-litres/100km. 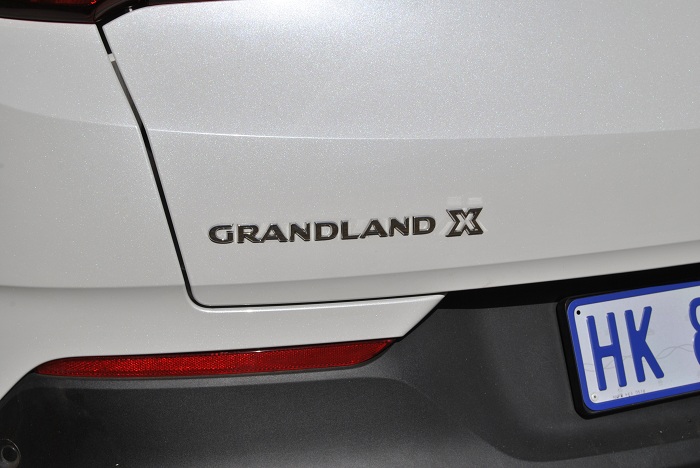 Summarising the Opel Grandland X appears easy on paper, as it seems to tick most of the family SUV boxes; it looks good, has lots of space and is crammed full of kit.

Read the fine print however and the shock comes in the price, which in the case of the Cosmo, is a wallet troubling R565 000. Granted, while the level of equipment is extensive, the hefty price, reservations about Opel being a premium brand and laggy drivetrain does the Grandland X no favours and makes it appear well and truly overpriced.

It, therefore, stands to reason that if you have your heart set on a Grandland X, rather opt for the mid-spec Enjoy at R465 000, or the segment yardstick and our choice, the Volkswagen Tiguan.