ONE often tends to approach budget cars with some trepidation. They are called budget cars for a reason, after all, which translates into quite miserly spec and some quality issues. But that, again, comes with the territory. 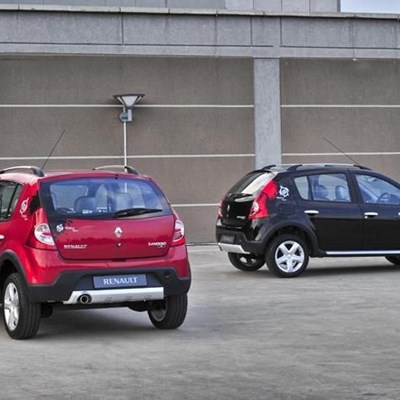 On the flipside, one approaches these cars with some excitement, as it’s interesting to see how far a manufacturer has managed to stretch a tight budget to build a car for people with tight budgets.

This didn’t really apply to the Ford Figo and Volkswagen Polo Vivo. They are pretty much previous-generation Fiestas and Polos, so we knew what to expect. Consumers did too, which is why these models sell in the gargantuan numbers they do.
Toyota had to take the plunge from scratch with the Etios, but  that worked out pretty well too.

Amidst this massive assault on South Africa’s budget market, Renault came to the party with the Logan, then the Sandero.

The Logan didn’t do well; it has been discontinued locally but the Sandero was another story altogether. It has become Renault’s best seller, but there is an asterisk next to what the Sandero really is, though.

That is because the Sandero is actually a product of Dacia, a Romanian company that makes budget cars and that also happens to be owned by Renault. Dacia had a brief presence in South Africa in the mid-90s, but its cars were so bad and mechanically atrocious that it even made it onto Carte Blanche. All this meant that marketing the Sandero under the Dacia moniker would have been suicide. So Renault pasted its own badge on the grille and in the money rolled.

It would be unforgivable and very, very unfair to compare the Sandero to what Dacia was 18 years ago, because from what I hear, the Sandero doesn’t present with any of those specific issues.

Local sales got a big kick in 2010 with the release of the Stepway, an urban crossover that rides 20mm higher than the standard model.

With a price of just R149 900, I approached the Stepway with the above-mentioned trepidation, but more excitement. Unfortunately, the former outweighed the latter by quite a margin.

Arguably the strangest bug, the driver’s seat didn’t seem to be properly bolted down at its front. As I slid the seat backwards, I realised that I could to perform micro rocking-chair movements. The centre hangdown - which it shares with the Nissan NP200 - features air-conditioning controls so far down that I could not operate it while driving, as you can’t see which control and button do what. The little cluster featuring the various info and warning lights between the speedo and rev dials is the same one that my sister had in her 2001 Clio.

The plastics are quite cheap but acceptable for this class and they make a fair impression of perceived build quality around town. I took the Stepway away for a weekend, with the route to my destination including some gravel. I was pleasantly surprised by the Sandero’s talent for a little off-tar driving, but the interior panels rattled away like, well, a baby’s rattle.

The Stepway is powered by a 1.6-litre petrol engine which produces 64kW and 128Nm of torque. That doesn’t look like much on paper and it isn’t much on the road either. It has a rather gingerly way of going about things and has to be revved hard to induce some haste.

Although none of the things I’ve mentioned so far were exactly infuriating, one thing almost sent me over the edge.

We return our test cars with a quarter of a tank full of fuel, meaning that in the Stepway’s case, the electronic fuel gauge should have been on two bars. I drove the car to empty and over two days deposited R220 (about 17 litres before the recent spikes) into the tank. The fuel gauge refused to go over one bar. On the day of its return, I put in another R120 (about 9.5 litres) and suddenly it shot up to four bars, meaning I spent a good chunk of R340 on petrol I didn’t use.

The Stepway isn’t all bad. It’s roomy, has enough kit at the price and is sufficiently comfortable for in-town driving, but my pre-test excitement has few times been destroyed by confirmed trepidation as much as this.

If you have to be 20mm higher up in the air, get a Vivo Maxx, or save R6 000 and buy a Fiat Panda, which doesn’t even compete in the budget segment.