Despite having been on sale for less than two months, a new report from the United States has alleged that Jeep’s parent company, Fiat-Chrysler Automobiles (FCA), is considering a more off-road focused version of the Gladiator aimed at the Ford Ranger Raptor. 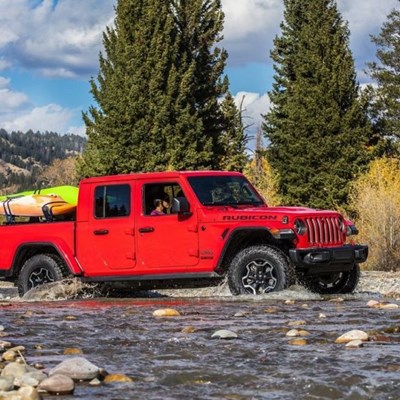 According to jeepgladiatorforum.com, the more hardcore model, dubbed Hercules, is still under evaluation for possible market introduction and has not yet been fully approved for production.

In an interview with Autoline after the unveiling of the Gladiator at the Los Angeles Auto Show in November last year though, Jeep boss Mark Allen hinted that the brand will be expanding “into high speed off-roading”, suggesting that it could produce a rival for the Raptor. At present however, nothing has yet been announced.


I'm a 42 year old woman looking to meet men and women between the ages of 35 and 50.
View Profile