Leaked days before its world debut at the Los Angeles Auto Show, Fiat-Chrysler Automobiles (FCA) officially unveiled the much awaited Jeep Gladiator in the City of Angels this past Thursday (November 29th). Initially known as the Scrambler during the prototype phase, the Gladiator not only rates as the first pick-up Jeep in nearly 30 years, but also revives a name last used between 1962 and 1988 and more recently, for the open-deck concept that bowed at the North American International Auto in Detroit 12 years ago.

Touted by FCA as being the “ultimate vehicle for any outdoor adventure”, the Gladiator, as evident by its styling, draws heavily from Wrangler and rides on the same platform, but adds an additional 492mm to the 3 480mm wheelbase in order to accommodate the loadbay. 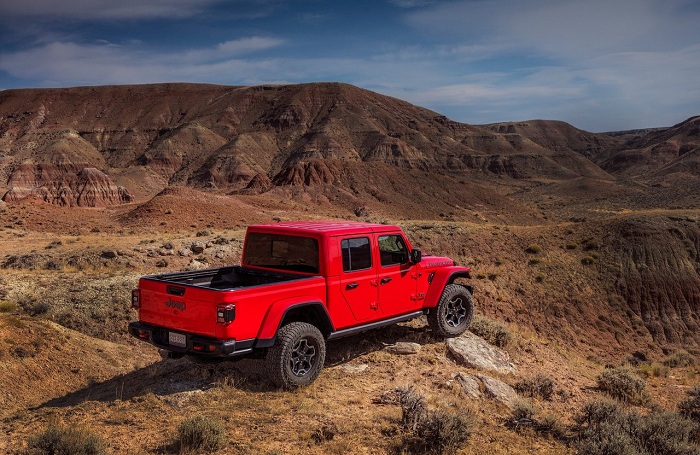 Confirming details leaked two weeks ago, the double cab only Gladiator will offer a payload of 725kg, a tow rating of 3 470kg, a wading depth of 762mm and on top-end models, the so-called Sunrider pack that includes a soft-top roof, the first FCA pick-up to have this since the limited run Dodge Dakota Convertible made 1989 and 1991, and the Freedom equivalent that allows for the removal of the doors, hard-top roof and which has the ability for the windscreen to be folded frontwards.

Aside from the addition of the load-bin, the Gladiator’s interior, like its looks, is unchanged from the Wrangler’s, and comes with a choice of three UConnect infotainment systems measuring five, seven and 8.4-inch, the latter pair incorporating Apple CarPlay and Android Auto, up to three USB ports, a 3.5 or seven-inch TFT instrument cluster display, push-button start, LED headlights on flagship models, cloth or leather seats with heating function, a rear LED light and a heated steering wheel. 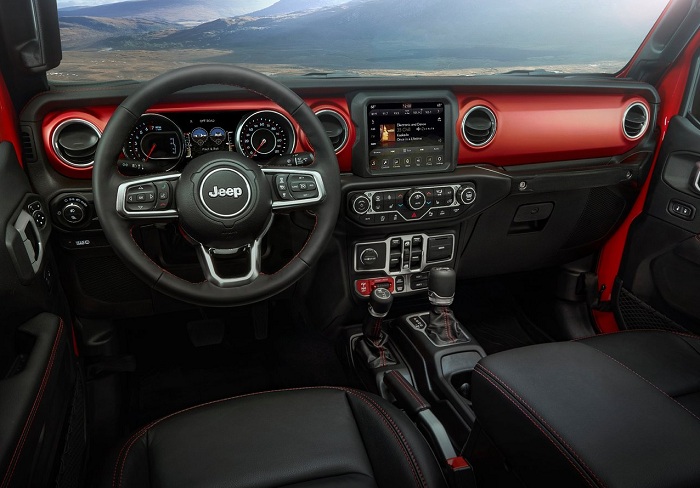 Underneath its skin, the Gladiator offers a choice of two four-wheel drive systems; the standard Command-Trac system on the Sport, Sport S and Overland trim levels, and the same system but with the added Rock-Trac setup on the top-spec Rubicon.

In its base form, the Command-Trac boasts a 2.72:1 low range transfer case, the optional Track-Loc limited slip rear differential and heavy duty front and rear Dana 44 axles, the latter with a 3.73 ratio, while the additional Rock-Trac comes with 4:1 ratio rear axle, an electronic sway-bar that can be disconnected in everyday scenarios, standard 33-inch wheels, a heavy duty steel rear bumper and the Tru-Lok locking differential.

Boasting respective approach, departure and breakover angles of 43.6 degrees, 26 degrees and 20.3 degrees, all Gladiator models feature a ground clearance of 282mm and make do with a bespoke five-link coil rear suspension, new dampers aimed at providing a comfortable ride without sacrificing on load-hauling and relocated rear control arms. 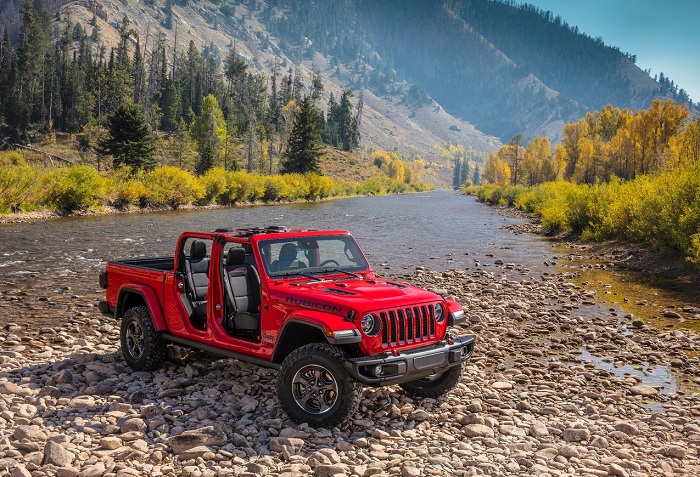 As eluded to previously, the Gladiator will initially be powered by a single engine, the same 3.6-litre Pentastar petrol V6 used in the Wrangler, which delivers 213kW/353Nm and is mated to a six-speed manual gearbox or the optional eight-speed automatic that replaces the Mercedes-Benz sourced five-speed ‘box.

Arriving in 2020 will be the same 3.0-litre EcoDiesel (CRD) V6 powering the Ram 1500 and Grand Cherokee, which produces 190kW/600Nm and is mated to the aforementioned auto ‘box as standard. The electrically assisted 2.0-litre Hurricane turbocharged petrol available on the Wrangler has however been ruled out.

Set to go on sale in the United States in the second half of next year, the Gladiator is still to be confirmed for local release, but expect it, if approved, to arrive towards the end of 2019.