The Dakar Rally is certainly not for the faint hearted, the week-long event tests the resolve of not only the drivers and navigators but also of the teams, organizers and everyone involved. At the post-Dakar press conference we had an opportunity to hear firsthand what the South African contingent though of this year’s event. 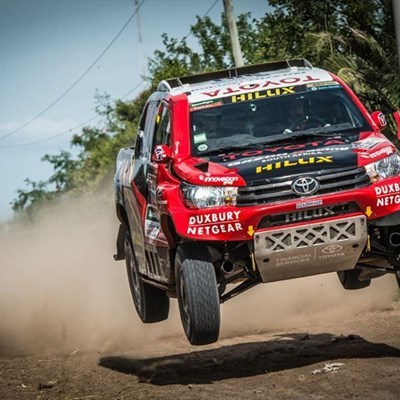 In case you haven’t heard, we did quite well with local boys Giniel de Villiers and Leeroy Poulter finishing third and fifth overall respectively. They formed part of the Toyota Gazoo Racing SA lead by Team Principal Glyn Hall who was also at the press conference.

“We knew all along that the Peugeots would be quick,” explains Hall. “But we didn’t expect them to be that quick! And in the early part of the race, where multiple WRC champion Sebastien Loeb was at home, we had every reason to worry.”

As we though, after the faster stages the Hilux started to overcome the issues faced with altitude and a naturally aspirated engine. You see, as the team climbs the vehicle loses power, which is where the turbodiesel Peugeots and Minis did so well with their forced induction. 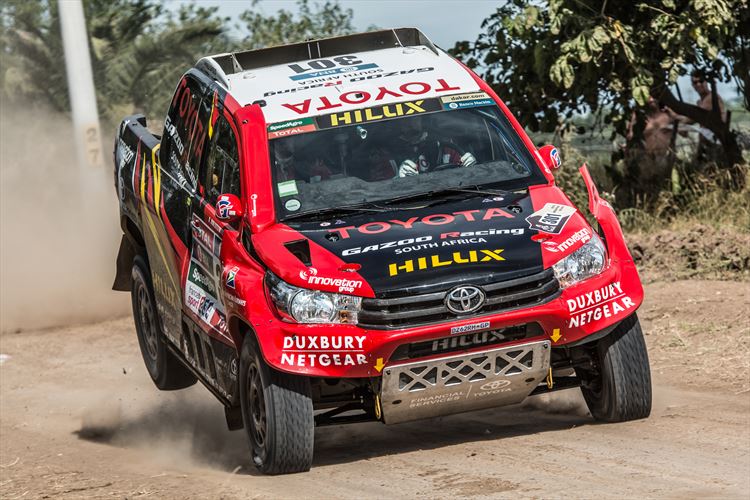 “The turbo-charged cars have always proven fast in the thin air of the high altitude stages. And this year we saw more high altitude stages than ever before,” continues Hall. “As a matter of fact, the rules state that the restrictor sizes need to change if the average altitude is above 2 000 metres – and while the average was planned to be lower than that this year, the cancellation of Stage 1, which was due to take place near sea level, pushed the average over the threshold.” he added.

The thin air didn’t only affect the cars’ performance – the human bodies inside them also took a beating. Both Giniel de Villiers and Leeroy Poulter trained significant hours using special equipment to simulate high altitude before the race. This seemed to pay off for them, but Toyota Gazoo Racing SA’s third driver, Yazeed al Rajhi, had a torrid time as he ascended to the high plains of Bolivia.

“Yazeed really struggled. He was nauseous and dizzy, and we lost a lot of time on Stage 5,” explains his navigator, Timo Gottschalk. “But then he bounced back on Stage 6, suddenly much better. We posted the third-fastest time on that stage, and really got back into the race after a disastrous day on Stage 5.”

The bivouac on the edge of the famous salt pan of Uyuni was also the scene of a dust storm of epic proportions. “The storm was so severe that we had to stop working on the cars,” says Hall. “Everyone grabbed something to hold onto, as the wind howled around us. Those not wearing goggles were in deep trouble, and once the storm passed, it took us a while to get everything straightened out again.”

There was a variety of weather conditions for the drivers and teams to cope with. From floods cancelling stages, to heat with necessitated airconditioning in the car to wind and of course high altitude. “I can’t sing their praises enough. The lads pushed on no matter what the weather or conditions were, and got the job done,” continues Hall. “And when the rest day finally came, they didn’t hesitate for a moment – they just powered through, stripped the cars and rebuilt everything to perfection, ready for the last week of the race.”

Midway through the race, however, things were looking somewhat underwhelming for Toyota Gazoo Racing SA. “But we’ve learnt that the Dakar is a long race, and it isn’t won or lost in the first week. You’ve got to keep going as fast and consistently as you can, drive your own race, and let the results come to you,” explains De Villiers. “And that’s what we did. We kept the pressure on, and kept things clean and tidy.” He added. 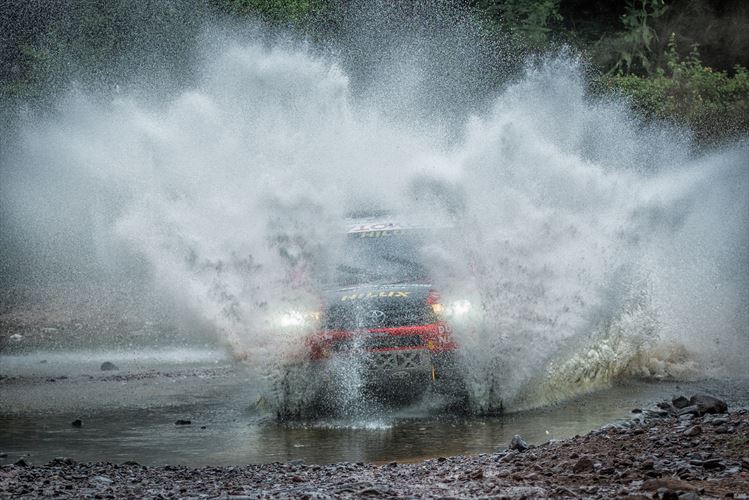 When those in front of De Villiers, namely Carlos Sainz, Sebastian Loeb and Mikko Hirvonen made mistakes it gave De Villiers the chance to fight for a podium position.

“Things became a bit tense at that point,” laughs De Villiers. “We were dropping down into lower altitudes, with some long off-piste stages. This suited the Hilux, and we managed to cement our position somewhat. But then came the WRC-style stages near the end, where Mikko was completely at home. We had no choice but to push hard, as he was throwing everything at us in an attempt to steal our third position.”

It was at this point where Poulter/Howie were under pressure  from former Dakar winner Nani Roma (Mini), so the race was on.

“Then came Stage 12,” remembers Poulter. “It was 481 km long, winding and tricky, and we knew we couldn’t afford mistakes if we wanted Roma to stay behind us. At the same time, we had to ensure that we completed the mammoth stage with the Hilux in one piece, so finding the balance between speed and risk was the tricky part.”

As it turned out, Poulter found exactly the right balance, powering the Toyota Hilux to sector win after sector win, and after five hours of racing he was more than two minutes ahead of the nearest competitor. At the same time, De Villiers was driving a great stage, posting times just behind those of Poulter. 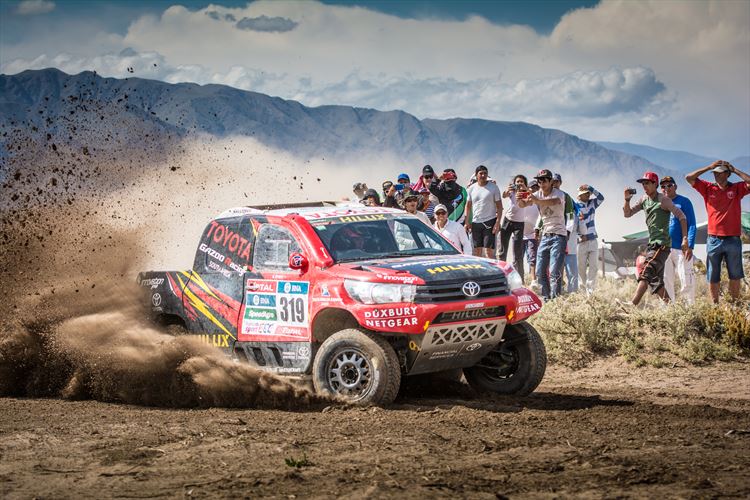 “Back in the bivouac, we were all clustered around a laptop, watching as the live timing updated. Leeroy looked as if he was going to win his first stage, but the atmosphere in the bivouac was extremely tense,” says Poulter’s wife and team physio, Michela. “And then, at the second-last waypoint, he didn’t lead anymore.”

Out on the stage, Poulter had caught up with the dust of the crews ahead of him, and a tightening right-hander finally caught out the storming South African. The Toyota Hilux left the road, and stopped in a ditch on the side. They were immediately back on the pace, but had lost too much time, and ended up chalking up a third-place on the stage.

Then, with only Stage 13 and 180 km of racing to go the South Africans kept their positions to finish in very respectable positions.

“To have one of our cars on the podium this year, feels almost like a win,” reckons Hall. “The competition this year was extremely fierce, and that, together with the high altitudes, made it extremely difficult for us to compete. With that said, Giniel and Dirk were as consistent as ever, and brought us the podium position we so dearly wanted.” 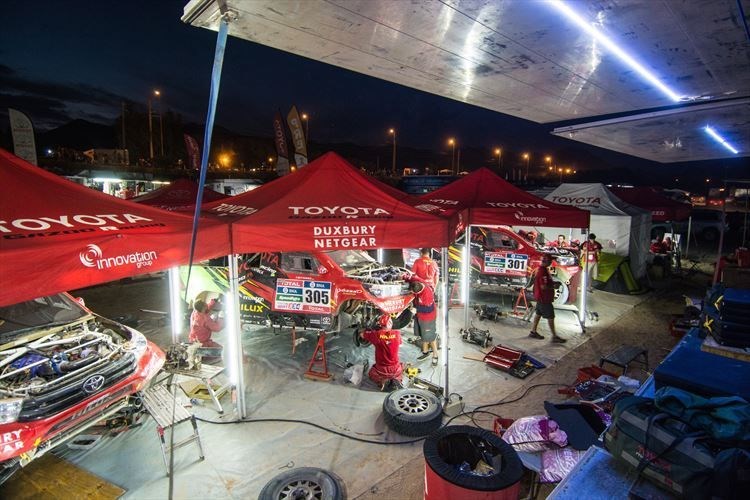 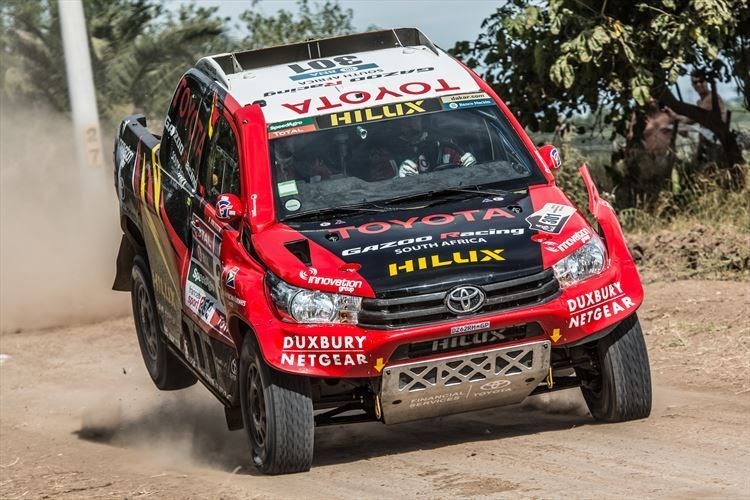 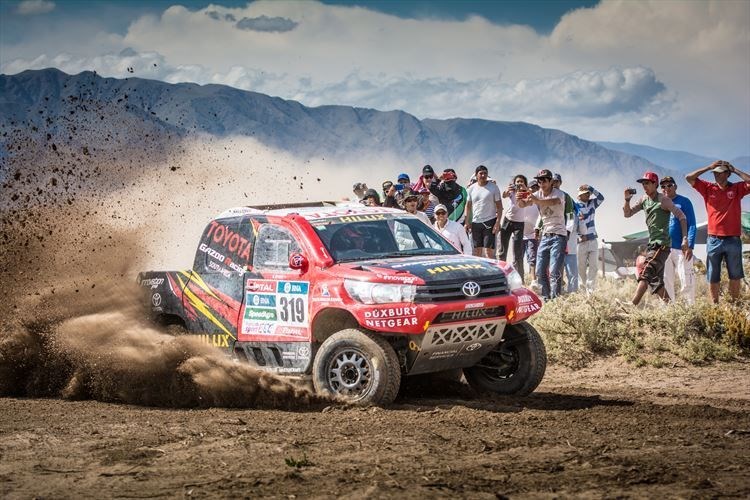 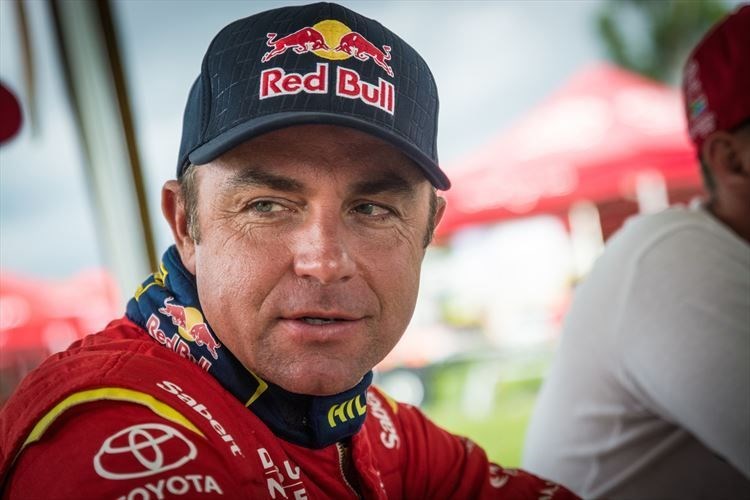 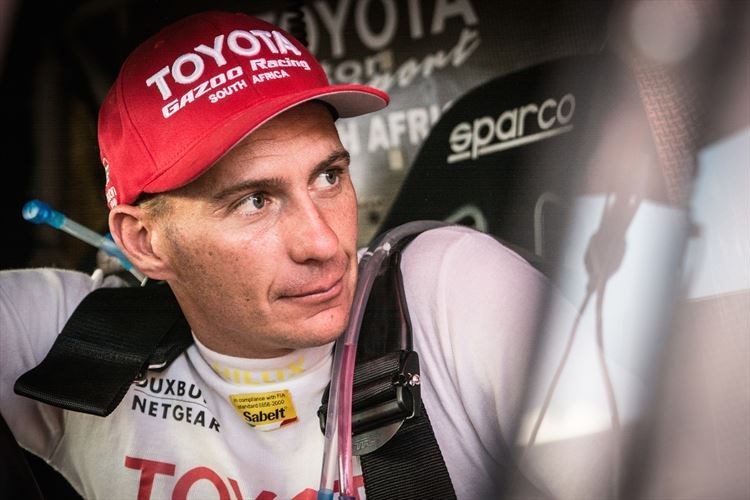 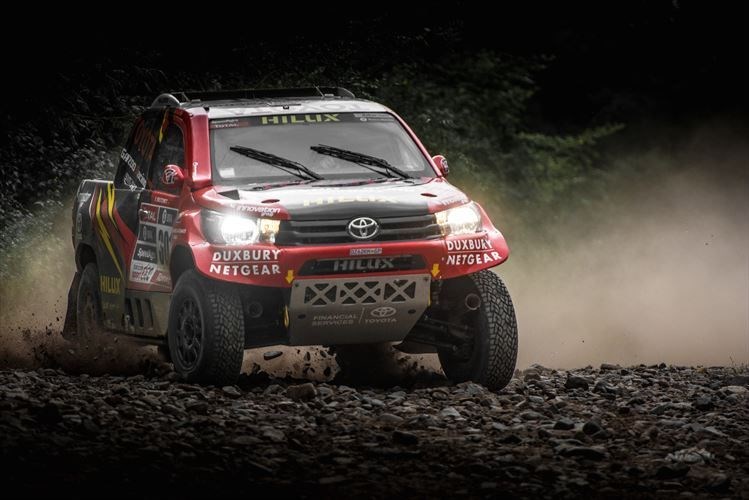 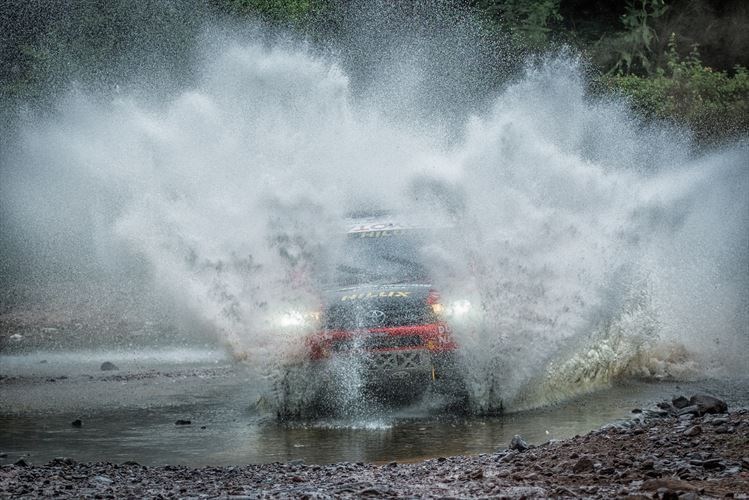 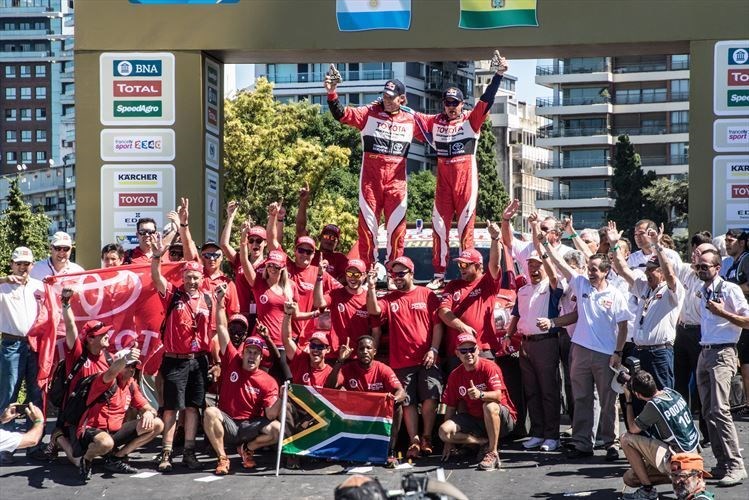 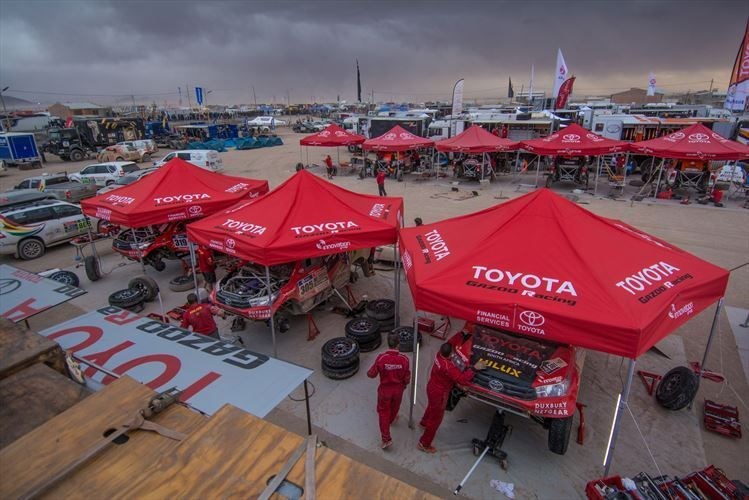