A Caddy worth wanting

In the current automotive climate of SUVs dominating nearly every segment worldwide, it still seems odd as to why manufacturers are sticking with MPVs despite their inherent lack of lifestyle appeal. 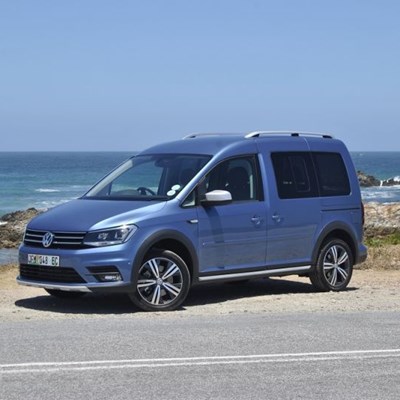 It is a trend that has done seemingly little to convince Volkswagen South Africa from pulling the van-evolved-into-a-people-carrier Caddy from the local market, in spite of this model’s fairly small monthly sales volume relative the strong-selling panel van.

With just 338 units moved in 2018 compared to the over 150 van derivatives each month, the Caddy still has a great amount of appeal to family buyers opposed to the SUV movement, from whom space and a rugged, simplistic offering carries greater weight than a high-riding pseudo-off-roader. 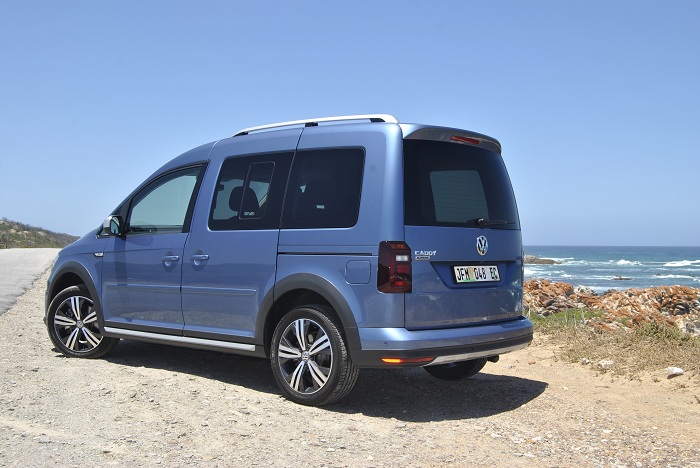 The recipient of a mid-life facelift back in 2016, the Caddy has all but made the small MPV class its own in recent years, with challengers from Renault, Peugeot, Fiat and Ford having fallen by the wayside over the last decade. As part of the update, Volkswagen also took the opportunity to introduce the Alltrack as the replacement for the CrossCaddy as the pointy end of the range.

Having sampled a fair number of vans throughout last year, the simple answer to a question from editor Sean Nurse as whether I would like to spend the festive season behind the wheel of an Alltrack didn’t require much hesitation, especially as I was to hit the road for the 1 000km plus trek to my hometown of Despatch in the Eastern Cape.

A box with style

Viewed in profile, it comes as hard to believe that the Caddy, sans its update and initial refresh in 2010, hails from 2004 and still rides on the PQ35 platform as the Golf V. In Alltrack guise, and especially in the (optional) Metallic Blue hue that JFM 048 EC arrived in, it looks remarkably fresh dare I say it, sporty. 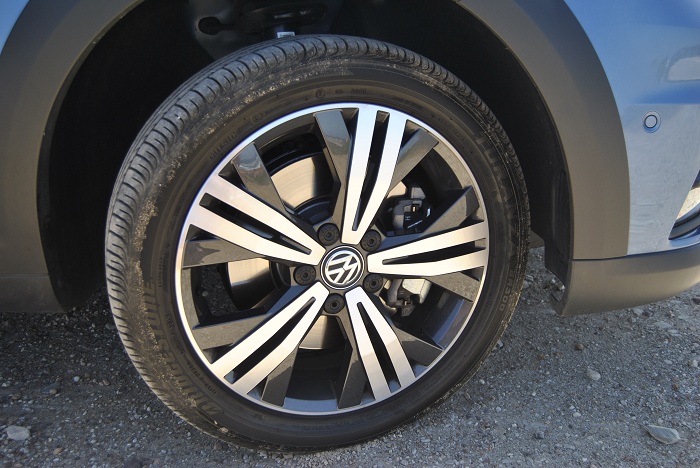 Practical interior has a split charm 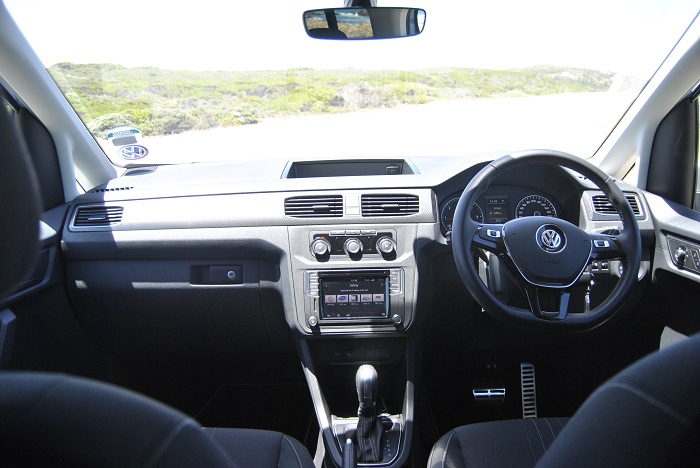 Moving to the interior is where the Caddy’s age becomes obvious. While Volkswagen has equipped its range-topper with a multi-function, flat-bottom steering wheel, model specific ‘7 Summits’ heated fabric seats with silver stitching and Alltrack branded seatbacks, as well as faux carbon fibre inserts, the 6.5-inch Composition Media touchscreen infotainment system with Bluetooth and USB, the overall design looks dated, not helped by varying material quality that exposes the Caddy’s commercial routes, and a bizarre echoing sensation of the six-speaker sound system that reverberated throughout the cabin.

This annoyance and the low-placed infotainment system aside, the cabin is otherwise a practical masterclass with more than enough head and legroom, tables neatly integrated into the front seat backs, a nifty overhead storage area and a massive boot that becomes truly capacious when the second row is folded forward. 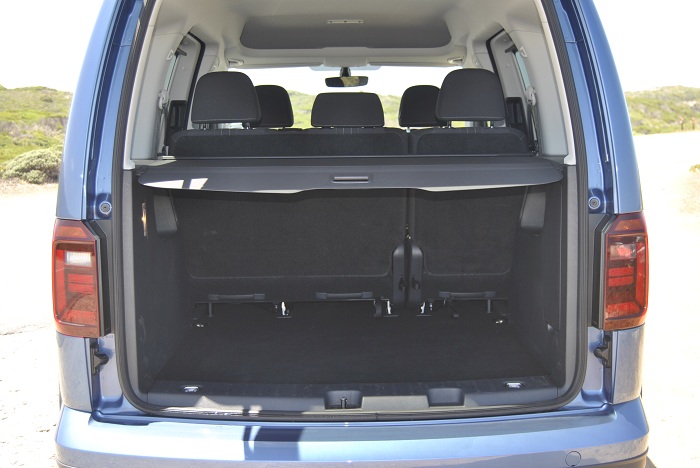 In addition to the dual-sliding side doors, the Alltrack’s list of standard equipment makes for impressive reading with items such as climate control with rear passenger vents, a centre console storage bin whose lid also doubles up as an armrest, front electric windows, auto lock/unlock doors, Hill Hold Control, Automatic Post-Collision Braking and the Light and Sight Package that adds rain sense wipers, cruise control, follow-me-home headlights with cornering function and an auto-dimming rear-view mirror.

Aside from the eye-catching paint finish priced at R3 733, options fitted were front and rear Park Distance control with a reverse camera (R9 432) and bi-xenon headlights with separate LEDs at an eye-watering R12 054, which brought the overall price of the Alltrack up to R486 219.

The power that impresses 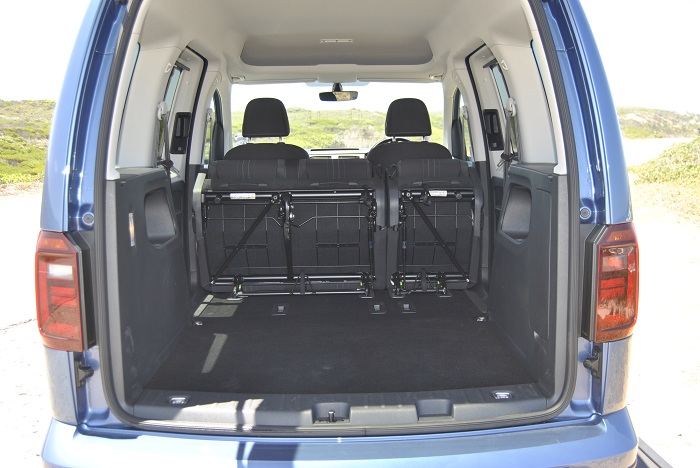 The sweet spot of the Alltrack though is to be found up front where the proven 2.0 TDI engine not only made light work of the 1.5-ton mass but punched well above its capabilities over the 3 595km covered during December.

Producing 103kW/320Nm, the oil burner is teamed to a six-speed DSG that made for effortless progress on both the highway and in town, however, it did tend to be caught out by sudden throttle inputs despite being relatively slick. Unlike its name suggests though, the drive is routed to the front wheels. 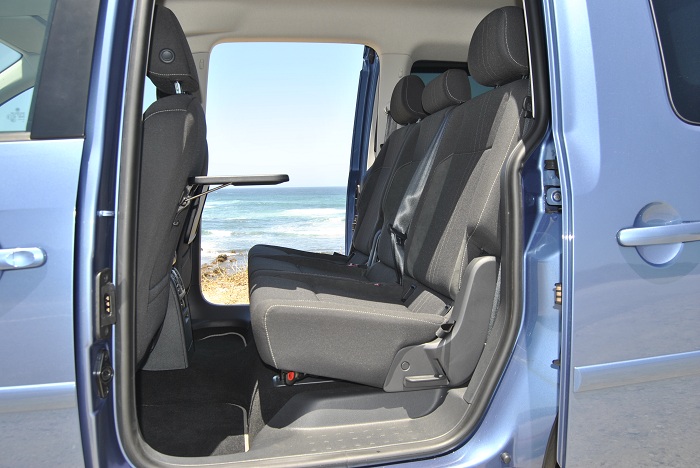 Out on the open road, the combination of the 205/50 wheels and 155mm ground clearance made for a very comfortable ride in spite of the dated underpinnings, though the seat cushions were on the hard side. While fuel consumption was bound to be impressive, the Alltrack’s went beyond this by recording a best of 5.0-litres/100km, though this fell back to 5.9-litres/100km at the time of its return, improving on Volkswagen’s claim by 0.4-litres/100km. 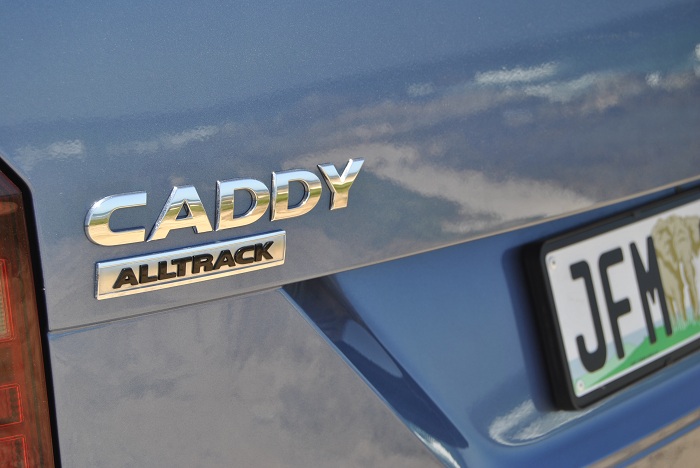 Simply by the amount of them on our roads, the month or so spend with the Volkswagen Caddy Alltrack has reaffirmed why Wolfsburg’s Polish made people-mover remains a South African favourite. At a base price of R461 000 however, it is on the expensive side and lacking in spec when compared to many crossovers, yet will find favour with buyers wanting a practical family transporter without the SUV-tag.