Some 80% of people polled in Britain, Italy and Japan said the world faces a "climate emergency", according to a UN survey.

LIFESTYLE NEWS - Nearly two-thirds of 1.2 million people polled worldwide say humanity faces a climate emergency, according to a UN survey, the largest of its kind ever undertaken.

Young and old, rich and poor, respondents in 50 nations home to more than half the global population also chose from a score of policy options to tackle the problem, researchers at the UN Development Programme (UNDP) and the University of Oxford reported Wednesday.

The findings suggest the grassroots global climate movement that surged onto the world stage in 2019 - led, in part, by a then 16-year Greta Thunberg of Sweden - is still gaining momentum, even if a raging pandemic has obscured its scope.

"Concern about the climate emergency is far more widespread than we knew before," Stephen Fisher, a sociologist at Oxford who helped design the survey and process the data, told AFP in an interview.

"And the large majority of those who do recognise a climate emergency want urgent and comprehensive action."

In a clever innovation, the short survey popped up like an advertisement on cell phone game apps, giving researchers access to demographics that might not otherwise respond to a public opinion poll.

At the national level, some 80% of people in Britain, Italy and Japan expressed serious foreboding about the impact of climate change, which has - with a single degree of warming so far - measurably increased the intensity of heatwaves, drought and flood-inducing rainfall, as well as storms made more destructive by rising seas.

France, Germany, South Africa and Canada were close behind, with more than three-quarters of those polled describing the threat as a "global emergency". 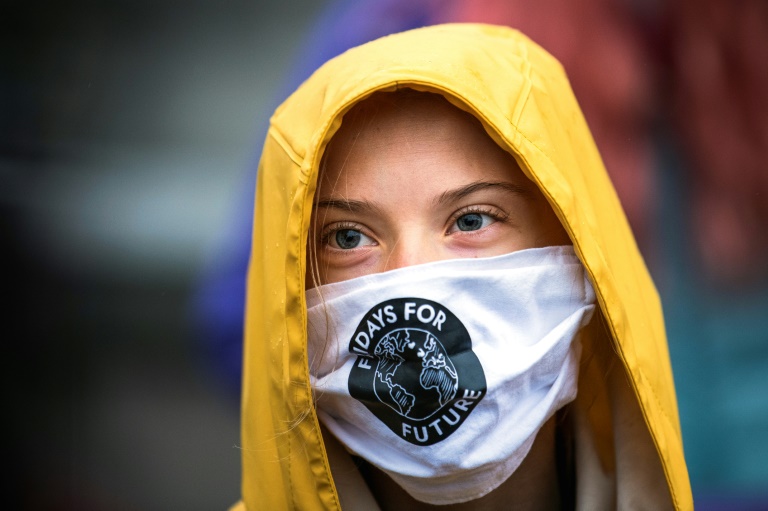 Surprisingly, 11 and 12 percent more girls and women expressed high alarm about global warming in the United States in Canada.

In another dozen countries - including the United States, Russia, Vietnam and Brazil - two-thirds of respondents saw things the same way.

Nearly 75 percent of residents in small island states - some facing the prospect of losing their homelands to rising seas - perceived the climate threat as an emergency.

The distribution across age groups of those seeing an "emergency" was narrow, ranging from 69 percent among those under 18, to 66 percent in the 36-59 age bracket.

Only for people 60 and older did the figure dip slightly below 60 percent.

Surprisingly, 11 and 12 percent more women than men expressed high alarm about global warming in the United States and Canada, respectively. Globally, that disparity shrank, on average, to four percent among the 50 nations polled.

"But more than that, the poll reveals how people want their policymakers to tackle the crisis."

The most popular solution among those offered was protecting forests and natural habitats, selected by 54 percent of respondents.

Following closely were the development of solar, wind and other forms of renewable power; the use of "climate-friendly" farming techniques; and investing more in green businesses and jobs.

At the bottom of the list, garnering support from only 30 percent, was the promotion of meat-free diets, and the provision of affordable insurance.

The survey results reinforce recent studies suggesting that some countries, and perhaps global society, could be approaching a virtuous "tipping point" in public opinion that would drive an accelerated transition to a carbon-neutral world. 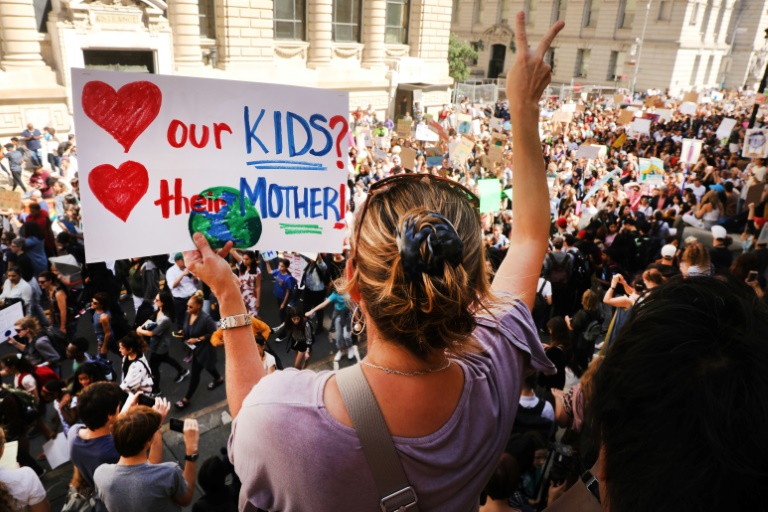 Much like the spread of a contagious disease, positive social movements -- whether to ban slavery or install democracy -- "can be irreversible and difficult to stop," a 2020 study noted.

"Achieving a rapid global decarbonisation to stabilise the climate critically depends on activating contagious and fast-spreading processes of social and technological change," researchers from the Potsdam Institute led by lona Otto and Hans Joachim Schellnhuber noted in the scientific journal PNAS last year.

Much like the spread of a contagious disease, positive social movements - whether to ban slavery, or install democracy - "can be irreversible and difficult to stop" once they cross a certain threshold, they note.

"There is recent anecdotal evidence that protests - such as the #FridaysForFuture climate strikes, the Extinction Rebellion protests, and initiatives such as the Green New Deal in the US - might be indicators of this change in norms and values taking place right now."