LIFESTYLE NEWS - The country’s biggest provider of heart disease medication warns South Africans to cut back on salt, as it could have a destructive impact on their cardiovascular system.

Nicole Jennings, spokesperson for Pharma Dynamics, says South Africa has the highest prevalence of hypertension in southern Africa, which is estimated to be 35%.

“There is a strong correlation between increased dietary sodium (salt) intake and elevated blood pressure. The South African and International Hypertension Guidelines recommend a reduced dietary sodium intake, together with a healthy diet and medication, as part of the treatment protocol for hypertension. The World Health Organisation (WHO) recommends no more than 5mg per person of salt per day, however many foods exceed that and the WHO estimates that the actual global dietary salt intake is almost double this, which is of concern,” remarks Naidoo.

The appeal comes in the wake of Heart Awareness Month this September, driven by Pharma Dynamics and the HSFSA, to make the public aware of the real dangers associated with excessive salt consumption. 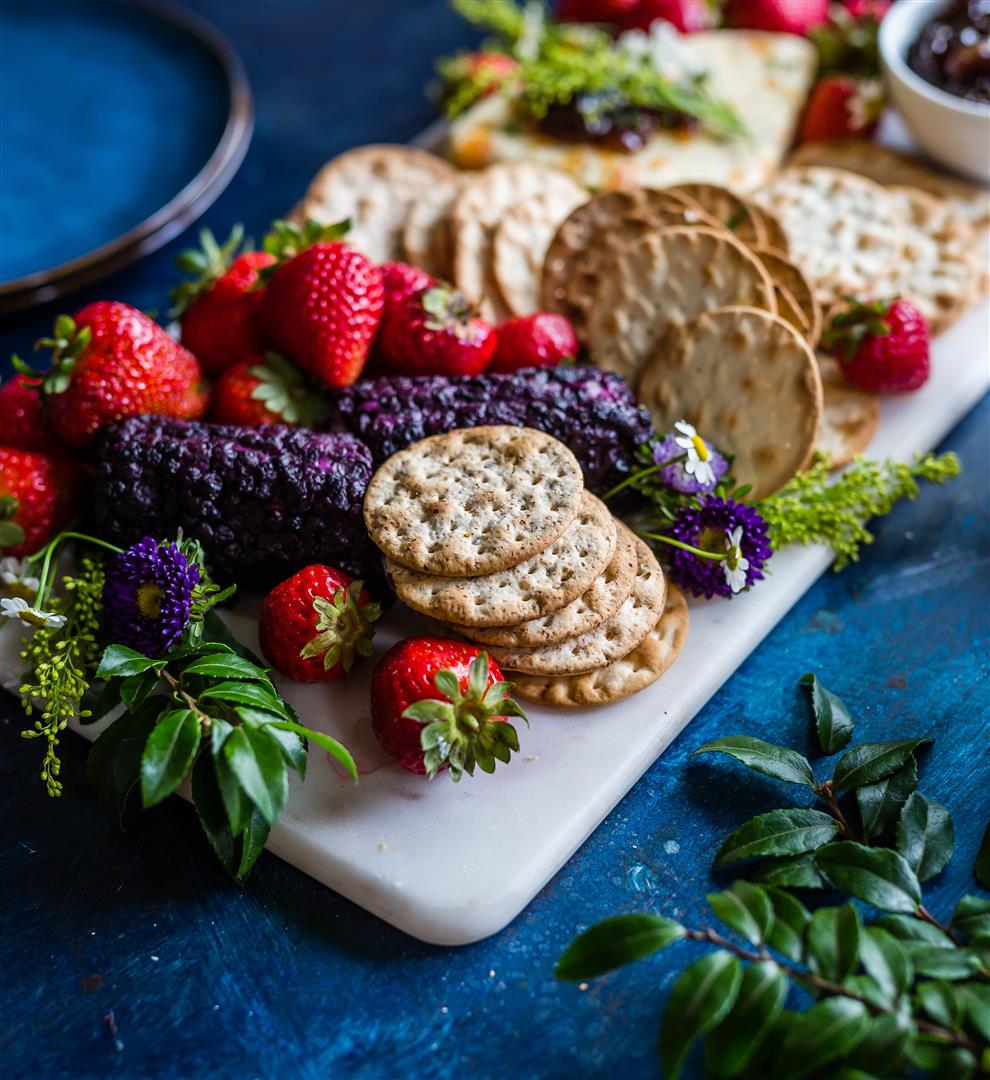 Jennings says eating too much salt can lead to hypertension (high blood pressure), which is a major risk factor for heart disease and stroke.

“Processed and packaged foods are responsible for most of the salt in our diet. Since people aren’t adding salt to these products themselves, they don’t realise how much salt they contain and the harm that it’s causing.”

Prof Naidoo reminds us that excessive salt consumption is known to drive hypertension. “Blood pressure that exceeds 140/90 is dangerous. We often advise the public to read food labels and to check for sodium levels, but in the rushed society we live in, many don’t take the time to do so and, when they do, it can be confusing,” she says.

In an effort to help the public to eat less salt, Pharma Dynamics and the HSFSA have launched a digital pocket guide that contains salt charts for various food groups, such as:

The salt charts forms part of the popular Cooking from the Heart wellness and healthy recipe programme, which aims to get the nation eating smart for their hearts.

Jennings says most people already know that chips and roasted nuts are high in salt, but it’s the “hidden salts” in processed food that consumers aren’t aware of.

“The salt charts address this issue and serve as a visual online tool, which can be downloaded and saved to mobile phones to make heart-healthy food choices easier when shopping.”

The salt charts indicate which foods to avoid or limit based on the sodium (or salt content). Some of these include:

Jennings says there are a multitude of studies that show how limiting one’s salt intake positively impacts blood pressure.

"Clinical studies have shown time and time again that too much salt imbalances the Renin-Angiotensin-Aldosterone System (RAAS) – a hormone system essential for regulating blood pressure and fluid balance in the body. When the RAAS doesn’t function properly, it leads to sodium and water retention that increases vascular resistance and blood pressure, increasing the risk of CVD.”

Salt, which is also referred to as “sodium chloride”, consist of 40% sodium and 60% chloride. One teaspoon of salt is approximately 5 grams and therefore contains 2 grams (2 000 mg) of sodium.

The DASH diet, which is high in lean protein, fruit, vegetables, beans, nuts, whole grains and low-fat dairy, is also low in salt and sugar, and is recommended for a healthy heart.

Jennings says dietary interventions, including sodium reduction, are extremely important in the management of hypertension. “Further research shows that reducing blood pressure by just 10/5 mmHg is associated with a decline in:

“Ultimately, it’s up to each one of us to stay on top of our blood pressure and to keep it where it needs to be by exercising and following a healthy eating plan. Knowing what food contains more or less salt, will help us to understand what is helping or harming the health of our hearts,” concludes Jennings.

Here’s a snapshot of some of the salt charts, which shows consumers what to eat and what to avoid: 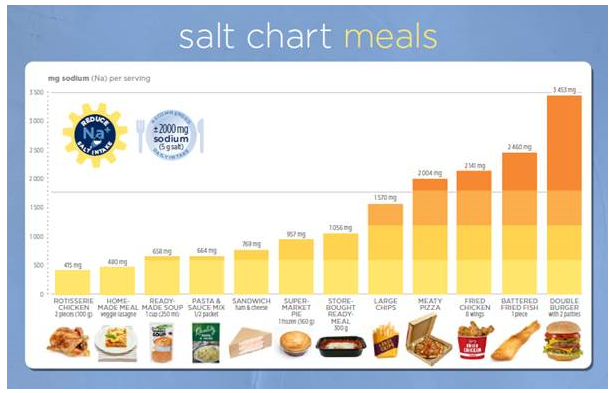 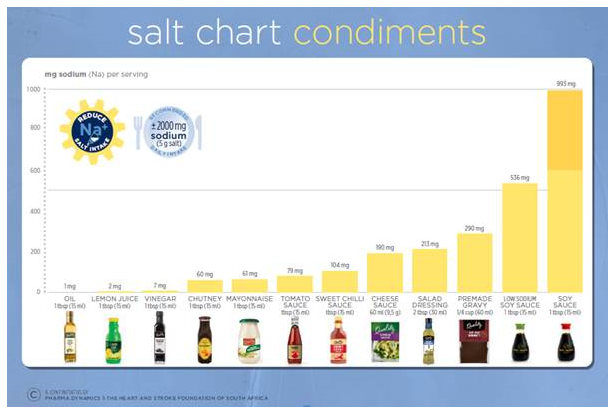