At one with the waves: Bodysurfing in Cape Town

Before heading to the sea, some grab boards - the ones who don't are bodysurfers.

Some of the bodysurfers use paddles attached to their hands to improve glide and stability. Others stick to outstretched arms and fingers.

LIFESTYLE NEWS - At just after 6am the light over the South African seaside town of Noordhoek near Cape Town has a pink hue as dawn emerges over the mountains and beach.

In a car park, half-donned wetsuits dangle from the hips of sun-tanned, long-haired men.

Before heading to the sea, some grab boards - the ones who don't are bodysurfers.

"Howzit, bru?" shouts Anthony Pearse, greeting fellow surfers in local slang as he hurries to the water, keen to fit in a few waves before work. 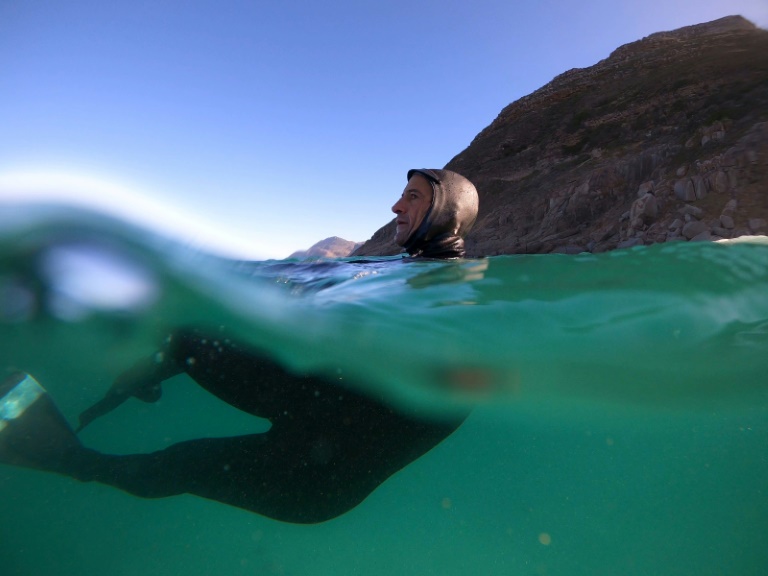 Neels Havenga looks for waters far from the crowds of surfers.

Neels Havenga, whose day job is as a diver on offshore platforms, scans the foam for an area with ideal conditions to hit the waters - far from the crowds of surfers.

The lean 45-year-old feels he has passed the age to fight for the best spot.

"Sometimes I head for less good waves, as long as I don't end up in a heap," he says, "Maybe I am becoming old and cranky, but I definitely avoid the crowds."

Bodies as boards
Groupies watch from the rocks as board surfers pull themselves to standing, sometimes riding elegantly, sometimes falling after clumsy stunts. 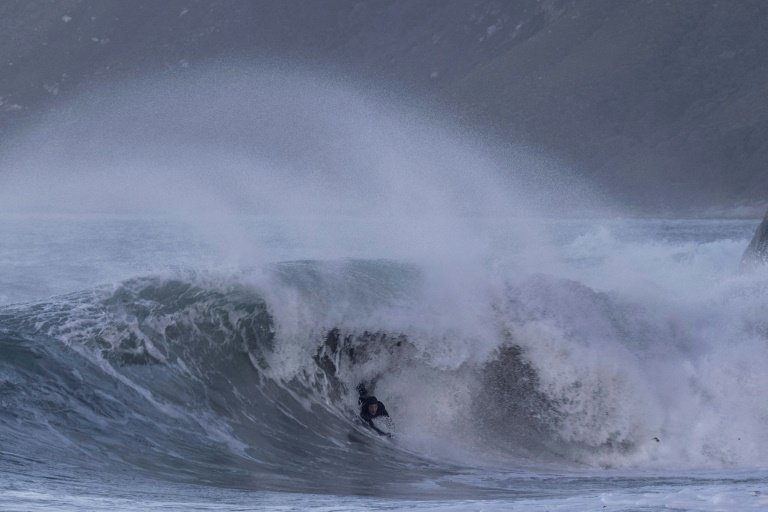 A short distance away the "boardless" crowd is harder to see as they ride deep within the waves.

For these surfers the body is the board as they swim and stiffen, turning into a vessel to be carried towards shore. 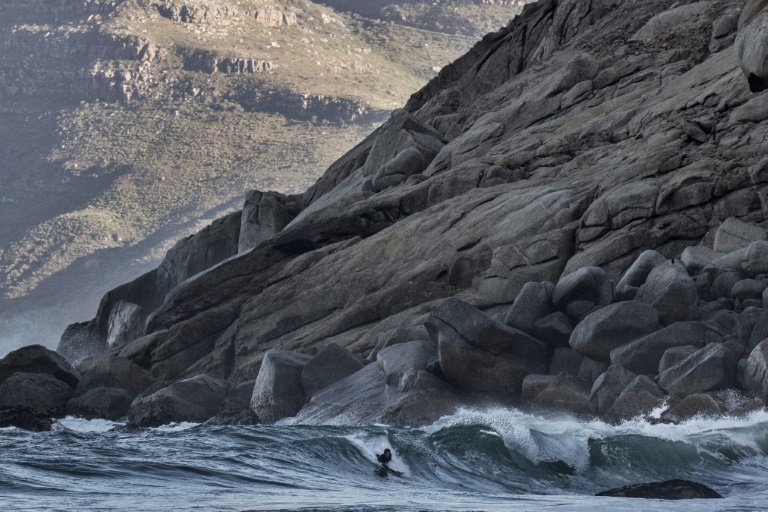 Neels Havenga says 'flying through the air' makes him joyful.

Some of the bodysurfers use paddles attached to their hands to improve glide and stability. Others stick to outstretched arms and fingers.

They seem to fall diagonally into the barrels of the surf, their frames arched to limit contact with the breaking water.

"It's called a curl," says Havenga.

'Flying through the water'

Joubert says there is something organic about bodysurfing.

"You do it as a kid, intuitively, before you even know it has a name," he says.

"We've all done it. It's fun and you can't really hurt yourself," agrees Liam Kilbride, 19, who grew up just 20 minutes from the beach.

Joubert, who owns a surf shop close by, concedes he is "more relaxed" without a board that clings to the water's surface and is leashed to the ankle. 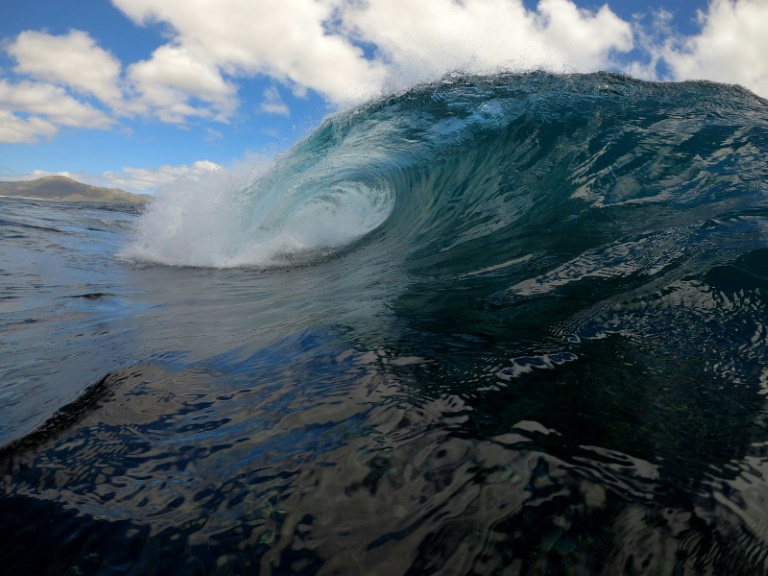 Bodysurfing is the closest you can possibly get to the waves.

But, he notes, you have to be a good swimmer ready to kick energetically "like in your mother's womb".

"It takes you back to childhood, there's nothing serious about bodysurfing, it's just fun," he adds. "You're either thinking good thoughts or your head is empty."

Havenga says the feeling of "flying through the water" makes him joyful, even if he shyly notes that women seem to be more interested in surfers with boards.

Finished with his before-work dip, Pearse dries himself vigorously on the beach.

"Absolute freedom!" he beams, "Catch the waves, embrace the movement... you just position yourself and enjoy it."