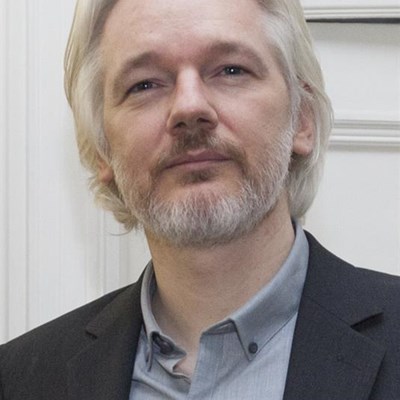 Julian Assange
INTERNATIONAL NEWS – UK publication, The Guardian, reported that WikiLeaks founder Julian Assange will agree to be arrested by British police on Friday if a UN investigation does not rule that he is being illegally detained.

Assange has been living in the Ecuadorian embassy since June 2012, after Swedish authorities sought his extradition. He has not been charged with any offence, but has been sought for questioning in Sweden in relation to sexual assault allegations made against by two women against him.

The United Nations working group on arbitrary detention is set to hand down a determination on Assange’s case on Friday morning.

The decision is a last-ditch legal attempt by Assange for a ruling that his detention is arbitrary and unlawful. It rests on a challenge to the European extradition system, his inability to access the benefit of the grant of asylum by Ecuador, and what he argues is his long-term detention.

In a statement issued by WikiLeaks on Twitter, Assange said: “Should the UN announce tomorrow that I have lost my case against the United Kingdom and Sweden, I shall exit the embassy at noon on Friday to accept arrest by British police as there is no meaningful prospect of further appeal.

“However, should I prevail and the state parties be found to have acted unlawfully, I expect the immediate return of my passport and the termination of further attempts to arrest me.”

The Guardian reports that the WikiLeaks founder had raised repeated concerns about Swedish demands that he be questioned in person over the allegations, due to fears he may be extradited to the United States.

A grand jury investigation is still believed to be underway in the US following WikiLeaks’ publication of the Afghan war diary and United States diplomatic cables.
Source: African News Agency (ANA)