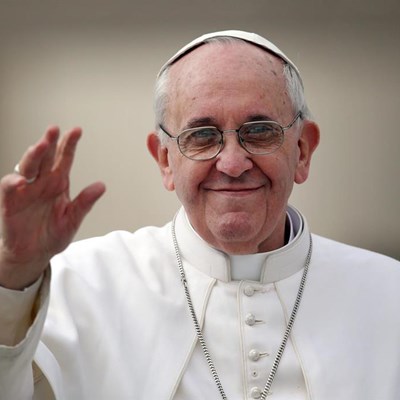 Pope Francis
INTERNATIONAL NEWS - Pope Francis landed on U.S. soil for the first time just before 4 p.m. ET on Tuesday, launching a six-day visit that will highlight his love for the poor and his willingness to tackle the nation's most significant political, social and economic controversies.

In an unprecedented welcome for a foreign dignitary, President Barack Obama, first lady Michelle Obama and their daughters, along with Vice President Joe Biden and his family, traveled to Joint Base Andrews outside Washington to greet the pontiff, who arrived from Cuba.

The flags of the United States and the Vatican flapped from the cockpit windows of the pope's chartered Italian jet as it rolled to a stop near a line of priests in black and red robes and a group of children from local Catholic schools.

The Argentine-born Pope appeared at the top of the stairs of the plane in a white cassock, smiled and removed his skullcap so it would not be blown away by the wind. Obama greeted him at the foot of the steps with a handshake and a warm smile.
Read more on CNN.