The North Korean foreign ministry said it wanted US Secretary of State Mike Pompeo removed from talks, calling him 'reckless' and 'immature'.

INTERNATIONAL NEWS - North Korea on Thursday demanded the removal of US Secretary of State Mike Pompeo from talks over its banned nuclear programme, hours after the isolated state claimed to have tested a new kind of weapon.

Describing Pompeo as "reckless" and immature, the foreign ministry said it wanted him replaced by another interlocutor, a demand that significantly ups the ante in a sensitive diplomatic standoff.

Pyongyang and Washington have been at loggerheads since the collapse of a summit between Kim Jong Un and Donald Trump earlier this year.

"I am afraid that, if Pompeo engages in the talks again, the table will be lousy once again and the talks will become entangled," Kwon Jong Gun, director general of the ministry's Department of American Affairs said, according to the official KCNA news agency.

"Therefore, even in the case of possible resumption of the dialogue with the US, I wish our dialogue counterpart would be not Pompeo but... (another) person who is more careful and mature in communicating with us."

It is not the first time North Korea has singled out Pompeo for special criticism.

When the secretary of state met with North Korean officials in Pyongyang in July last year, he was condemned for his "gangster-like" insistence that the North move towards unilateral disarmament.

Kwon, whom KCNA said was responding to a question from one of its journalists, said leader Kim had made clear that the US attitude has to change.

He said Pompeo was standing in the way of a resumption of talks.

"We cannot be aware of Pompeo's ulterior motive behind his self-indulgence in reckless remarks; whether he is indeed unable to understand words properly or just pretending on purpose.

"The US cannot move us one iota by its current way of thinking. In his previous visits to Pyongyang, Pompeo was granted audiences with our Chairman of the State Affairs Commission for several times and pleaded for the denuclearization.

"However, after sitting the other way round, he spouted reckless remarks hurting the dignity of our supreme leadership at Congress hearings last week to unveil his mean character by himself, thus stunning the reasonable people."

In testimony to a Senate subcommittee last week, Pompeo, who flew to Pyongyang four times last year, was asked if he would agree with the characterisation of Kim as a "tyrant".

"Sure. I'm sure I've said that," Pompeo replied.

North Korea takes an exceedingly dim view of anything it sees as a personal attack on Kim, who enjoys a personality cult among a people who are fed a steady diet of propaganda about the founding family.

Since the beginning of the thaw in relations between the US and North Korea, Pyongyang has been far happier to deal directly with Trump, who critics fear is too soft on the regime and is not sufficiently versed in diplomacy.

The US president has made much of his personal relationship with Kim, musing on several occasions about their "love" for each other. 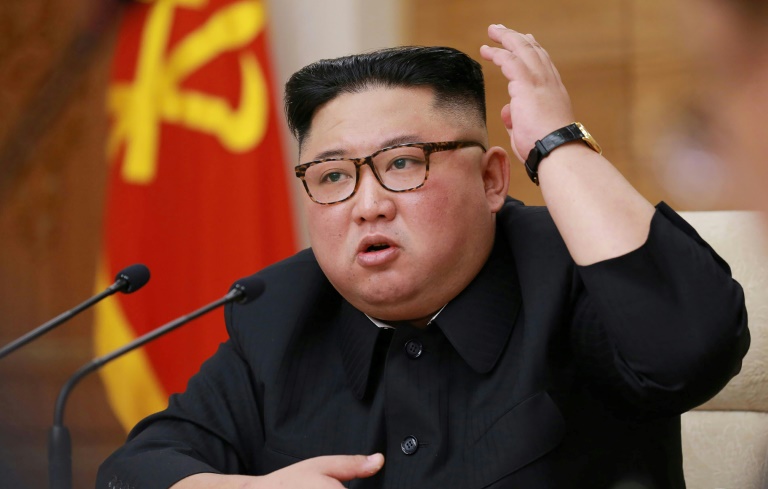 North Korean leader Kim Jong Un said last week he was open to talks with US President Trump only if Washington came with the 'proper attitude'.

'Powerful warhead'
Thursday's extraordinary attack on Pompeo came hours after KCNA announced Kim had supervised the test-firing of a new tactical weapon with a "powerful warhead".

Wednesday's test was "conducted in various modes of firing at different targets" KCNA reported, adding that Kim described its development as one "of very weighty significance in increasing the combat power of the People's Army".

The report gave no details of the weapon.

South Korea had not detected anything on radar so it was unlikely to have been a missile, a military official told AFP.

"The description makes whatever was tested sound like a missile, but that could be everything from a small anti-tank guided missile to a surface-to-air missile to a rocket artillery system," said North Korea analyst Ankit Panda.

Earlier in the week, the Center for Strategic and International Studies, a US monitor, said activity had been detected at Yongbyon, the North's main nuclear testing facility.

Kim's Hanoi summit with Trump, the second between the two men, ended abruptly, with North Korea later protesting that the US was being unreasonable.

Since then, North Korea has said it is mulling options for its diplomacy with the US, and Kim said last week he was open to talks with Trump only if Washington came with the "proper attitude".

"Kim is trying to make a statement to the Trump administration that his military potential is growing by the day," said Harry Kazianis, an analyst at the Center for the National Interest.

"His regime is becoming frustrated with Washington's lack of flexibility in recent negotiations."