"Russia will not be able to catch anyone by surprise anymore. Ukraine and our friends remains vigilant," Foreign Minister Dmytro Kuleba said alongside the NATO chief.

Concern is mounting that the long-simmering conflict in east Ukraine could spiral back into wider fighting after reports of major Russian troop movements and an intensification of clashes with Moscow-backed separatists.

"Russia must end this military build-up in and around Ukraine, stop its provocations and de-escalate immediately." 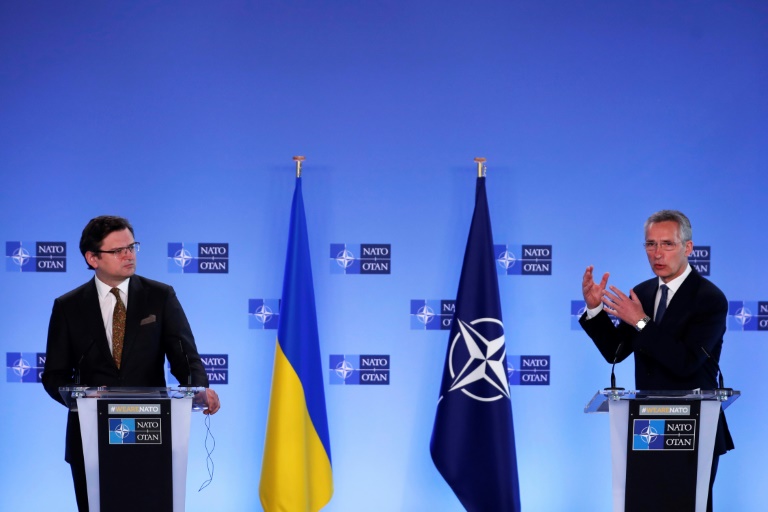 "In recent weeks, Russia has moved thousands of combat-ready troops to Ukraine's borders, the largest massing of Russian troops since the illegal annexation of Crimea in 2014," Stoltenberg said.

Ukraine - which applied to join the US-backed alliance in 2008 - is pressing Western powers for "practical" support as it seeks to deter any new aggression from Moscow.

"Russia will not be able to catch anyone by surprise anymore. Ukraine and our friends remains vigilant," Foreign Minister Dmytro Kuleba said alongside the NATO chief.

"We do not and will not lose time, and should Moscow take any reckless move or start a new spiral of violence it will be costly in all senses."

Kuleba was to hold talks in Brussels later Tuesday with US Secretary of State Antony Blinken, who has jetted back for fresh talks at NATO after a visit last month.

NATO members remain deeply reluctant to heed Ukraine's appeal to speed up its push for admission as they seek to avoid ratcheting up the tension.

The Kremlin, which has not denied the troop movements along the border, has said it is not planning to go to war with Kiev, but also added that it "will not remain indifferent" to the fate of Russian speakers in the east.

'Powder keg'
Moscow on Tuesday accused the US and other NATO countries of turning Ukraine into a "powder keg".

"If there is any aggravation, we of course will do everything to ensure our security and the safety of our citizens, wherever they are," Deputy Foreign Minister Sergei Ryabkov was quoted as saying by Russian news agencies.

"But Kiev and its allies in the West will be entirely responsible for the consequences of a hypothetical exacerbation," he added. 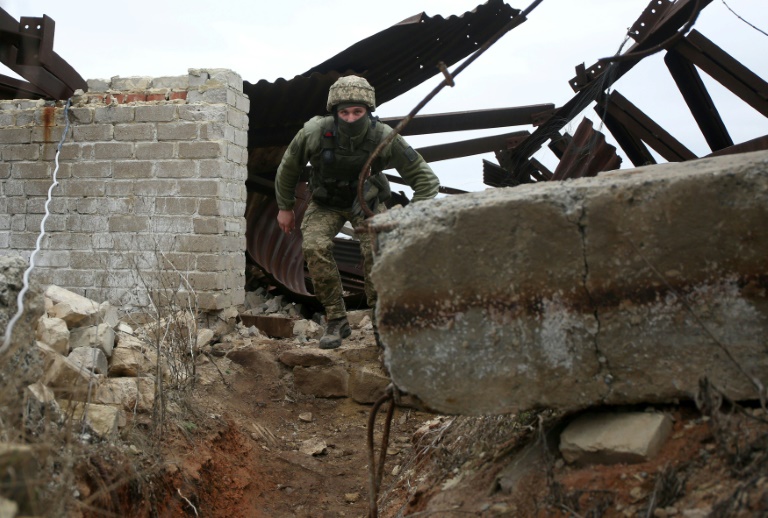 A Ukrainian serviceman patrols at a position on the frontline.

The troop build-up comes amid a spike in violence along the front line between Russian-backed separatists and Ukrainian forces in the east of the country.

Ukraine's military said that one of its soldiers was killed on Tuesday when a drone dropped grenades on his position, taking to 29 the number of fatalities for Kiev this year.

Fighting subsided in 2020 as a ceasefire agreement took hold last July, but clashes have picked up again since the start of the year, with each side blaming the other.