The fire marks the second time in four years that her home in the province's central Canim Lake rural area has been threatened by a blaze.

A firefighting tanker drops a retardant over the Grandview fire near Sisters, Oregon on July 11, 2021.

INTERNATIONAL NEWS - Thousands of residents fled blazes in western Canada on Wednesday with several hundred soldiers scheduled to deploy to fight this year's virulent and early fires, which are wreaking havoc across portions of western North America.

"I have a holiday trailer that is my new home," said Margo Wagner, head of a district in the western province of British Columbia, who has found herself among the evacuees.

The fire marks the second time in four years that her home in the province's central Canim Lake rural area has been threatened by a blaze.

South of the border, a number of communities in the United States are being threatened by wildfires, creating conditions so extreme that the blazes have generated their own weather, according to experts.

The largest among these is still the Bootleg Fire in Oregon, which has burned through a section of land the same size as the city of Los Angeles, in just two weeks.

"The fire got so big and it creates so much energy that it started to create its own weather," Marcus Kauffman, a specialist with the Oregon Department of Forestry, told AFP, adding that the blaze "feeds on itself" and has even been making its own lightning. 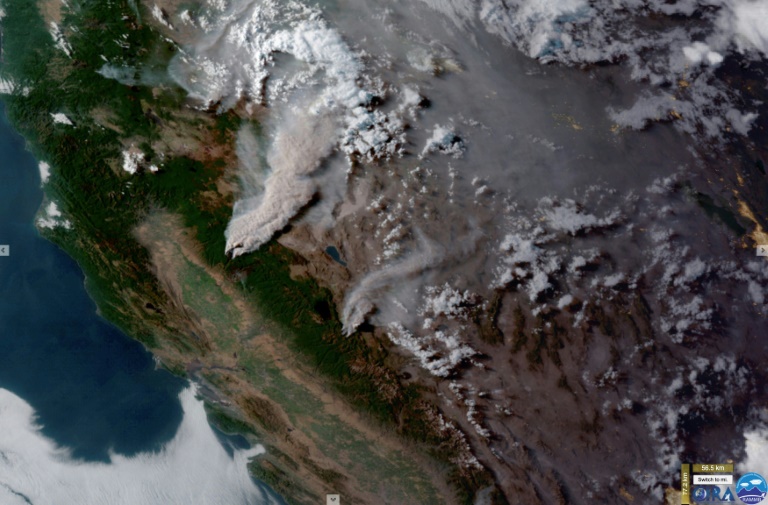 Smoke from the Dixie Fire (top) and the Tamarack Fire in Northern California on July 21, 2021

Firefighters' work over the past two weeks "has undoubtedly protected hundreds of homes and we remain vigilant to the task at hand," said Ian Yocum of the Oregon State Fire Marshal.

In neighboring California, several towns were evacuated as they faced rising flames from the Dixie Fire, a conflagration that may have been caused by a tree falling on Pacific Gas and Electric (PG&E) lines.

Last year the company pleaded guilty to manslaughter and causing a fire that devastated the nearby town of Paradise, California in 2018, due to faulty lines.

On Wednesday, it announced its intention to bury thousands of miles (kilometers) of power lines, starting with those located in areas prone to fires.

Back in Canada, British Columbia declared a state of emergency on Monday, with more than 5,700 people under an evacuation order.

Other neighboring areas are preparing for the worst since weather conditions - particularly wind and heat - are not expected to give the more than 3,000 firefighters already battling the blazes a break anytime soon.

"I have been living here in Ashcroft for almost 25 years now and I have never seen anything like this before," said Mayor Barbara Roden, whose municipality in the center of the province has been on high alert since July 14.

"The most frightening thing in a lot of ways is that we're all looking at the calendar and this is only half way through July," she said. 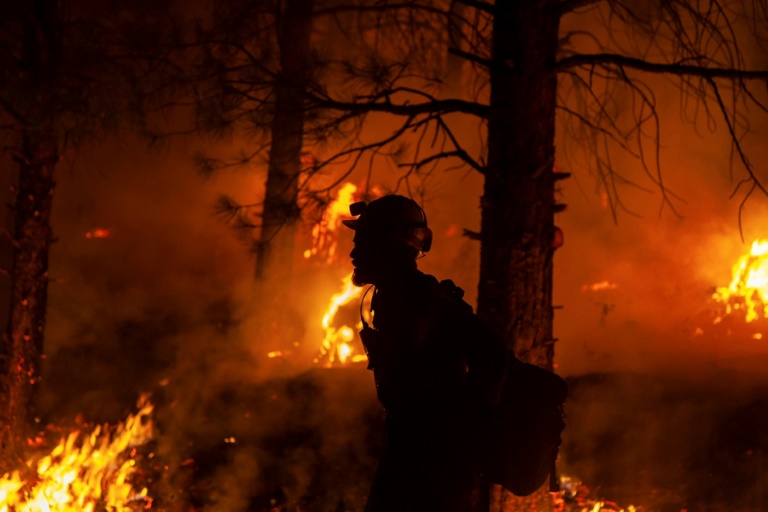 A firefighter participates in nighttime firefighting operations on July 15, 2021 at the Bootleg Fire in Oregon.

The Canadian armed forces are preparing to deploy 350 additional troops to British Columbia and 120 to Manitoba, a central province also struggling with large fire outbreaks, according to the Canadian Joint Operations Command.

In Ontario, some 75 military personnel are helping firefighters.