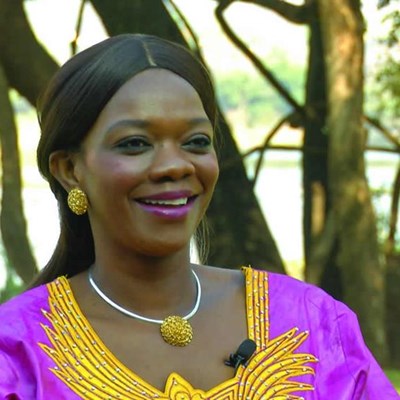 The debate was sparked by Member of Parliament for Chongwe Constituency, Sylvia Masebo, when she announced her decision to leave her party, the Patriotic Front (PF), and campaign for opposition United Party for National Development (UPND) candidate Hakainde Hichilema.

The Chongwe legislature challenged PF candidate Edgar Lungu to take medical tests but that attracted a sharp reaction from Lungu and his campaign team.

Frederick Chiluba, who ruled Zambia after fighting for the reintroduction of multi-party politics in 1991, also died in 2007, seven years after leaving power in 2001.

"We do not want another by-election. So I am challenging Edgar Lungu to go for medical tests," Masebo told supporters in Chongwe, 35 kilometres east of the capital Lusaka.

The question of medical examinations for presidential candidates came to prominence soon after the death of Mwanawasa to a stroke.

Sata, opposition leader at the time, said candidates must prove their bill of health to achieve certainty.

Addressing supporters in Mpika in northern Zambia, Lungu reacted by challenging Masebo to do medical tests alongside presidential candidates.

He said he was prepared to undergo medical tests to prove that he was fit to run the country as Zambia's sixth president, Paza reported.

Lungu has promised to continue with Sata's vision and complete some projects he embarked when he assumed power in 2011.

There has been a war of words between Lungu and Masebo especially after the private tabloid, the Post newspaper, published his medical records from CFB hospital showing he needed a kidney transplant.

These could be drawn with the help of the Law Association of Zambia and other stakeholders, reported Paza.

Kalaba said Lungu had not visited a doctor with any complaint over a long period of time or in recent years.

Kalaba said the Post report was a thinly veiled attempt to undermine Lungu in the eyes of voters, as to lessen the popular support the defence and justice minister continued to enjoy among Zambians ahead of the polls, set for January 20.

Zambia is struggling with a poor health system, with one out of every nine children dying before the age of five years, according to the most recent Zambia Health Demographic Survey conducted in 2007.

The infant mortality rate for children under five is 70 deaths out of every 1000 live births, reported Paza.