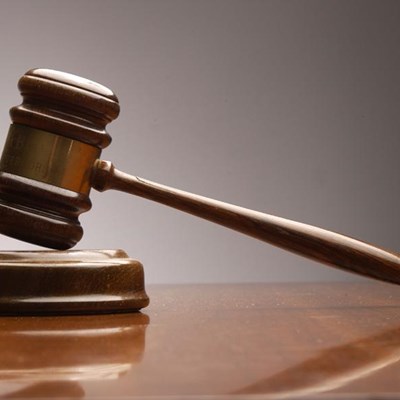 Generic image
INTERNATIONAL NEWS – A Zimbabwean poacher has been sentenced to nine years in prison by a court in the northern town of Kariba following his arrest on charges of poaching and illegal
possession of 22 kilogrammes of elephant tusks.

In an alert posted on its Facebook page on Monday night, the Matusadona Anti-Poaching Project (MAPP) said Sabhuku Blessing Magomo pleaded guilty and was sentenced to eight years in prison on the illegal ivory possession charge and a further one year jail sentence for escape from lawful custody.

“Last year, Magomo escaped from lawful custody after being arrested for alleged ivory dealing by Criminal Investigations Department (CID) and MAPP details. He was apprehended again by game rangers recently.

“He has been tried in court today (Monday) and found guilty of illegal possession of ivory and received nine years. Another year (in jail) was passed down for escaping from lawful custody,” the statement said.

MAPP is a wildlife conservation and monitoring group set up by volunteers to help the Parks and Wildlife Management Authority (PWMA) conduct effective anti-poaching patrols to stem the high tide of poaching in the Matusadona National Park, which lies on the southern shore of Lake Kariba on the Zambezi River.

The sentencing of the poacher is the second MAPP success recorded in three days. On Saturday, the anti-poaching unit arrested at least five men and recovered several zebra hides, a python skin and a live pangolin.

However, poachers continued to wreak havoc in Matusadona where the neighbouring Bumi Hills Anti-Poaching Unit (BHAPU) reported the loss of three of the 83 specially conserved buffalo under its care.

“The discovery of three poached (snared) buffaloes today was very hard for us. Fifteen cable wire snares were recovered from the bushes where they had been set up. The agony of these animals before they succumb to death can only be imagined.

“We hope to track down those responsible and bring them to justice. This leaves our resident herd of 83 down by three valuable animals – a loss we can ill afford,” BHAPU said in a statement released on Monday night.

On Sunday, Zimbabwe’s Sunday Mail newspaper quoted the police saying they had arrested several suspected poachers and recovered one ton of cyanide concentrate which is believed to have been used in the poisoning of water sources and salts licks which killed more than 100 elephants in Hwange National Park in October last year.

The suspects, who are still in custody, include a father and son who were arrested on December 23, after a brief fire-fight with game rangers in Chizariria National Park in the extreme northern district of Binga.

They were found with a .303 rifle, four live rounds of ammunition, one spent cartridge, 17 ‘Class One’ wire snares and a freshly-killed impala carcass.