The Mount Meron stampede was one of the worst peacetime disasters in Israel's history.

INTERNATIONAL NEWS - Israel was preparing Saturday to bury more victims of a stampede that killed at least 45 people at a Jewish pilgrimage site, one of the nation's worst peacetime disasters.

Most of the victims were ultra-Orthodox Jews and funerals were expected to be held after sunset which ends the Sabbath, the Jewish day of rest.

Some funerals had already taken place on Friday, just hours after the overnight disaster.

Tens of thousands of people had thronged to Mount Meron and the reputed tomb of Rabbi Shimon Bar Yochai to mark the Lag BaOmer holiday and commemorate the second-century Talmudic sage's death.

"So far, the bodies of 32 victims of the Meron disaster have been identified," the Israeli Health Ministry said late Friday, adding that 22 bodies had been released for burial.

"Due to the start of the Sabbath, and by order of the Chief Rabbi of Israel, it is not possible to continue the process" of identification or to hold funerals, it said, adding that this would resume from Saturday evening.

'Complex and sensitive'
Identification of some of the bodies may require fingerprinting, DNA and dental testing, the ministry said.

"We are working hard, but you have to understand that this is a complex and sensitive process," said Dr. Chen Kugel, director of the National Center of Forensic Medicine. 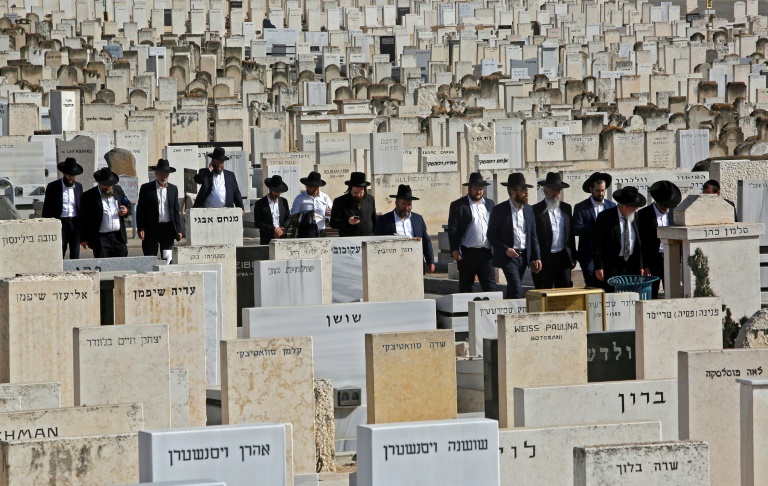 Ultra-Orthodox Jews were on Friday burying victims of the tragedy, but many of the funerals will have to wait for the end of Shabbat on Saturday evening due to religious customs.

Work must be done "responsibly" to avoid mistakes, he added.

The pilgrimage was one of the largest public gatherings in Israel since the Covid-19 pandemic erupted last year.

In a cruel irony, the Lag BaOmer holiday celebrates the end of a plague that killed thousands of Talmudic students at the time of Rabbi Bar Yochai.

Israel has fully vaccinated more than half of its 9.3 million population against the coronavirus, but restrictions remain on large public gatherings.

Officials had warned overcrowding could lead to a spike in infections, and only authorised 10,000 to attend.

Several Israeli media outlets reported that about 100,000 people had attended the pilgrimage, although AFP could not immediately confirm that figure.

Before the tragedy, a tightly-packed crowd was singing and dancing, praying and lighting candles, according to images filmed by AFP.

Men and women were separated, and children were also present.

There were conflicting reports about what caused the crush, but multiple witnesses said scores of people trampled each other as they moved through a narrow passage.

Some blamed police for blocking access to a ramp that could have allowed some to escape. 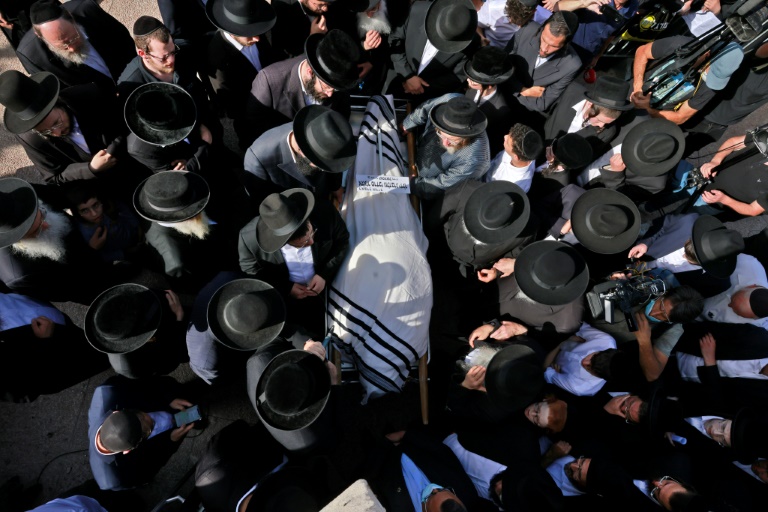 Ultra-Orthodox Jewish men attend the Jerusalem funeral of one of the stampede victims.

The police "closed it (the ramp). Then, more people arrived, and more and more... and police wouldn't let them exit, so people started to fall on top of each other," Shmuel, 18, told AFP.

There were also indications that pilgrims had tried to burst through iron barricades as the choke-point formed.

The Magen David Adom rescue agency said an estimated 150 had been injured, and dozens of ambulances, military and civilian helicopters rushed them to hospital.

The disaster was "one of the worst to hit" Israel since its foundation seven decades ago, he added, promising a "thorough, serious and in-depth investigation in order to ensure that such a disaster does not recur".

Northern Israel's police chief Shimon Lavi said his officers had done all they could to save lives on a "tragic night", but that he was prepared to assume "overall responsibility".

On Friday, funerals were held in Jerusalem and the mainly ultra-Orthodox city of Bnei Brak, where men in traditional long black coats lined the streets to mourn. 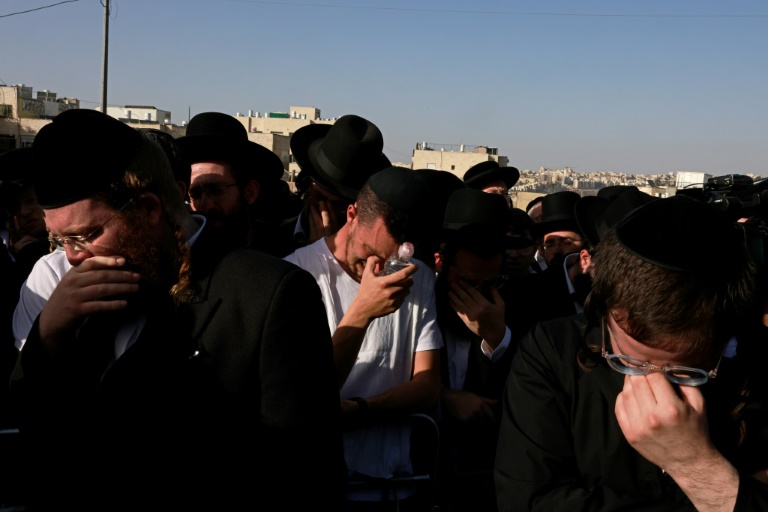 Israel's health ministry put the toll at 45 dead in the stampede at the reputed tomb of Rabbi Shimon Bar Yochai.

Among the victims was 38-year-old Elazar Goldberg.

"Ask up there that God protects your children," his father said, as his son was laid to rest in Jerusalem.

US President Joe Biden led world leaders expressing their condolences, saying "the loss of life among worshippers practising their faith is heartbreaking."

The State Department said several US citizens were among the casualties.

Palestinian president Mahmud Abbas sent prayers "for the victims and hope for the recovery of the injured".

European Council chief Charles Michel wished "strength and courage" to the Israeli people, while Britain's Queen Elizabeth said she was "deeply saddened by news of the disaster".