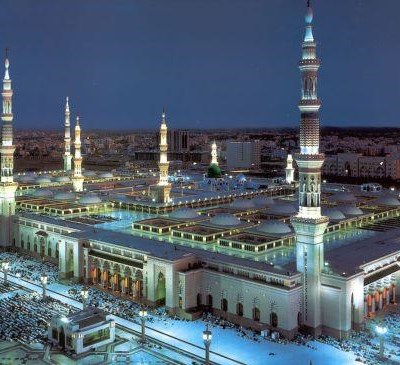 The deadliest attack occurred in Medina, where four people were killed and another person was wounded.
INTERNATIONAL NEWS - A wave of suicide bombings hit three Saudi Arabian cities over a 24-hour period.

The attacks came on the heels of massive jihadi assaults in the Muslim world last week that have been been tied to ISIS; analysts believe that this string of assaults in Saudi Arabia could be the work of the terror group.
There has been no claim of responsibility.
Two of the attacks failed but four people were killed in the third, all of which appear to be coordinated - targeting both Saudi security forces and Western interests.
The first occurred before dawn near the U.S. Consulate in Jeddah. The attacker killed only himself after detonating an explosive according to the state-run Saudi Press Agency. Policemen were injured in the attack.
The Saudi Interior Ministry identified the Jeddah bomber as Pakistani national Abdullah Qlazar Khan.
The ministry said the 34-year-old man blew himself up with an explosives belt. He lived in Jeddah with his wife and one of her parents. He came to Saudi Arabia 12 years ago to work as a driver, Saudi officials said.
In Qatif in eastern Saudi Arabia, a suicide bomber attempted to launch an attack at a Shiite mosque but failed, killing himself in the process, according to an official with knowledge of the event. There were no injuries.
The deadliest occurred in Medina, where four people were killed and another person was wounded, according to an official with knowledge of the event. The city is a major spot in Islam because that's where the Prophet Mohammed is buried.
The bomber, who died in the explosion, targeted security officers, but it is unknown precisely who was killed, the source said.
Read more on CNN.