Hundreds of people line up to buy gasoline at a station in Morelia, Mexico amid spiralling shortages

INTERNATIONAL NEWS - President Andres Manuel Lopez Obrador urged Mexicans Wednesday not to panic as gasoline shortages spread across the country, caused by a crackdown on fuel theft that risks costing him support.

The president says the shortages were triggered by his administration's decision to temporarily close some of state oil company Pemex's pipelines - part of his bid to wipe out rampant fuel theft that cost the country an estimated $3 billion in 2017.

But for a politician who campaigned on energy nationalism and a promise of more Mexican refineries to produce more cheap gasoline, the shortages have turned into a public relations debacle.

At his daily press conference, Lopez Obrador - an anti-establishment leftist who took office last month after a landslide election win - vowed to keep up his fight against fuel theft and urged Mexicans not to make the shortages worse with panic buying.

"We're going to resist the pressure. I'm asking people to help us. How can you support us? By acting prudently and calmly, without panicking, without listening to alarmist and biased information," he said.

"There is enough gasoline in the country ... We are in the process of returning to normal deliveries."

That was little comfort for customers like Alfonso Mendoza, a traveling salesman who spent more than four hours waiting to fill up his car after a week of shortages.

He lives in the central city of Guanajuato, where some people spent the night in their cars, queued up outside the limited number of functioning service stations.

"I couldn't go to work today. I have to travel for my job, so it affects me a lot. It's not good, what (the president) is doing," said Mendoza.

"He's trying to catch the thieves, but we're the ones who get screwed over." 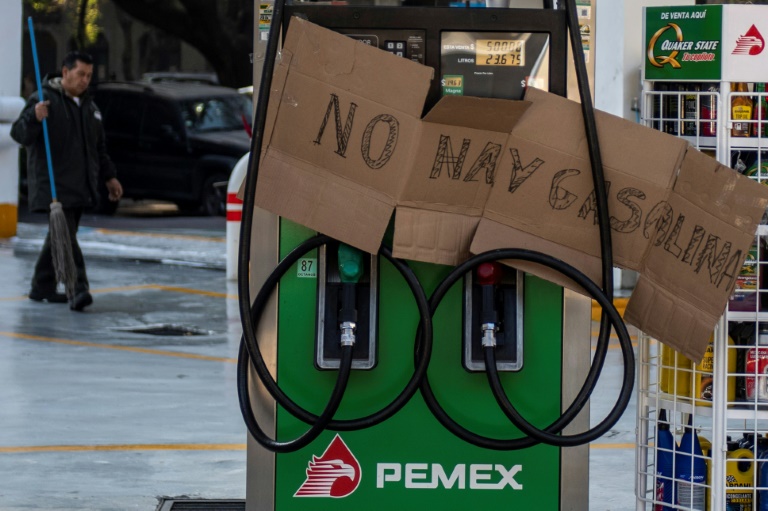 One of many gas stations in Mexico City closed due to lack of fuel.

The pipeline closures have led to shortages in various places around Mexico, particularly in the center of the country, as service stations run out of fuel or limit customers to purchases of 10 liters (about two and a half gallons).

Mexico City is among those affected, though officials insist the fuel supply to the capital is normal and the shortages are being caused by panic buying. 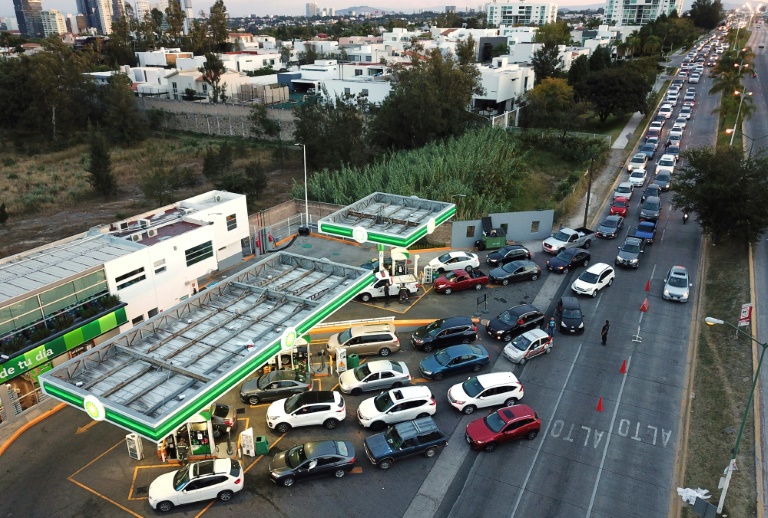 Hundreds of motorists queue at a gas station in Zapopan, Jalisco State.

Energy analyst Ramses Pech said there were not enough tanker trucks in the country to compensate for the pipeline closures. The legal distribution system is also under greater pressure than usual because of the crackdown, he said.

"They turned off the pipelines and people who had been buying stolen fuel had to return to service stations. They didn't have enough volume to meet demand," he told AFP. 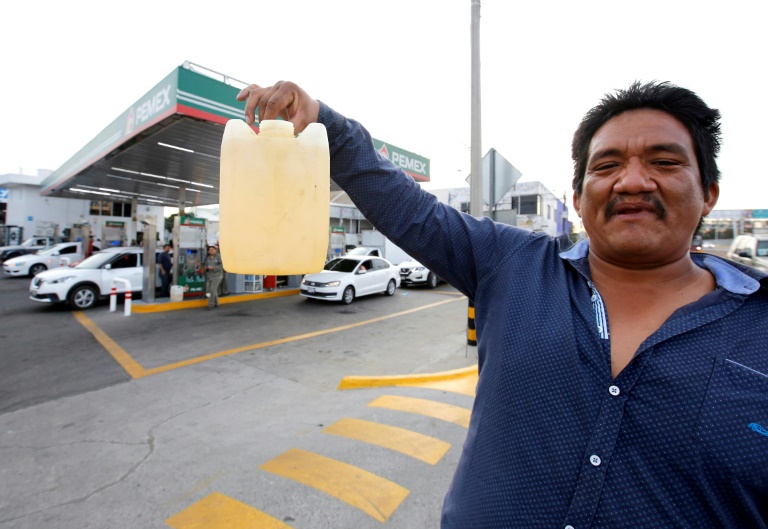 One man got lucky -- he was able to buy a small tank of gas in Guadalajara -- but analysts say the shortages could take a toll on Latin America's second-largest economy.

"If the supply difficulties are prolonged in the affected zone, it could impact economic activity in the industrial and service sectors, as well as the prices of agricultural and other goods," they said in a note.

The Eurasia Group consultancy warned the episode could "ding the president's popularity" and augur tough times ahead for the new administration.

"The faulty implementation of the strategy to fight fuel theft shows some of the administration’s weakness," it said.

"An inexperienced and understaffed energy team combined with Lopez Obrador's centralized decision-making style, especially in politically sensitive issues such as gasoline, leads to inefficient and unplanned reactions that cause bigger problems." 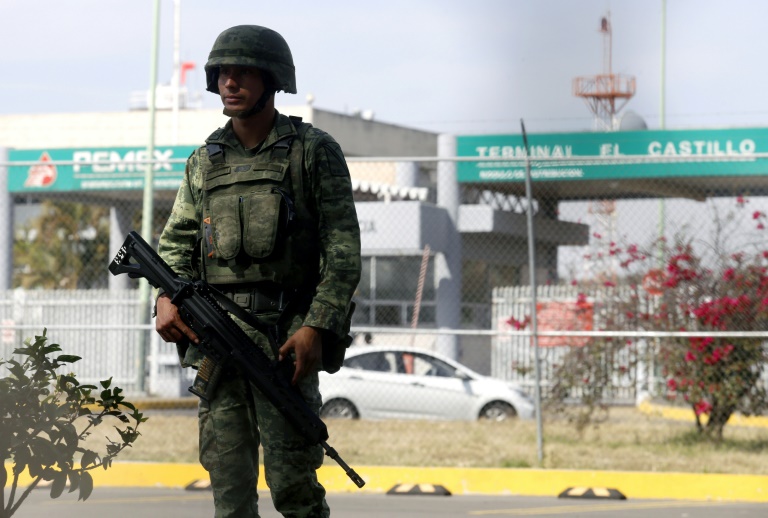 A soldier stands guard outside a Pemex storage and distribution center in El Salto, Jalisco state.

Authorities say the crime is partly an inside job. Lopez Obrador confirmed Tuesday that Pemex's former security chief is among those under investigation.

To crack down on fuel theft - known in Mexico as "huachicol," or moonshining - the government has deployed the military to escort fuel shipments and guard Pemex production facilities, inspecting workers as they enter and exit.

Lopez Obrador has also introduced legislation to reclassify fuel theft as a major crime not eligible for bail.