China does not dictate to SA: Masango 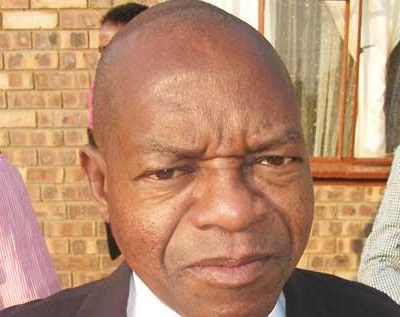 "The perception that China dictates to South Africa on the basis of trade relations is wrong and unfounded," committee chairman Siphosezwe Masango said in a statement.

There had been speculation that the Dalai Lama not getting a visa to enter South Africa once again was due to pressure from China.

"China is a trade partner of South Africa, as is the United States, and that should not influence who the country befriends."

He welcomed what he said was clarification provided on the visa application. On Friday, the department of international relations and co-operation (Dirco) said the visa application for the Tibetan spiritual leader was withdrawn by his office while it was being considered.

The Dalai Lama wanted to attend the Nobel Peace Laureates summit in Cape Town this month.

Last month, 14 Nobel laureates wrote to President Jacob Zuma asking that a South African travel visa be granted to the Dalai Lama after he failed to secure the document for the third time in five years.

At the time, Dirco said the visa application was a closed matter and that he had cancelled his trip.

On Thursday, Agence France-Presse quoted the Dalai Lama as saying he was refused entry into the country.

"The Nobel Peace summit scheduled to be held in South Africa to honour the legacy of our fellow laureate, the late Nelson Mandela, has been cancelled as the South African government wouldn't allow me to attend it," the Dalai Lama said in a speech in the northern Indian town of Dharamshala.

"This is sort of bullying a simple person."

The City of Cape Town said on Thursday the summit would be moved to another country.

Masango said it would have been unjust to stop the Dalai Lama from entering South Africa "as there would be no grounds for such an action".

"Trade with the Far East and any other strategic trading partners does not, and should not, mean China's adversaries are South Africa's.