James Dyson's new property in Wallich Towers has five bedrooms, a private garden and a viewing deck on the 62nd floor.

His electric appliance company, known for its bagless vacuum cleaners, hand dryers and fans, announced this year it was shifting its global headquarters from England to the city-state to be closer to Asian markets.

The company also plans to produce electric cars there, as part of its expansion east after Britain's decision in 2016 to leave the EU.

A land title document seen by AFP lists Dyson and his wife Deirdre as joint tenants of the 99-year leasehold property, with the sale registered on June 20.

The company confirmed Dyson, 72, had bought a property in the city.

The luxury home at Wallich Residence sits on the top three floors of a 64-storey, 290-metre high tower - the tallest in Singapore - which is in the business district and has panoramic views over Singapore, including popular waterfront area Marina Bay.

It has five bedrooms, each with their own en-suite bathroom, a private garden and a viewing deck on the 62nd floor, according to a sales brochure for the property.

It also has a private lift, storage for 600 bottles of wine, and a round-the-clock dedicated butler service.

The cost is below a price tag of over Sg$100 million originally sought for the property.

A Dyson spokesman declined to give details of the purchase but told AFP: "Given the decision to locate the headquarters in Singapore and the growing focus of the company's business in the region, of course James Dyson has bought a property there." 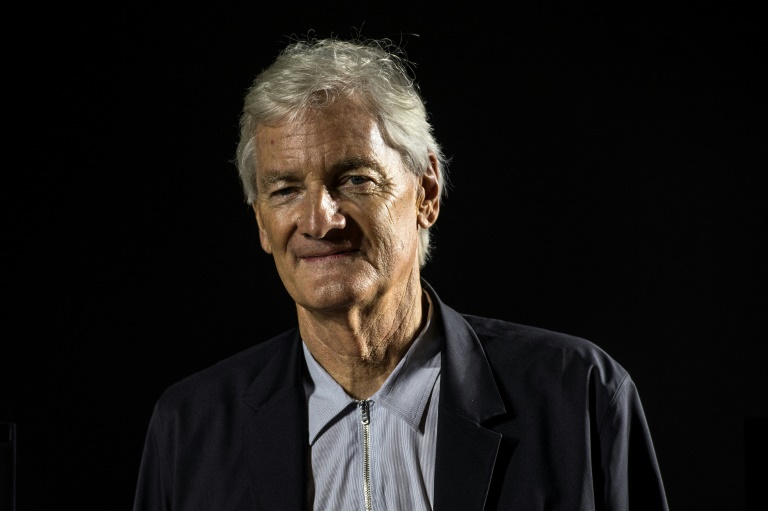 Although pro-Brexit, James Dyson moved his company's headquarters from England to Singapore after Britain's decision to leave the EU in 2016

It is the highest price paid for a condo in the city-state - where property is among the world's costliest - beating the nearly Sg$60 million paid by Facebook co-founder Eduardo Saverin for a penthouse in 2017, according to local media.

Affluent and developed, Singapore has long attracted wealthy residents from around Asia and the world - a trend that has helped fuel a rise in property prices over the years.

The government has taken steps to cool the property market - in July last year, they raised buyers' fees and tightened loan requirements.

In October, Dyson announced it had picked Singapore for its first electric car plant, sparking criticism from some quarters that the Brexit-supporting tycoon was not investing more at home.

A prototype Dyson electric vehicle is in the works for 2020, followed by a product launch in 2021.

The company insists its decision to move headquarters from western England is not due to Brexit but an effort to be closer to a growing majority of its customers.