Amazon has the potential to emerge from the crisis as a hero after being hammered in recent months for its dominance of online retail and cloud computing.

INTERNATIONAL NEWS - Amazon is finding itself in a new role in the coronavirus crisis as hunkered-down consumers increasingly turn to the tech giant for anything from toilet tissue to streaming television.

The massive infrastructure Amazon has spent years building n warehouses, distribution, delivery and cloud computing has vaulted the company into a critical role in the crisis.

In a time when many are confined to their homes, consumers will have high expectations that Amazon will come though to meet their needs and demands.

Amazon, which has expanded its food operations with the acquisition of the Whole Foods grocery chain, has shifted its priorities in recent days to help people get needed household basics and medical supplies.

"Fairly or unfairly, people will expect that Amazon will always have some things, like toilet paper. If not, they're going to catch more grief than if a local grocery store is out."

Amazon this week boosted pay and set out to hire 100,000 more US workers to add to its global workforce of some 800,000 to cope with a surge in online shopping prompted by coronavirus fears.

The Seattle-based firm expects to spend more than $350 million to bump up hourly pay in the North America and Europe for employees and partners in distribution centers, transportation operations and stores.

"Getting a priority item to your doorstep is vital as communities practice social-distancing, particularly for the elderly and others with underlying health issues," senior vice president of worldwide operations Dave Clark said in a blog post.

"We are seeing a significant increase in demand, which means our labor needs are unprecedented for this time of year." 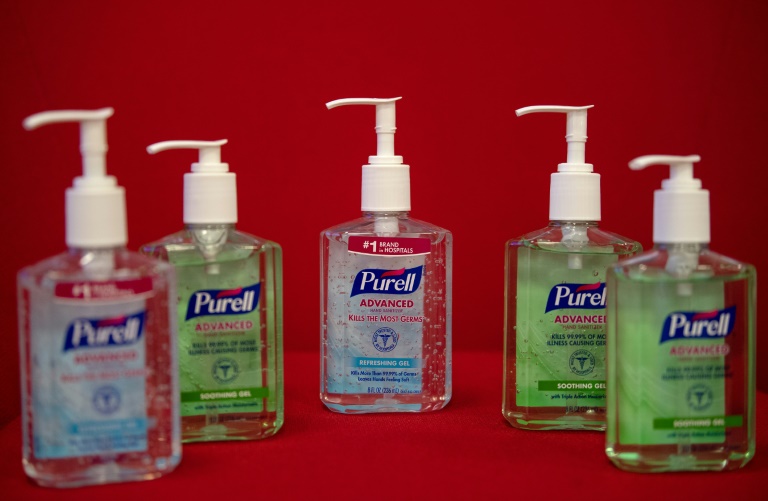 Amazon has been working to thwart price-gouging of sought-after products as it ramps up efforts to meet demands in the coronavirus age.

Looking for a hero

Amazon accounts for some 37 percent of US e-commerce sales, according to the research firm eMarketer, and is the largest cloud computing firm which powers online operations around the world, including for firms like rival streaming platform Netflix.

If Amazon becomes a salvation for people unable or afraid to go out to shops due to coronavirus risk, it could win new users and become a more entrenched habit, and potentially boost its image at a time when Big Tech has come under fire.

"Worst case, Amazon gets looked at as the company that had to shut down like other retailers (due to the coronavirus)," said analyst Patrick Moorhead of Moor Insights and Strategy.

Moorhead used Amazon to deliver groceries to his octogenarian father ensconced at home, and to his in-laws, seniors "hiding out" in a lakeside house.

Amazon this week said it was reorganizing its operations, slowing down some deliveries to help people with more pressing needs.

"We are seeing increased online shopping and as a result some products such as household staples and medical supplies are out of stock," Amazon said in response to an AFP inquiry.

"With this in mind, we are temporarily prioritizing household staples, medical supplies and other high-demand products coming into our fulfillment centers so we can more quickly receive, restock and ship these products to customers."

Amazon has also been forced into policing the platform to thwart price-gouging efforts by vendors who stockpiled coveted supplies like breathing masks and hand sanitizers.

"It looks like Amazon is shutting most of them down, and doing it in a very visible fashion to send a message to others about gouging," Rob Enderle of Enderle Group said.

Amazon's vulnerability is in its delivery network, some of which it contracts out to partners, according to Enderle.

"Once drivers start being sick, we could have a problem," Enderle said.

"They are a serious liability that could cripple Amazon."

Drivers exposed to the virus could become carriers, taking it with them on their routes, Enderle reasoned, noting he was handed a package a day earlier by delivery driver not wearing any gear to protect from the virus.

Amazon has also faced criticism for keeping warehouses open in Europe even after cases of COVID-19 have been detected among workers.

The French branch of the activist group Friends of the Earth called Amazon's actions irresponsible and said in a statement the company "is seeking to profit from the crisis by increasing its influence."

A side effect of the coronavirus could be accelerated development of drone delivery mechanisms already being tested in some locations, according to Enderle.