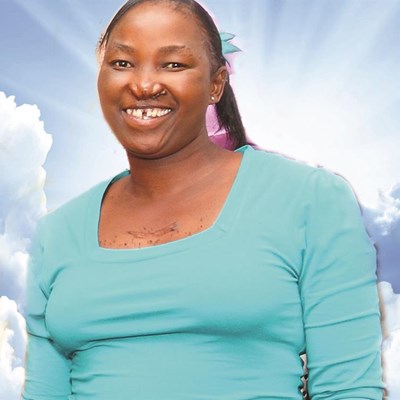 Dorcas Hwatira
GEORGE NEWS - Aggrieved Zimbabwean wheelchair athletes touched hearts yesterday when they asked Ansie Swart, the director of the Outeniqua Wheelchair Challenge (OCC), to provide counselling to the man who caused the death of one of their teammates.
Dorcas Hwatira (40) died yesterday morning hours after she was hit by the driver of a double cab bakkie in Knysna Road, while practising with her team for tomorrow's OCC.
Both the driver and the athlete were travelling to town from the Garden Route Mall when the accident took place. The rest of the Zimbabwean team received counselling from local psychologist Christie Els to help them through this tragedy. Els provided this service free of charge, and also agreed to help the driver of the bakkie with counselling today.
According to Thandiwe Ndlovu, one of Hwatira’s closes friends who cycled in front of her when the accident took place, the driver showed incredible remorse when he realised what had happened. He cried and prayed with the victim and Thandiwe and called the police and ambulance for assistance.
A candlelight ceremony will be held later today (13:30) during the official opening of the OCC, in memory of Hwatira. According to Swart, those present will take a minute of silence both tonight and before the opening ceremony to honour Hwatira.
“We will remember her as a shy and lovable person who had incredible personal strength,” said Swart.
Click here for a previous article.
ARTICLE: MICHELLE PIENAAR, GEORGE HERALD JOURNALIST
'We bring you the latest George, Garden Route news'