Services under one roof 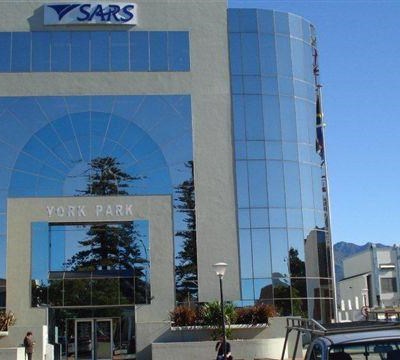 The Sars building in York Street has changed hands. Photo: Fran Kirsten
GEORGE NEWS - York Park, the glass building owned by Growthpoint that currently houses the South African Revenue Services (Sars) in York Street, has been purchased by the Western Cape Department of Transport and Public Works for a whopping R84-million.

In 2007 the value of this building was registered on the municipal valuation role for R67 900 000 and according to Anita Scheepers, George Municipality, its value was reduced to R33 438 000 on 1 July 2011. "The value was questioned and was adjusted to R44 841 900 on the second additional valuation role," said Scheepers.

"The same transaction seems to include two erven, 14450 and 14448, as per the 'sales history' on the South African Municipal Resource Administration System (Samras)." Scheepers confirmed that those erven are valued at R1 519 500 and R1 491 700 respectively.

Minister Robin Carlisle explained that the building was purchased as part of the Western Cape Provincial Government's new policy of owning rather than leasing property and is earmarked to consolidate his department's services. "We are expecting to consolidate and relocate our Western Cape Government service offerings in George to York Park over the next three years," said Siphesihle Dube, media spokesperson, Western Cape Department of Transport and Public Works.

Although the transfer has already taken place, Sars has a lease until 31 July 2015. Dube said the department currently leases space in two buildings in the George area, York Park and Rensburghof. "We are expecting to consolidate and relocate our Western Cape Government service offerings in George to York Park over the next three years."

Adrian Lackay, Sars spokesperson said that their George office would remain in York Park for the extent of their lease, and added: "At present, Sars is looking at alternative options to acquire new office space." Lackay would not expand on which options they are considering.

At the time of going to print it could not yet be established why the Department of Transport and Public Works had paid R84-million for a building that has a municipal value of R44 841 900. The George Herald endeavours to obtain this information and share it as soon as it is received.