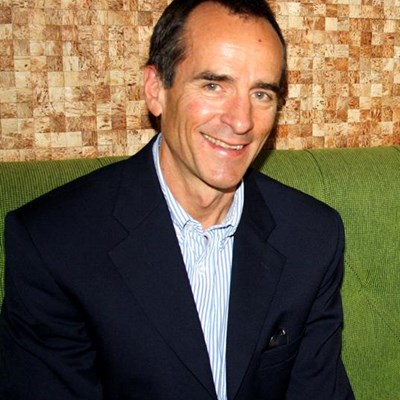 It is believed that Director of Civil Engineering for George Municipality Harold Basson has been suspended. Photo: Michelle Pienaar
GEORGE NEWS - After first being put on special leave, three senior officials of George Municipality have been suspended, pending the outcome of a disciplinary hearing.
The suspensions took place while Director of Civil Engineering Harold Basson, who is also believed to have been suspended following a few days of enforced 'special leave', was enjoying a break in the Kgalagadi.
(It would be interesting to establish if, in lieu of the 'special leave' enforced on Basson, he may now claim back the annual leave days he took for his holiday? Ed)
Basson is returning this weekend, but it is unclear if he is aware that he won't be welcome at the office on Monday - cellphone signals in the transfrontier park are notoriously unreliable. His suspension is unconfirmed since George Municipality refused to answer questions relating to the matter.
At his directorate, officials received mixed messages and are uncertain about their popular boss's position. These suspensions relate to a sewerage pipeline tender that allegedly ended up costing three times more than the original accepted quote.
A special council meeting on Friday will be held to discuss the matter. At the time of going to press it was unclear whether the media will be allowed to attend the meeting.
Basson and the officials were placed on special leave at the previous council meeting on 31 March. Two of the officials are superintendents at the Department of Civil Engineering; Sibonele Ninela (pump station) and Maxwell Meas (sewerage). The third official is Adri Pienaar, of the Supply Chain Office. They had until the end of last week to state why they should not be suspended. When asked for comment, Pienaar said that she is unfortunately unable to comment because she is an employee of George Municipality.
Following standard procedure, the officials have been suspended for a month. An investigation will follow to ascertain whether there are enough reasons to pursue the issue.
Confidential report
According to Chantel Edwards-Klose, George Municipality media liaison officer, George Council deliberated a confidential report drafted by Ernst and Young Advisory Services following an investigation commissioned by council. "No comments can be made as the matter is sub judice," she said.
"George Municipality does not provide the media with the names of any employees who are under investigation or on suspension until the investigation into their alleged misconduct is completed. The South African justice system protects an individual's right to be presumed innocent until proven guilty.
"George Municipality regards the naming of officials and the possible slandering of their names in the media, refer article on page 1 in George Herald Edition 7th April 2016, in a very serious light. The names of the officials have not been officially communicated by the George Municipality."
The George Herald was privy to the documentation, which indicated that the matter relates to a sewerage pipeline tender for the period of 1 July 2013 to June 2016. The tender was originally for the amount of R1,2-million and escalated threefold within a period of 18 months.
As director of the department, Basson is being held accountable, but ultimately, as municipal manager, Trevor Botha is the accounting officer and with regard to any alleged financial irregularities, the buck stops at the top.
Read a previous article: Director and 3 officials on 'special leave'
ARTICLE: MICHELLE PIENAAR, GEORGE HERALD JOURNALIST
'We bring you the latest George, Garden Route news'