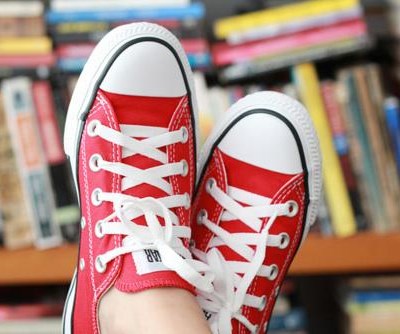 Tekkie Tax Day takes place on Friday 26 May.
GEORGE NEWS - The annual fundraising campaign, Tekkie Tax Day, takes place on Friday 26 May and the public can contribute by buying a sticker (a donation of R10) and a pair of Tekkie Tax shoelaces (R35 per pair).
Since its inception in 2013, Tekkie Tax Day has raised over R22 million for participating non-governmental organisations. There are 12 national beneficiaries representing more than a thousand local non-profit organisations.
They are: Epilepsy SA, Child Welfare SA, SOS Children's Villages, Choc, Special Olympics SA, Cansa, Imisebeyelanga Services, Meals on Wheels, VVA, NG Welfare, SAVF and Endurocad. To celebrate the campaign's fourth year, the Tekkie Tax mascot, Happy, became part of the family.
The stickers and Tekkie Tax shoelaces are available at all ToysRUs/BabiesRUs and Clicks stores nationwide. There are also more than 280 participating non-profit organisations selling these items and together they aim to convince every South African to be part of the fun.
Georgians can also get their stickers and shoelaces from People Against Substance Abuse. Call Freddy Trout on 071 090 4450 or email freddy@pasacaw.co.za for more information or to order. He will also deliver.
'We bring you the latest George, Garden Route news'