A total of 22% of all Glenwood matrics achieved an A average.

GEORGE NEWS - The Glenwood House matrics have done it again! Since the school's inception in 2006, they have had a 100% matric pass rate, and 2019 has been no different.

"This is a truly remarkable record for a school that subscribes to the Independent Examinations Board (IEB), a challenging qualification which is held in high esteem by tertiary institutions both nationally and internationally. 98% of the Glenwood candidates who sat the exam achieved university exemption," said the principal, Dennis Symes.

Melissa Goosen (18) is the top achiever with seven distinctions and an average of 90,71%. She is also ranked in the top 5% of students in the country.

"I'm shocked. I didn't expect to be in the top 5%. I only heard this morning," Melissa said on Tuesday. She will soon be off to Stellenbosch where she has enrolled for a BSc degree in biology with psychology.

The total average for the entire group is 73%. 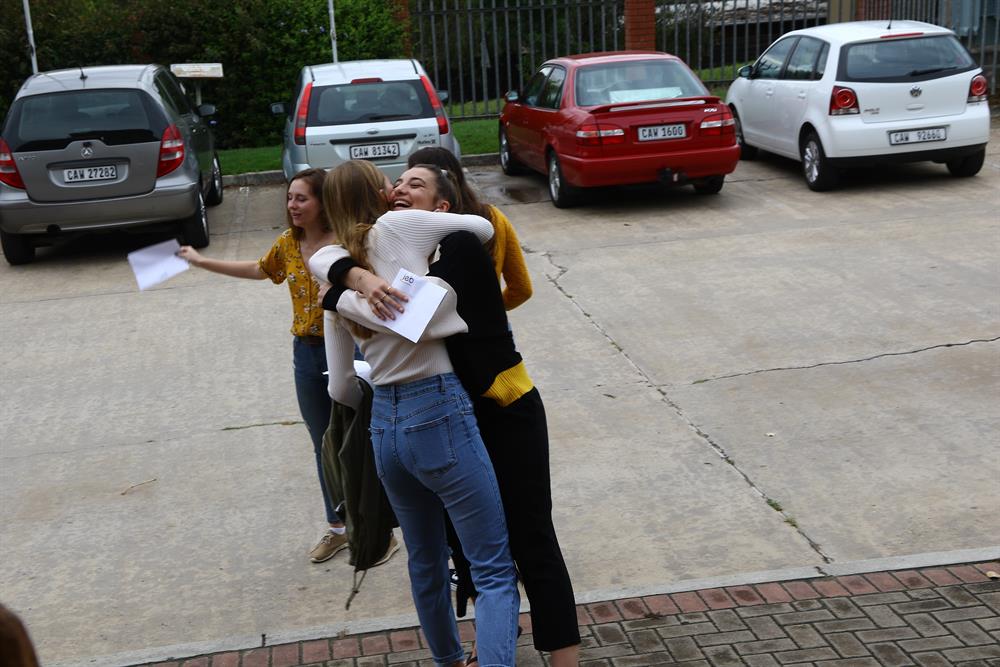 Gisele Swart and Megan Bartels were overcome with joy.