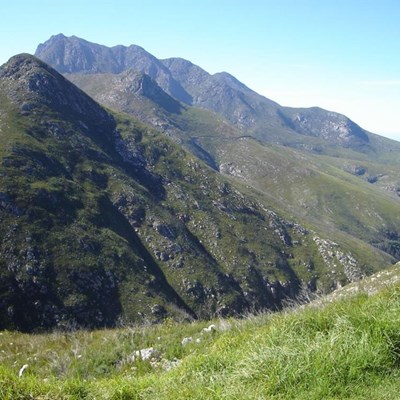 One of the directors of the Garden Route Cableway (Pty) Limited, Pierre Poolman, said this week he was still very determined to go ahead, but he had underestimated the amount of time it would take to obtain approvals.

He had also not reckoned how very expensive doing a whole series of studies would be, before approval can be obtained. In March 2012, at the time the project was announced, he estimated it would take three years to get the project off the ground, but was then reluctant to give a construction cost figure.

"These studies, like the Environmental Impact Assessment (EIA), need funds and we are busy approaching the National Department of Tourism, the National Lottery and other institutions to see if they will be willing to provide the R1,7-million needed to undertake the studies. This will also give us more clout when we deal with the various government departments to get final approvals and the Record Of Decision (ROD). "So, for us, investors are of prime importance. We believe that George has had more visitors than ever in 2013 and this would make the cableway a viable tourist attraction of note."

Changed
"There has been a slight change from the original plan. We will no longer route the cableway to Cradock Peak (1 573m), but instead would site it into a fold between Cradock and George Peak (1 370m). A boardwalk will be built so that the public can do a small walk to a vantage point."

There are also plans to include a rail tourism experience, linking the small town of Herold behind the mountain to George. The area has hops and wine farms, rock paintings and historic buildings. At the time the project was announced (in March 2012), one of the directors, Alwyn Van Rensburg, said it would generate between 60 and 100 jobs. Part of the long-term vision for the project would be to re-open the George to Knysna railway line to provide passenger and freight services and the establishment of a world-class steam hauled scheduled passenger service and tourist railway. This would be part of the Outeniqua Railway Trust's plans (a non-profit company).

A similar project fell through two years ago when cableway expert Claude Pretorius died aged 85. He had designed and installed the cableways at the Pretoria Zoo and Hartebeespoort Dam. He envisaged that the George cableway would create 9 000 jobs during the construction phase and generate R50-million a year. The Garden Route Cableway is the third group to attempt the project.