Every second counts in an emergency

911Response24: The app that connects you to emergency services when you need it.

SECURITY NEWS - When you or someone you love is in a life-or-death situation, you develop a keen appreciation for the value of time…

That’s what happened to Marlize Holtzhausen when the unthinkable occurred; her sister, who was six months pregnant at the time, was abducted from her smallholding outside Bloemfontein. She was then driven to a nearby informal settlement and raped. Miraculously, she and the baby survived, but the ordeal has scarred the family deeply.

"You never know how you’re going to respond to hearing news like that,” says Holtzhausen, “for some reason my immediate  thought was, how can I make sure no other family has to go through the same trauma?”

The answer she discovered was tied to the concept of time. “It’s simple really; in an emergency, every second counts. Unfortunately, the human link inherent in a call centre means that time is often wasted as mistakes and misunderstandings occur,” says Hotzhausen. She continues, “In a country with so many different languages, that issue is multiplied.”

Using her extensive experience in the cellular network and communications industry, Marlize began working on a product that would turn a mobile phone into a panic button that can summon help to your exact location without needing to rely on explaining to someone where you are or waiting for the next available operator. This simple innovation shaves critical seconds off the response times and gives users the best possible chance of a positive outcome.

The result is the 911Response24 app that is available for both Android and Apple devices.

The unique features of the app allow you to send an emergency alert when you are unable to speak to someone over the phone. By clicking the panic button on the 911Response24 app, medical or armed response will be alerted of your emergency, as well as friends and family.

So far, the app has received a positive response, with Holtzhausen stating: “When we won the Global Award for Entrepreneurship & Innovation at GoogleFest in Switzerland, we knew we were onto something big.”

More success followed with a formal partnership established with local security giant, BidVest Coin as an armed response provider and ER24 as an emergency medical partner. These early partnerships further built confidence in the innovative product’s potential to make a serious difference in the lives of South Africans across the country and led to Caxton Media taking a significant stake in the company, providing the cash injection and strategic partnership that the business needed to take it to the next level.

“With our new partnerships in place we are finally in a position to give every day South Africans the security of knowing that in the event of an emergency, they carry the power in their pockets to make every second count in their favour,” says Holtzhausen.

Visit www.response24.co.za for more information or download the 911 Response 24 app on your Android or Apple device. 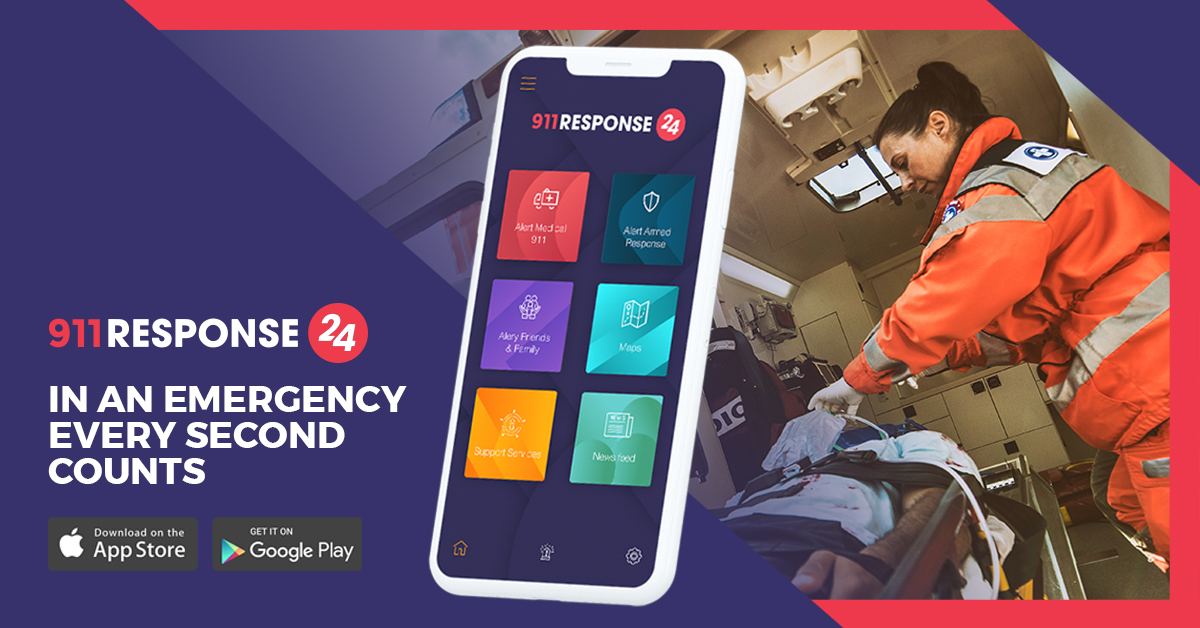