Director and 3 officials on 'special leave' 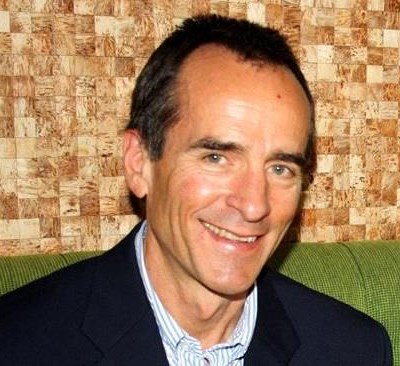 Director of Civil Engineering for George Municipality Harold Basson. Photo: Michelle Pienaar
GEORGE NEWS - Perhaps council meetings should not continue after dark. During the meeting last Thursday, which ended almost at midnight, a director and three other senior officials were placed on special leave.
This relates to a sewerage pipeline tender.
Furthermore, rumours of eminent suspensions of another director, a senior official and a senior politician, are rife.
An investigation was requested following payments made to municipal employees who performed additional duties for the George Integrated Public Transport Network (GIPTN). An allowance of 5%, amounting to R900 000, was paid out to employees thus far. Although a moratorium has been placed on the payments, some more followed without council's blessing.
Another investigation is underway regarding approved travel claims for trips outside of town, for which the municipal policy makes no provision.
The director in question is also investigated for a tender awarded, allegedly without the necessary requirements of the Preferential Procurement Policy Framework Act (PPPFA). All these investigations will take place within a period of 30 days, whereafter council must decide whether to pursue disciplinary hearings.
Sewerage tender
Following a council decision, George Municipality Director of Civil Engineering Harold Basson was placed on special leave.
Basson and two other employees of his directorate, superintendents Sibonele Ninela (pump station) and Maxwell Meas (sewerage) as well as Adri Pienaar in the Supply Chain office, have until the end of the week to give reasons why they should not be suspended.
According to Chantel Edwards-Klose, George Municipality media liaison officer, George Council deliberated a confidential report drafted by Ernst and Young Advisory Services following an investigation commissioned by council. "No comments can be made as the matter is sub judice," she said.
The George Herald was privy to the documentation, which indicated that the matter relates to a sewerage pipeline tender for the period of 1 July 2013 to June 2016. The tender was originally for the amount of R1,2-million and escalated threefold within a period of 18 months.
The director of a department is the accounting officer. Thus, Basson is ultimately accountable for the over-expenditure should it be deemed so. Basson could not be reached for comment. The George Herald was told that he is currently on holiday in the Kalahari where there is limited cellphone reception.
Mervin Olivier, ANC secretary of the George subregion, welcomed the suspension of the officials. "We would expect further investigations regarding other contractors who have been delivering services to the municipality. We call for a full audit of those companies that have been doing business with the municipality. We now question the clean audit awarded to the George Municipality."
ARTICLE: MICHELLE PIENAAR, GEORGE HERALD JOURNALIST
'We bring you the latest George, Garden Route news'