Brutal killing of dog in Thembalethu

Garden Route SPCA general manager, Salomé Bruyns, with some of the puppies.

GEORGE NEWS -A man was arrested in Thembalethu last night, Sunday 9 June, in connection with the brutal killing of a female dog.

According to the SPCA, eyewitnesses said this is not the first dog to be killed by the suspect.

“A post mortem will be done on the dog on Monday. We took all her puppies and her body was taken to the SPCA,” read a Facebook post by the SPCA on Sunday evening.

A case of animal cruelty has been opened.

It is expected that the suspect will appear in court later today or tomorrow.

The previous day Lucas was called out to Lawaaikamp where a cat was beaten to death with a brick. According to the SPCA, eyewitnesses say a man took a brick and smashed the cat’s face and head.

“When Lucas arrived the cat was unresponsive. The severity of its injuries left her with no choice but to euthanize it. Charges under the Animal Protection Act will be laid,” said GRSPCA spokesperson, Bruno MacDonald. 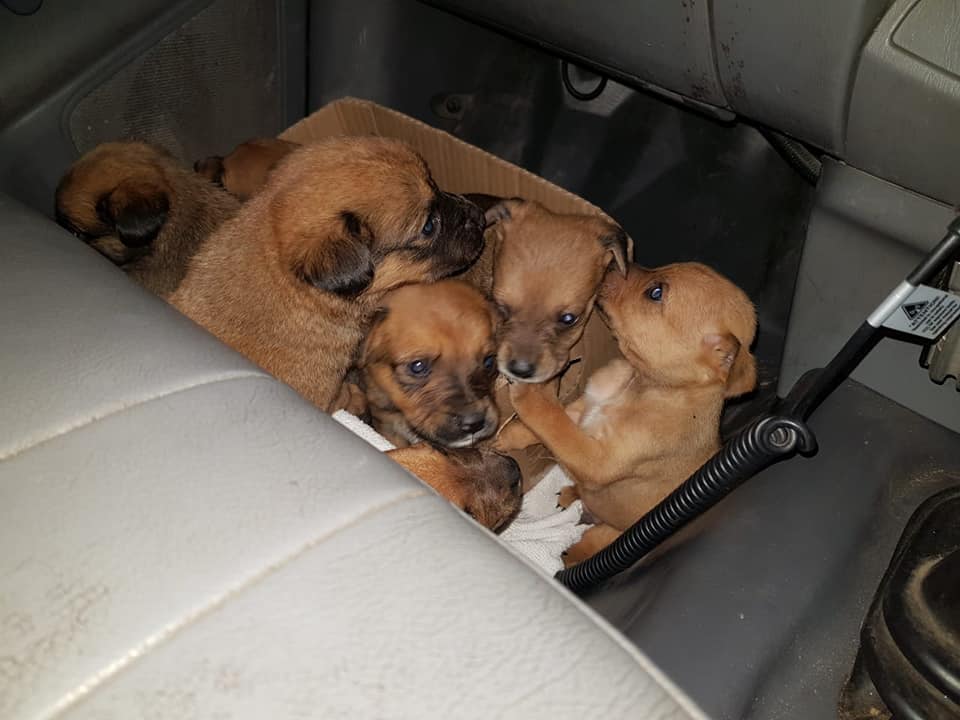 The puppies on their way to the SPCA.