What to do in times of misfortune

Three examples from sport show that what we do now can be key to our future success.

BUSINESS NEWS - Schalk Louw, financial adviser at PSG Wealth, says it’s easy to be overwhelmed during times of misfortune, but admitting defeat and giving up won’t make anything better. He draws inspiration from the determination of sports people to remain hopeful and succeed despite the difficulties that life sometimes throws at us.

Three examples from sport show that what we do now can be key to our future success.

Muhammad Ali made headlines in 1964 with his shock defeat of heavyweight boxing champion Sonny Liston. Refusing military service meant he wasn’t allowed to box again for four years. His next attempt at the title ended in defeat in 1971.

Many saw this as the end of his career, but through sheer willpower, hard work and dedication, he won one of the most famous boxing matches called “The Rumble in the Jungle” just over three years later, against one of the hardest punchers in the history of boxing, George Foreman.

Formula 1 racer Niki Lauda won the world title in 1975 and started the 1976 German Grand Prix top of the leader board. In the second lap, however, a brutal accident saw Lauda’s car go up in flames.

He was so badly burnt a priest was summoned. But through incredible determination and hard work, he got back into his racing car six weeks later. He lost that season by one point and went on to win his third world title again in 1984.

Lastly, Tiger Woods made headlines for all the wrong reasons following his victory in the 2008 US Golf Open. By 2014, his back was so badly injured that his chances of playing golf again seemed poor. His strong will and sheer dedication saw Woods winning the 2019 US Open, 11 years after he last won the title.

Three different champions from different sports have one remarkable characteristic in common: their ability to use misfortune to write their final chapters, rather than using it as an excuse for failure.

COVID-19 is causing misfortune for many of us. Whether it’s our businesses that are struggling, your health that’s suffering, or your financial, retirement and investment planning that have taken the proverbial ‘hits’, we can apply the wisdom of these sports stars to help build our future success. 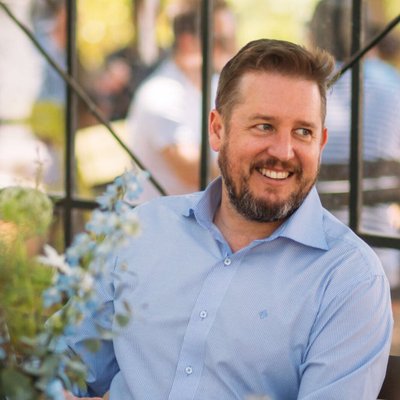 Stay in control of what you can
Lauda once said, “I’ve been through a lot and I realise the future can’t be controlled. I’m not worried. You can always learn to overcome difficulties.” The moment we realise that life is full of surprises, we can start to plan for that. Plan so we don’t end up in ruins when surprises are negative; plan for the day the same surprise might rear its ugly head again.

This may come in the form of an emergency fund, sufficient insurance, a well-diversified portfolio, a fuller wine cabinet or even a jumping rope for some exercise. Whatever the case may be, we are now in this situation, so what am I going to do to stay positive?

Ali said, “It isn't the mountains ahead to climb that wear you out, it's the pebble in your shoe.” Focusing on what you can control is a start, but it’s not always enough.

Split your big challenge into smaller, more manageable challenges. Keep the pebbles out of your shoes, take one step at a time and you will conquer that mountain.

Misfortune brings new opportunities
If you cover your eyes in misery, there’s a good chance you’ll be blind to the opportunities that present themselves during times of misfortune.

Let’s look at the last four big corrections where the JSE dropped by 30% or more. Had you sold out of the market at its lowest and vowed never to invest stocks again, in the 12 months following each of those four corrections, you would have missed out on an average recovery of 28.3% on your investment.

Important work lies ahead. You cannot change the past.
While lockdown has many of us counting the days, Ali said this is exactly the wrong thing to do. His words, “Don’t count the days. Make the days count,” tells me that we use this time to plan and even implement those plans. Make no mistake, the road ahead won’t necessarily be easy.

There will almost certainly be days when you’ll want to give up. But Woods gave us some inspiration when he said, “Days when you just don’t have it, you don’t pack it in, you give it everything you’ve got. You grind it out.”

Be led by your masterplan, not your emotions
Whether its business-related or related to financial planning, short-term adjustments can be made, but your personal long-term masterplan should always form the foundation of your decision-making process. Any other adjustments are based on emotions and this makes them incredibly dangerous.

While we may find ourselves in unexplored territory right now, I have NO doubt that we as South Africans will get through this, and that we WILL emerge stronger than ever.