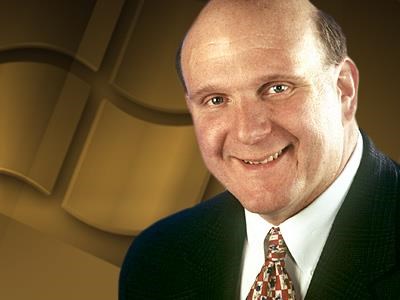 Steve Ballmer
INTERNATIONAL NEWS - Outgoing Microsoft CEO Steve Ballmer said Thursday his biggest regret is missing the boat on smartphones - but he said the software giant should not admit defeat just yet.

"I regret that there was a period in the early 2000s when we were so focused on what we had to do around Windows that we weren't able to redeploy talent to the new device called the phone," Ballmer said in a conference with analysts.

"That is thing I regret the most," he repeated, adding "It would have been better for Windows and our success in other foreign factors."

The smartphone and tablet computer market is currently dominated by Apple's iPhone and iPad and by devices powered by Google's Android operating system.

Microsoft has "almost no share" in mobile devices, Ballmer conceded, but said that leaves the company with significant "upside opportunities."

In telephones, the company is counting on the recently announced acquisition of Finnish mobile telephone company Nokia, with which it is already collaborating to make a new smartphone, the Lumia, to popularise its Windows mobile software.

The company's Surface tablet failed to win over buyers last year and Microsoft was forced to lower the price of the device, which translated into a loss of nearly a billion dollars in its latest quarterly figures.

A new generation of the tablet is to be unveiled Monday.

Beyond mobile devices, Ballmer said, Microsoft must seize crucial opportunities in cloud computing services, in online subscriptions to its word processing suite Office, and with its search engine Bing.

Ballmer took over as CEO of Microsoft in 2000 from co-founder Bill Gates, a classmate and friend from their days at Harvard University in the 1970s. He announced in August that he would retire within 12 months.