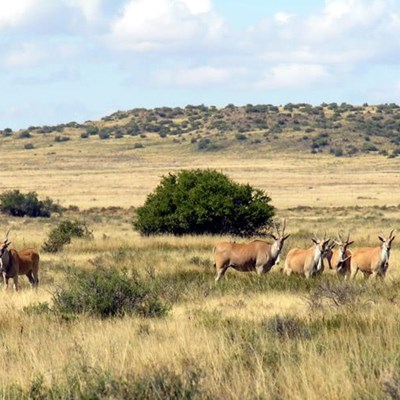 Generic image
BUSINESS NEWS - A slide in game prices at auction has caused concern around one of the largest industries in the Eastern Cape, but leading breeders say high quality-game is still in demand.

While a number of economic factors, coupled with one of the worst droughts South Africa has ever experienced, have affected all farmers, game prices have taken a further knock due to oversupply and market saturation.

“There is an oversupply of game because more farmers have jumped on the bandwagon.

“They saw an opportunity to get rich quick, while bigger more experienced game farmers told me these upstarts were going to get hurt,” Staphorst said.

Farmers starting out in the game industry with a handful of animals, wanting to turn a quick profit, focused mainly on quantity and bred large numbers of mediocre animals, while some stock farmers had also turned to game.

Added to that were the drought and higher input costs, meaning that some farmers’ monthly running costs had increased by R100 000.

“Not only is the market full, but there are fewer buyers too,” Staphorst said.

“Blesbuck, for example, come predominantly out of the Free State, which has been hit the hardest.

“The quality of animals is affected and, as the drought persists, farmers are tightening their belts and spending the money they have in other places,” Snyman said.

He said about 20% of people interested in buying rare game were businessmen, with 80% of buyers being full-time farmers who could no longer afford more animals on their already-struggling farms.

“Over the past year or two, the demand for game far exceeded the supply, but now the industry has spun around completely and some farmers are really struggling,” Snyman said.

But massive prices at some auctions were still being fetched for highquality game and exceptional genetics, Staphorst said.

Some buffalo, for example, were bred specifically for their horn genetics, and a few centimetres could be the difference between a buffalo selling for R100 000 or tens of millions.

Staphorst referred to Horizon, a buffalo with 139.7cm horns that went on auction earlier this year.

The owners of Horizon sold a 25% share in the buffalo for R44-million, putting his total value in the region of R176-million.

Game breeder and Karoo Elite Springbok co-owner Neil Schoombee said the oversupply of regular game could be to the hunting industry’s advantage as farmers needed to find a way to control the numbers on their farms.
Read more on Herald Live.