Update: Farmers to wait a while 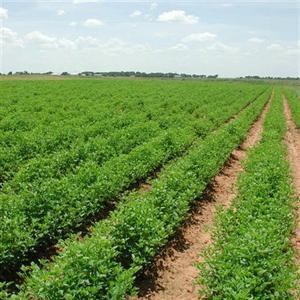 GEORGE NEWS - Emerging farmers of the Eden District who have been impatient to receive new tractors and implements which are being stored at the Outeniqua Experimental farm for distribution will have to wait a while longer.

The George Herald reported last week that farming equipment to the value of R4,86-million had been acquired by the national Department of Agriculture, Forestry and Fisheries (DAFF) in 2012 for 17 emerging farms in the district.

Mxolisi Pikinini, chairman of the Southern Cape Agricultural Cooperative Ltd, complained about the new equipment remaining unused while the farmers were keen to start working their land. He questioned the urgency with which DAFF was handling the matter.

At van Coller, director of infrastructure support at DAFF, commented this week that the last tractor was only delivered in November last year. "The registration of the tractors has not yet been done, because the e-Natis system now requires that tractors and trailers have to be marked with laser identification before they can be registered.

"This was not a requirement at the time the tenders were issued. It is currently being organised and as soon as it is done, the tractors can be registered. It also takes time to register new suppliers on the pay system.

"The vehicles that will be using public roads, will be registered by the Western Cape province. The transfer of equipment from DAFF to province should be completed by the end of Fe-bruary and it will be distributed thereafter as soon as province makes it available to them."