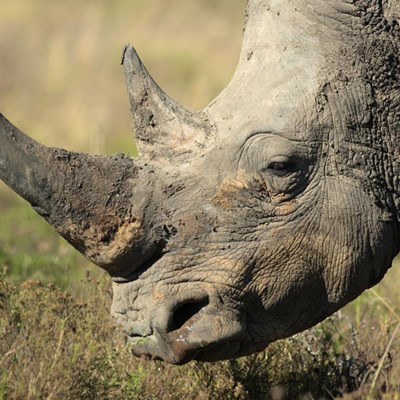 Speaking to Farmer’s Weekly, Pelham Jones, chairperson of PROA said three means of trade had been proposed. The first would be direct trade, whereby a buyer visits a rhino breeder and they agree on a price. PROA did not advocate this route, as it breeders would not know to whom they were selling horns, and this could pose both a physical and financial risk, Jones said.

PROA did not advocate this route, as it breeders would not know to whom they were selling horns, and this could pose both a physical and financial risk, Jones said.

“We suggest that products are brought to a central storage [facility] where horns are securely stored and trade is [carried out] via a trading desk.” Once a buyer has paid a deposit, a consignment of rhino horn is found and the breeder’s permits for that rhino horn are cancelled, and new permits are issued, he said.

“We are also looking at a futures market scenario and trading [rhino horn] on the [Johannesburg] Stock Exchange,” Jones said.

Jones said industry members would comply to Threatened or Protected Species (TOPS) and National Environmental Management Act (NEMA) legislation, which regulated the trade in terms of permits and foreign trade.

Rhino breeder Riaan Crous, told Farmer’s Weekly he had noticed several new entrants into the rhino breeding market. The price of rhino horn had not yet been determined and industry role players were set to meet to discuss the future of trade, Crous said.

The South African Hunter and Game Conservation Association (SA Hunters), said in a statement that it supported the limited trade in rhino horn for personal purposes in principle.

“We further agree that trade in rhino horn powder, layers, slivers, chips, drill bits or any similar derivatives, presents significant compliance monitoring and enforcement challenges, both in South Africa and at ports of entry and exit. Therefore [SA Hunters] supports the prohibition of trade in these products as proposed,” the statement said.
Source: Farmer's Weekly.