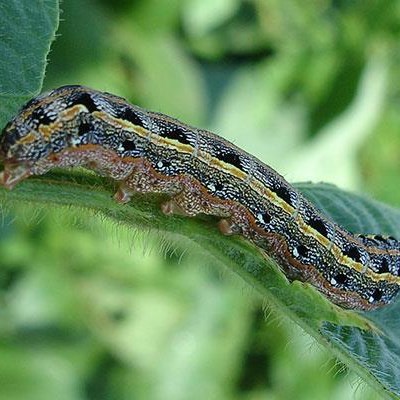 Fall armyworm (FAW)
AGRICULTURAL NEWS - East Africa is grappling with a fall armyworm (FAW) invasion, while still recovering from the effects of a drought that had resulted in significant maize shortages.
Maize farmers in Kenya have expressed concern over the threats posed by FAW, and Wilson Ronno, head of the crop production unit at the UN Food and Agricultural Organization (FAO) office for Kenya, was reported as estimating that more than 400 000ha have been affected in East Africa.

According to a report by Voice of America, the FAW first landed in Kenya around March. It quotes Joe DeVries, vice-president for programme development at the Alliance for a Green Revolution in Africa, as saying that the fall armyworm spread rapidly to the region after first being reported in Nigeria earlier in the year.

“We’re talking about a pest that literally just arrived this year in this region and is already causing major concern among farmers, partly because they’ve never seen it before and don’t know how to control it, and partly because of the damage that’s already occurred on their farms,” said DeVries.

In a brochure prepared by the Kenya Agricultural and Livestock Research Organization, Kenya’s Ministry of Agriculture said the FAW infestation was first detected on off-season irrigated maize in Trans Nzoia County in the second week of March. A subsequent field survey confirmed the pest in the Bungoma, Kakamega, Uasin Gishu, Nandi, Kericho, Baringo, Nakuru, and Busia counties.

The report said the pest is spreading rapidly and could cause 100% loss in crops including maize, rice, pasture, sorghum, millet, cotton and certain vegetable crops. It added: “This will result in national food insecurity and loss of income unless urgent measures are implemented.”
Read more on Farmer's Weekly.