Japanese breakdancer Ami Yuasa has designs on competing at the Paris 2024 Olympics.

ENTERTAINMENT NEWS - For Japanese breakdancer Shigeyuki Nakarai, the prospect of winning a gold medal at the 2024 Paris Olympics has become something of an obsession.

The proposal by Paris organisers in February to include the street dance lit a fire under the 17-year-old, aka Shigekix, who took bronze at last year's Youth Olympics in Buenos Aires.

"I still have a lot of regrets at failing to win gold," he told AFP after showing off some crazy-legs breaking moves in the shadow of Tokyo Bay's Rainbow Bridge.

"I've thought about that night every day since," added the snake-hipped b-boy from Osaka, dressed in blue jeans and a baggy white T-shirt.

"But my time will come - at the 2024 Olympics I'll be trying to turn this frustration into positive energy."

The International Olympic Committee (IOC) has voted to approve the addition of breakdancing, which grew up alongside hip hop in the South Bronx of New York in the 1970s.

The decision still has to be rubber-stamped at the IOC's executive commission in December next year, but after accepting hipster sports skateboarding and surfing into the 2020 Tokyo Olympics, it's widely seen as a done deal. 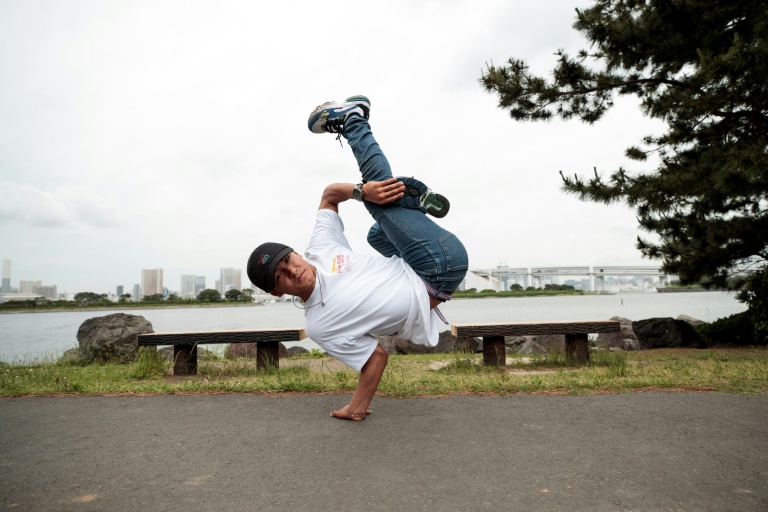 Shigeyuki Nakarai, aka Shigekix, has Russian rival Bumblebee in his sights.

In his sights is Russian foe Sergei Chernyshev, known as Bumblebee, who beat him in their semi-final in Argentina, where breakdancing made its Youth Olympic debut.

"Our rivalry fuels me," said the floppy-fringed breaker. "In a face-to-face battle the plan is to knock your opponent out."

He added: "But breakdancing is also like a game of poker - you have to calculate the level of risk you need to take to get the win." 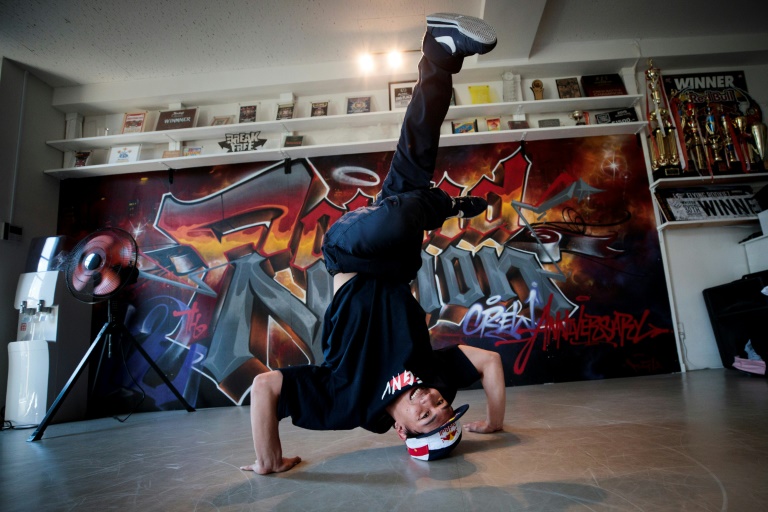 Breakdancing caught on in Japan in the 1980s.

"Breakdancing is a mix of acrobatics, dancing and gymnastics," explains Issei Hori, who became Japan's first winner of the Red Bull BC One World Finals - and de facto world champion - in 2016.

"For me it's a culture, a lifestyle, it's all I do. When I was small it blew me away seeing people spinning on their heads. I wanted to be just like them."

The 22-year-old, born in Fukuoka, southern Japan, started breakdancing in kindergarten and used to clash with his parents for skipping school to dance.

"When I'm in the zone, it feels like the whole venue belongs to me," said Issei. "All I'm thinking about is kicking my opponent's butt."

Known for his dynamic power moves and sinew-stretching freezes, Issei admits he was surprised when he heard breakdancing could become an Olympic sport.

"People can criticise the decision to bring hip hop culture into the Olympics if they want to, but bring it on," he said.

"I would love to win that first gold medal."

But it could have been so different for the pint-sized dancer, who had wanted to be a ballerina after being seduced by the tiaras and frilly tutus.

Instead she followed her elder sister into breakdancing at elementary school.

"I used to get a lot of scrapes and bruises," said the 20-year-old, who goes by her first name. "You can pull your hair out too - but if I start going bald, I'll quit!"

Ami says breakdancing is a good fit for the Olympics, noting that points-based sports such as figure skating and synchronised swimming have long been accepted. 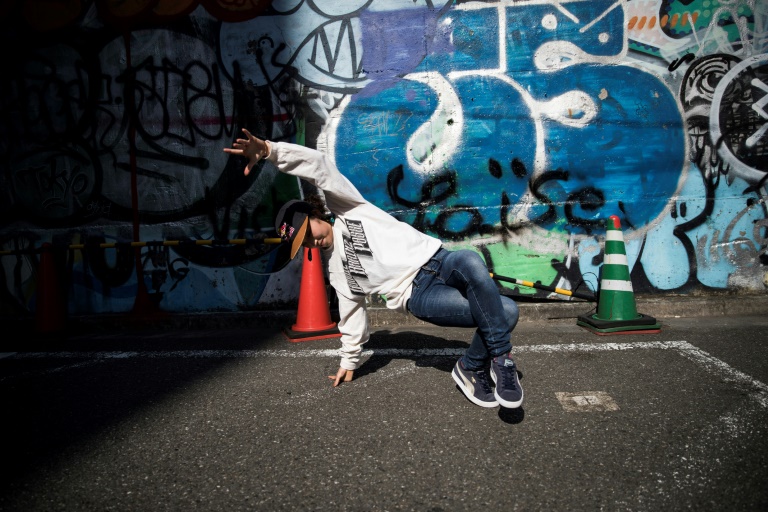 Ami Yuasa says breakdancing is a good fit for the Olympics.

"I used to think of dance more as a form of individual expression, like art or photography," she said after showcasing an array of lung-bursting windmill spins at a Tokyo studio.

"It's amazing to think it could become an Olympic sport. If I get the chance to compete for the gold medal, I'll go for it."

A hundred years after British runners Harold Abrahams and Eric Liddell inspired the movie "Chariots of Fire" at the 1924 Paris Olympics, the Games look set for a modern-day makeover with Japan's breakdancers hoping to make history.

"For something born out of gang rivalry to be accepted as an Olympic sport is a great chance for breakdancing to endure as a culture," said Shigekix.

"Every day for the next five years I'll be working hard to reach my peak for the 2024 Paris Olympics. It's the biggest goal in my life."