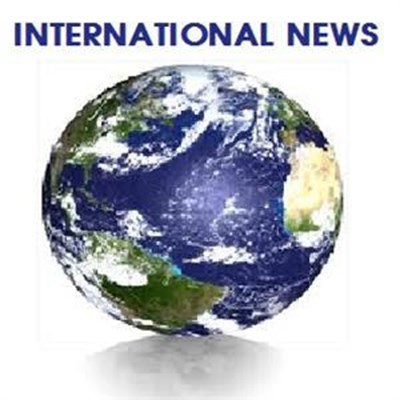 INTERNATIONAL NEWS- It could rather hectic on Cannes' famed red carpet this month with a slew of some of the movie business' leading stars and directors lining up for the annual glamour offensive at the world's biggest film festival.

Indeed, with A-list stars, gala movie premieres, high fashion, dazzling parties and yachts bobbing on a glistening Mediterranean, the Cannes film extravaganza is also one of the world's great events.

"This is the cinematic Olympics," US director Quentin Tarantino once declared. "If you've done a movie you're proud of then to me the dream is not necessarily to be there at Oscar time. That's wonderful. But my dream is to always go to present the film at Cannes."

The lineup of films at what is the 64th Cannes include tales about the pope's therapist, a Nazi-hunting ageing rock star, a mother whose child goes on a school shooting spree, a wedding as the world faces a cataclysmic end as well as a 3-D samurai movie.

Pitt and Penn headline as father and son in US director Terrence Malick's much-anticipated The Tree of Life, which traces the story of a young Texan's journey to adulthood in the 1950s.

Oscar-winner Sean Penn also dons red lipstick, heavy black eye make-up and a wig to transform himself into an '80s rock star trying to track down the Nazi guard who brutalized his father in Italian-born Paolo Sorrentino's This Must be the Place.

France's first lady Carla Bruni has a cameo role in Woody Allen's romantic comedy Midnight in Paris, which is to open the festival next Wednesday.

This means the opening night could become something of a French state affair if Bruni and her husband, Nicolas Sarkozy decide to grace the Croisette, Cannes' beachside boulevard.

But with a presidential election looming, the talk at the festival is that it might not be the right political moment for the Sarkozys to be seen at such a lavish event.

Besides, the festival has also decided to screen French director Paris-born Xavier Durringer's La Conquete, which lampoons Sarkozy and his rise to power. Both La Conquete and Midnight in Paris are not included in the festival's main competition.

It also remains unclear whether troubled Hollywood star Mel Gibson will make an appearance at the Cote d'Azur resort. Gibson plays a depressed man who can only communicate through a puppet beaver in Jodie Foster's quirky new movie The Beaver. The film screens out of competition.

A total of 49 feature films from 33 different countries including 44 world premieres are to be screened across Cannes' main sections this year with a record four women directors vying for the Palme d'Or. This includes Australian director Julia Leigh's Sleeping Beauty about student who becomes a prostitute but tries to sleep through her assignations.

Two years after his movie AntiChrist with its genital mutilation and a talking fox rocked Cannes, Denmark's von Trier is back at the festival this year with Melancholia, a sci-fi family melodrama set against a planet threatening to collide with earth.

Spanish director Pedro Almodovar its seems pulled out all stops to have his latest and 18th film La Piel Que Habito (The Skin I live In) ready for this year's Cannes.

Spanish-turned-Hollywood star Antonio Banderas headlines La Piel Que Habito as a plastic surgeon bent on revenge for his wife's fiery death in a car accident and who develops a new skin.

But Cannes is also about picking the next big thing in cinema so as well as the big guns of the film business the main competition also includes films from new emerging directors such as US-born Israeli director Joseph Cedar, whose 2007 anti-war Beaufort was nominated for an Oscar.

Likewise, Scottish director Lynne Ramsay's We Need to Talk About Kevin, which stars Tilda Swinton as a mother whose child goes on a shooting rampage. Ramsay's has been steady gaining international recognition following her critically acclaimed 1999 Ratcatcher about a young boy traumatised by the death of a friend.