Xolani Zingeni (centre) is one of dozens of youngsters from South Africa to study an instrument at Buskaid, a school specifically for black township children.

ENTERTAINMENT NEWS - Xolani Zingeni plays scales on his violin overlooking a muddy courtyard as his teenage sister washes laundry in a bathtub and his great-grandmother carefully hangs it on a washing line.

"When I play it helps me to forget about the situation I am in," says the 16-year-old South African.

Xolani lives a precarious life shuttling between his great-grandmother and his mother, who is addicted to "nyaope", a potent blend of cannabis and heroin. His father is not around.

The routine and staying in the small grey home in Soweto is wearing for Xolani, who is the second brother of five children, all with different fathers.

Classical music has been his escape for three years.He follows the path of dozens of young residents of the poor area who have taken up the violin, cello or bass at a school specifically for black township children called Buskaid.Under apartheid, musical opportunities for children of the black majority were rare as the regime considered it a domain reserved for whites.The state broadcaster's orchestra was composed solely of white musicians and the Pretoria opera was only open to whites on the pretext that blacks preferred "warrior dances".Since the dawn of democracy in 1994, South African society has been decolonising slowly. 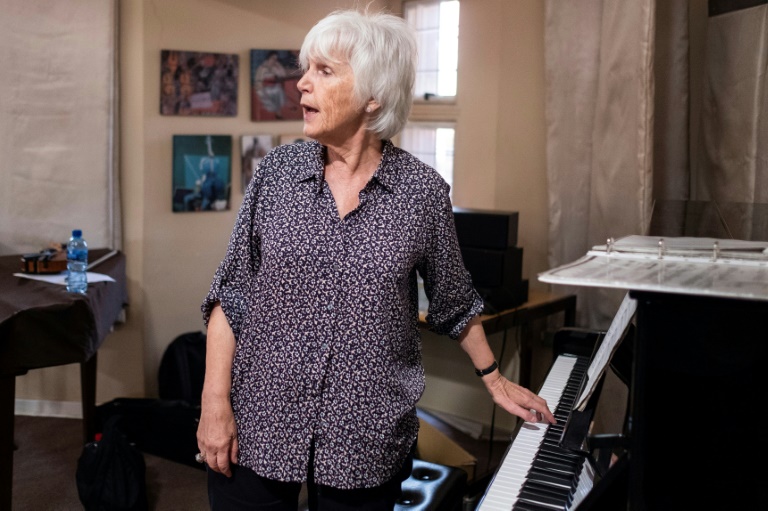 Xolani honed his skills at the school, hosted in the grounds of a Presbyterian Reform church, and was accepted after three months of patiently waiting around outside every day.

"I saw it in a text book. I just wanted to touch it," he said with a disarming manner, his short locks hidden under a baseball cap.

"The first day I came, they did not take me so I kept coming."

And then Nalden took a shine to Xolani.

"I stuck it (the violin) under his chin and I could see almost immediately that it just fitted - it worked. He is physically talented and he is musical and he's got guts," she said. 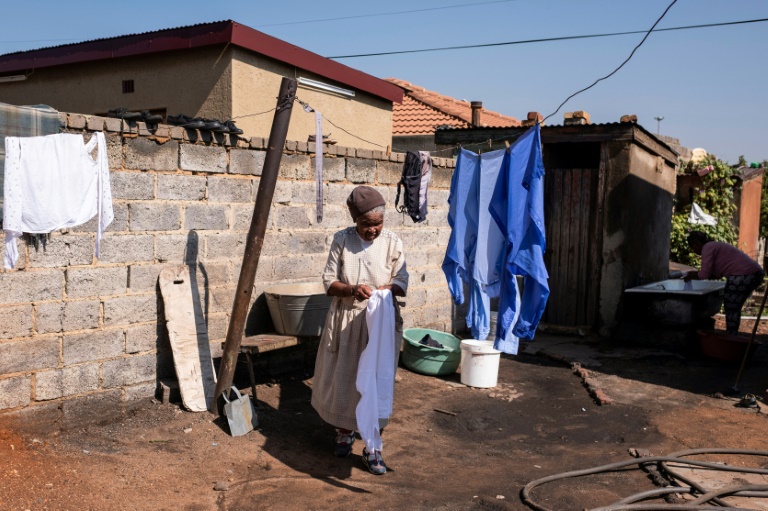 "I would like his sisters and brothers to go to Buskaid. It keeps them away from the streets, it prevents them from fighting, drinking beer and taking drugs," said Flora Vuvama, 83, her calloused hands testament to a difficult life.

Buskaid has 125 students aged between six and 35 who come to study after school, at weekends and during holidays.

As well as being a refuge for marginalised youth, it is above all a centre of excellence.

"It is a social programme but... the music part is something of such a high standard," said Nalden, 75, who runs the school with the help of teachers she has trained.

'Music of the rich white people'

"It is not just a gesture... giving them an instrument and saying that it keeps them away from the streets.

"It is giving them an instrument to say: 'This is very difficult, and you have to work extremely hard if you want to get anywhere'," Nalden said. 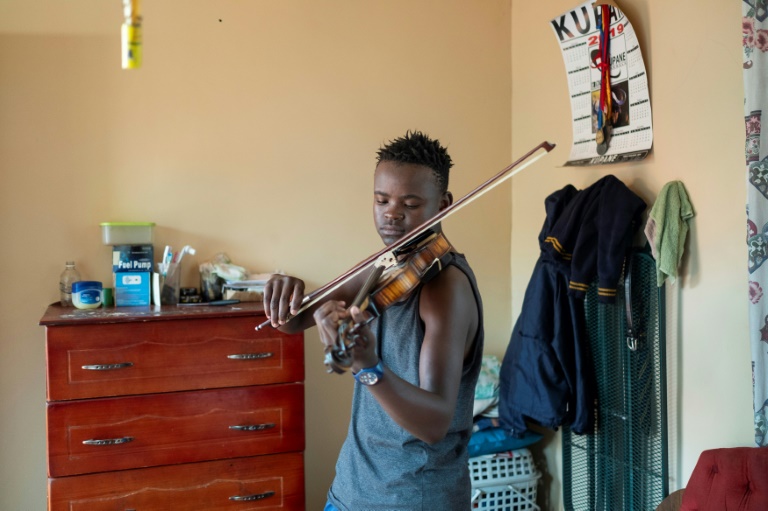 Under apartheid, musical opportunities for children of the black majority were rare as the regime considered it a domain reserved for whites.

For those who work hard, the results are impressive.

At weekly practices the orchestra performs classical greats including Mozart and Sarasate, the jazz of Gershwin and South African variety.

The rhythm comes to them naturally and the orchestra sometimes spontaneously begins to sing and dance.

But Nalden, with emerald eyes and shocking white hair, was not content as she sat on a chair.

"It is so out of tune," she said to the cello section.

The musicians rose to the challenge without hesitation.

Nalden is equally exacting with the beginners, playing the piano to accompany their efforts.

"If I don't do my work, she is going to yell at me," said Mzwandile Twala, the orchestra's first violin and, at the age of 19, one of the youngest teachers. 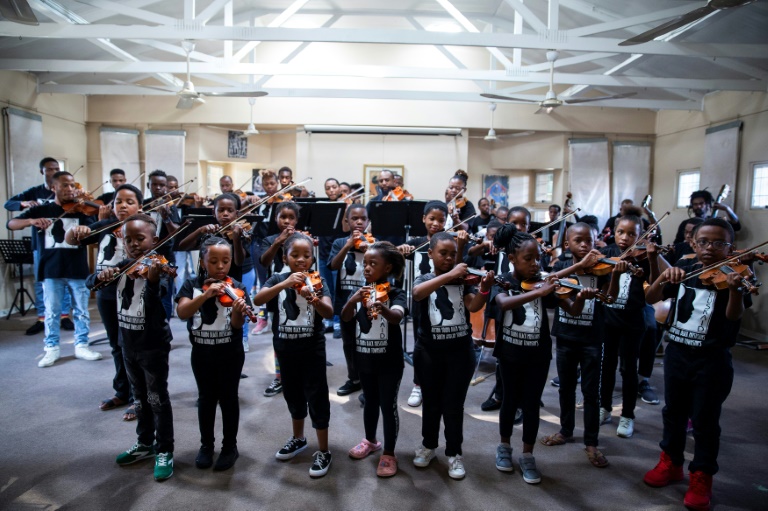 As well as being a refuge for marginalised youth, the Buskaid school is above all a centre of excellence, with the music of a high standard.

"In my neighbourhood, you had to smoke drugs to be popular... I am fortunate to have something (else)," said the young prodigy, who dreams of studying in London like six former Buskaid pupils - three of whom now play professionally.

"The violin has become like part of me now, my other half."

His Buskaid tuition costs him a nominal amount, and was mostly funded by donations.

The school has several hundred instruments which it gives to the novices.

"Do not overwind the violin (it must be smiling)," reads a large poster by the violins, violas and cellos.

Former Buskaid pupil Gilbert Stoke, a cellist who works in finance, is enthusiastic about the school.

Aged in his 30s, he has toured internationally, visiting Europe, South America and the United States with the organisation.

"People are shocked and delighted to see that we manage to sound like decent musicians," he said.

"At home, we did not even call it classical music, but 'violin music'. We saw it as the music of the rich white people."