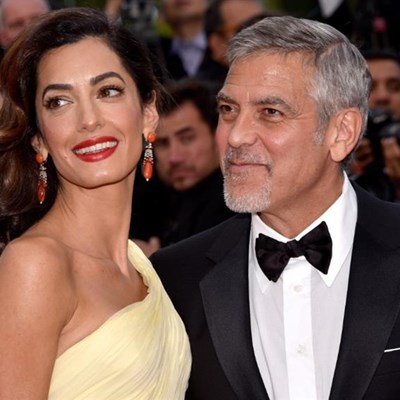 George & Amal Clooney.
ENTERTAINMENT NEWS - It's already old news that The Twins have arrived — no, not Beyoncé and Jay Z's twins — the Clooneys.
What's new for the new family of four? Even though the arrival of the Clooney twins might seem a little less exciting than the arrival of the Knowles-Carter twins, updates on George and Amal Clooney after their twins birth reveal that life as new parents seems to suit them just perfectly.
George and Amal Clooney welcomed their twins, Alexander and Ella, on June 6. They've had almost a solid two weeks of brand new parenthood under their belts, so how's that going? Not too shabby.
George Clooney celebrated his very first Fathers' Day on Sunday. This is a super sweet moment for any first time dad, especially when the birth of one's children happens to fall so close to Fathers' Day. According to website Hollywood Life, Clooney celebrated Fathers' Day in the most relaxing way possible: Just he, his wife and the twins staying in bed all day.
According to In Touch Weekly, a source close to the couple said that Clooney was über emotional witnessing the birth of his twins. "He just melted. He couldn’t say anything," the unnamed source said. "George knew he was going to get emotional, but this was just ridiculous. He was completely overwhelmed, crying tears of joy." Oh stop it — my heart literally cannot handle the image of Clooney weeping tears of joy at his children's birth.
Read more on Romper.