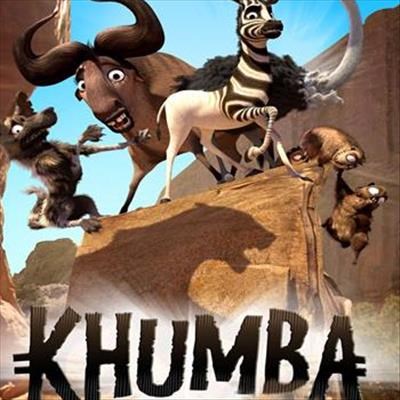 Khumba the stage play is to be put on in December 2017/January 2018 at the Oakhurst Insurance George Arts Theatre. Anyone over 16 years old who wants to audition for one of the unique animal characters will have the opportunity to do so at the end of the month.

GEORGE NEWS - In what is likely to be a first, a stage play is to be done of the popular animated film Khumba.

The George Arts Theatre production team are excited to have been given the rights to put on the stage play version of the delightful South African computer-animated comedy film.

The world-renowned puppeteer Roger Titley has agreed to help train the production team to make the masks and puppets needed for Khumba. Titley, who lives in Hoekwil, said on Friday during a get-together with Heather Stead of the Oakhurst Insurance George Arts Theatre that he will do this as part of his community involvement stance.

Khumba the movie was directed and produced by Anthony Silverston and written by Silverston and Raffaella Delle Donne. It was the second movie made by Triggerfish Animation Studios.

Auditions Anyone older than 16 can audition for this show. It is a unique show of delightful animal characters and based in our very own Southern Cape. Auditions will be held on 31 July and 1 August from 19:00 to 21:00.

Please prepare a short two-minute dramatic monologue or excerpt from a play. Be creative. We look forward to Khumba the stageplay in December 2017 and early 2018 and hope to do the Afrikaans version by April."