At the movies this week 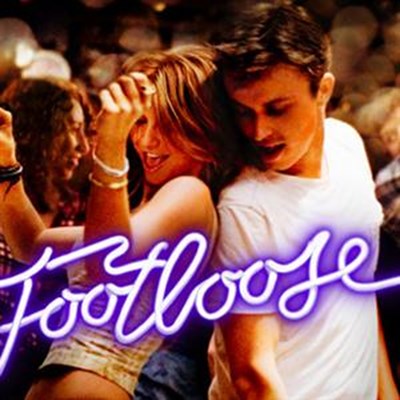 GEORGE NEWS
A DOLPHIN TALE
Inspired by the incredible true story of a courageous dolphin named Winter who was rescued off the Florida coast after her tail became caught in a crab trap, this family movie details her fight to survive. A group of compassionate people band together to help her when she needed human help most of all.

The film centres in particular on the unique bond between the injured dolphin and a young boy. After Winter loses her tail in the accident that almost killed her, her young friend convinces the locals to build her a prosthetic replacement, inspiring hope and courage in the local community as well as in handicapped people across the globe.

When city kid Ren (Kenny Wormald) and his family move from the East Coast to a small town Western town called Bomont he is dismayed to find his two real loves - dancing and music - have been banned due to the recent road deaths of 5 kids returning from a local dance. Upholding the ban is the well-meaning Reverend Shaw Moore (Dennis Quaid) with whose daughter Ariel (Julianne Bough) Ren soon finds himself smitten.

But when Ren dons his dancing shoes and begins to challenge the ban he and Ariel come up against some resistance from her father and the town council. Now, with prom coming up, Ren has to make a difficult choice - go head to head with the town elders to fight for the music he loves, or let the elders continue to repress the spirit of the towns kids.

GIRL WITH THE DRAGON TATTOO
In The Girl with the Dragon Tattoo, Academy Award®-nominated director David Fincher (The Social Network) uncoils the world of Stieg Larsson’s global blockbuster thriller on the screen.

Within the story’s labyrinth lie murder, corruption, family secrets and the inner demons of the two unexpected partners chasing the truth of a 40-year-old mystery. Mikael Blomkvist (Daniel Craig) is a financial reporter determined to restore his honour after being convicted of libel.

Engaged by one of Sweden’s wealthiest industrialists, Henrik Vanger (Academy Award® nominee Christopher Plummer), to get to the bottom of the long-ago disappearance of his beloved niece, Harriet - murdered Vanger believes, by a member of his large family.

The journalist heads to a remote island on the frozen Swedish coast, unaware of what awaits him. At the same time, Lisbeth Salander (Rooney Mara), an unusual but ingenious investigator with Milton Security, is hired to do a background check on Blomkvist, a job that ultimately leads to her joining Mikael in his investigation of who killed Harriet Vanger. Though Lisbeth shields herself from a world that has repeatedly betrayed her, her hacking skills and single-minded focus become invaluable.

While Mikael goes face-to-face with the tight-lipped Vangers, Lisbeth plies the wired shadows. They begin to trace a chain of homicides from the past into the present, forging a fragile strand of trust even as they are pulled into the most savage currents of modern crime.