The third placed team, also from George. From left: Jacques Barnard, Dawie Davids and Morné Pienaar, with "Prof" Stadler (sponsor). They scored a full house, a rare feature in bowls and comparable to a hole in one in golf.

A total of 22 teams from clubs in the Eden District entered as mixed teams. Apart from the 11 teams from the hosting club, teams from Great Brak River, Hartenbos, Knysna, Mossel Bay, Outeniqua, Sedgefield and Stilbaai took part.

The Autumn Trips tournament replaced the popular Easter Trips, which was hosted by George Bowling club for many years and drew players from as far as Western Province, Boland, Eastern Province, Border and even the former Griquas (now Northern Cape). But the high cost of travelling and accommodation undoubtedly took its toll on the Easter Trips and its popularity waned.

Judging from the extremely competitive and enjoyable bowls, this tournament promises to become as popular as the former Easter Trips.

The tournament was sponsored by Personal Trust, who also had a team led by "Prof" Stadler of Personal Trust. It was contested over six games of 15 ends each, and up until the final game, any of the top teams could have emerged as the winner. 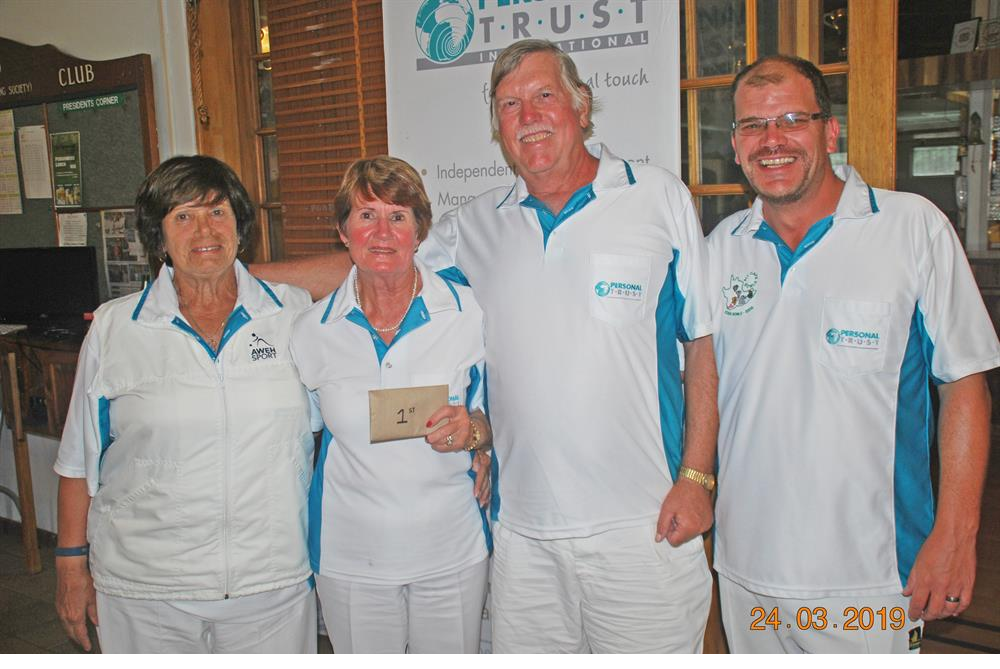 The winners of the first Autumn Trips tournament was a team from Stilbaai. They are, from left: Paula Swanepoel, Marians van der Walt and Johan Snyman, with "Prof" Stadler of Personal Trust, sponsor of the tournament.

The ultimate winner was the team from Stilbaai consisting of Johan Snyman, Mariana van der Walt and Paula Swanepoel, with 54 points.

The George team of Morné Pienaar, Dawie Davis and Jacques Barnard picked up a 9, thus scoring a full house - a rare feature in bowls and comparable to golf's hole in one. This team ended in third place.

A team playing under the well-known name "Kopklappers" also made its presence felt, ending in fourth place. 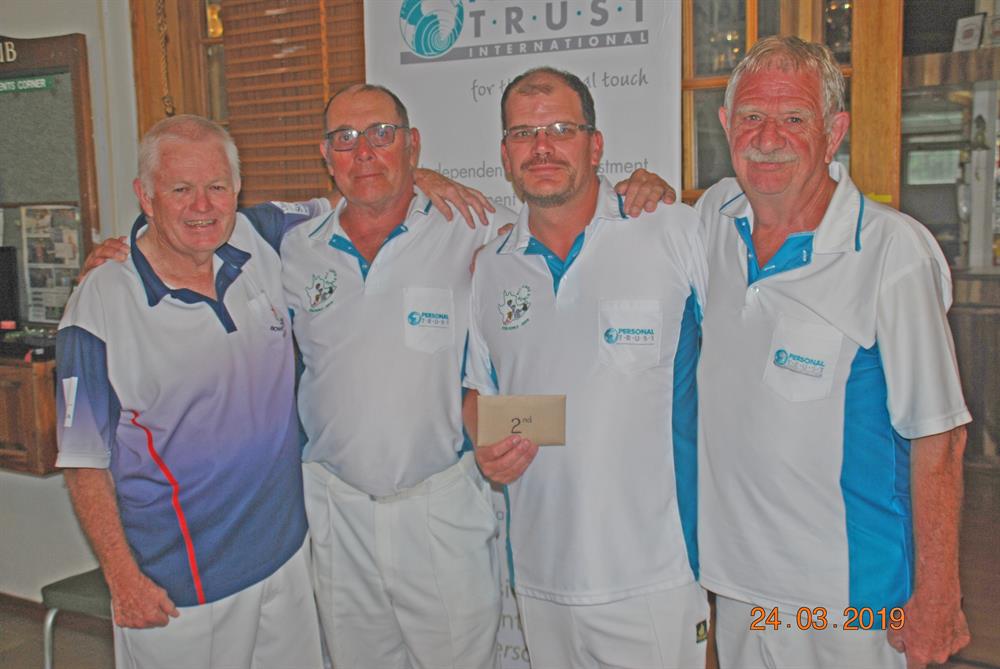 Judging from the extremely competitive and enjoyable bowls, this tournament promises to become as popular as the former Easter Trips.