Football coach proves deafness is no hindrance to career on touchline

FOOTBALL NEWS - Ben Lampert is not a stereotypical football coach. Instead of yelling from the touchline, the deaf trainer issues his instructions in sign language.

The 34-year-old, who is a coach with Brentford FC Community Sports Trust, is proving to be an inspirational mentor to both deaf and hearing children and has been nominated in one of the categories at the UK Coaching Awards on Thursday.

Lampert, a member of the British football squad that won the 2005 Deaflympics title in Australia, ultimately wants to coach a professional team.

"The dream of mine is just to be coaching at the highest level of football, whether it be the academies or the club side," he told AFP before taking a session with a group of 10-year-old boys.

"Just to be that sort of living embodiment that these barriers can be broken down and can be overcome. The age group would not matter.

"I don't know whether up to 18 or older. It's a matter of sort of achieving and becoming an example where deaf people can look up and say 'Ben's done it, why can't I?'" 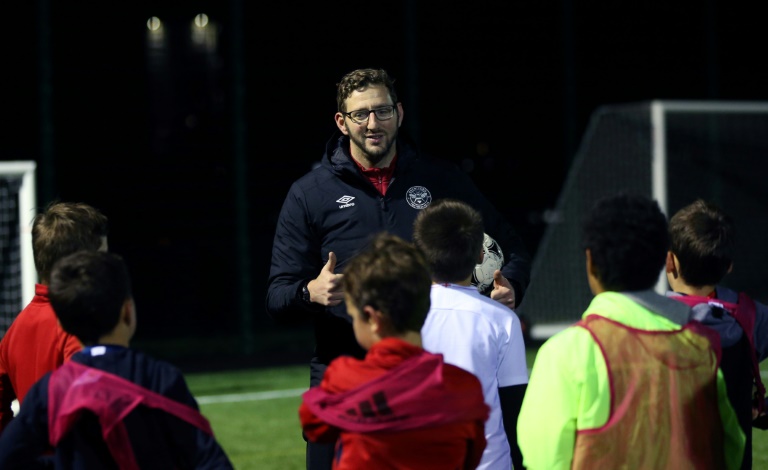 Lampert, a father of two boys, said there is a perception that it is difficult for deaf people to get their message across but he believes this is misplaced.

"They think that it's impossible for me to do it or any deaf person to do it," he said, speaking through an interpreter, who also helped him during the session in west London.

"You know, they think it's not something that can happen, but it is possible. When I have the opportunity to speak with these people, they realise this.

"It's all just about communication. At the end of the day, there's other methods for communication, it's not just a one-way thing."

Lampert, who took part in the 2012 Olympics torch relay, said communicating in sign language was a similar challenge to that faced by managers for whom English is not their native tongue.

"They have the skills or the requisite skills to be a top manager. It's just the language barrier," said Lampert, who is nominated for an award in the Changing Lives category.

"You know, that's the only thing getting in the way. There's no difference, in my view, to a deaf person in that sense."

Lampert, who is also a coach with England's deaf football team, said his deafness is not an impediment to how he sees the game, describing it as a "very visual thing".

"As a deaf person it is absolutely perfect for me and thinking about people's positions on the pitch and tactics, where to place players."

"There's no reason why it cannot work in mainstream football as well, because he's still communicating with players in the right way," he said.

"He is still getting his message across to support them in their development and ultimately support the teams he's working with as well."

Lampert believes Britain is lagging behind the United States when it comes to the awareness of deaf issues.

He cites the case of NFL fullback Derrick Coleman, who overcame deafness to win a Super Bowl with the Seattle Seahawks. 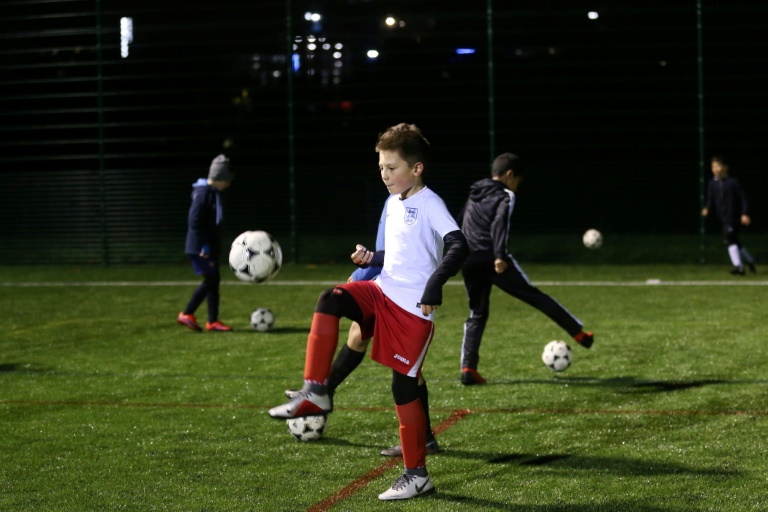 "It's hats off to America for me as far as I'm concerned, because their awareness is outstanding in that respect," he said.

"In England, I think we should have it the same. If that can be done in the Super Bowl, then why can we not do it here? Awareness is the key thing here."

A group of boys who were experiencing Lampert's coaching for the first time - a mix of showing them what he wants done by playing with the ball or through his interpreter - largely gave him a thumbs up.

Kuba Zygmunt admitted: "I would never understand sign language in 100 years" but he added there was plenty of scope for the relationship to develop.

Lampert believes succeeding is all about being positive.

"It's important to be confident and to be assertive and to fight for equality," he said.

"You know, I want to get the message out there that deaf people can do anything and I am an example myself."