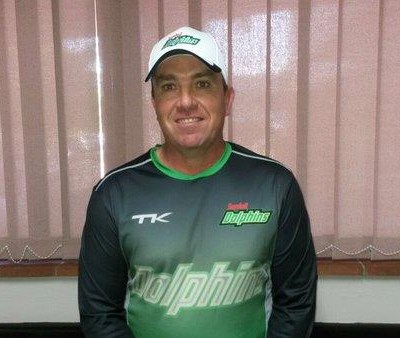 Grant Morgan. Image: twitter.com
NATIONAL NEWS - The Hollywoodbets Dolphins head into the new season after a turbulent year off the field and will be hoping that a new coach can help the team settle quickly before what could prove to be a tough season.

The Dolphins fired Lance Klusener before last season ended with Grant Morgan appointed as the new coach for this year while they also lost their CEO to pastures new during the off-season.

To make matters worse for the KZN franchise they lost two key players at the end of last season with batsman David Miller opting to play for the VKB Knights this year while fast bowler Kyle Abbott decided to throw his lot in with the Warriors.

The frustration of the loss of two star players was only added to for loyal fans as the Dolphins were the only franchise team not to make any significant additions to their squad during the off-season.

Morgan will thus have to try and get the best out of a team that experienced some high and lows last season.

The Dolphins finished second from bottom on the log for the four-day Sunfoil Series although batsmen Vaughn van Jaarsveld, who averaged 49.23, and Imraan Khan, who averaged 50.75 with thee hundreds and three fifties, enjoyed good personal seasons.

The KZN franchise enjoyed a better run in the Ram Slam T20 Challenge, where they were losing finalists, but their performance in the Momentum One-Day Cup was rather more disappointing as they also ended second from bottom on the log to miss out on the playoffs.

The Dolphins’ job will be Morgan’s first as a franchise level coach but he has accumulated a vast amount of experience having coached KZN Inland from 2012 to 2014 He has also coached the Highveld Strikers and has served as assistant coach for the SA under 19 team and last year was assistant coach at the Warriors.

Morgan was recognised for his achievements at provincial level when he was awarded the Khaya Majola Memorial Award in 2005.

However, he is well aware that coaching at franchise level will present a different sort of challenge.
Read more on SuperSport.