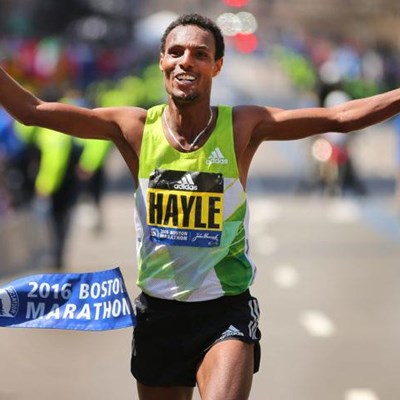 Hayle beat all comers by covering the notoriously hilly course in two hours, 12 minutes and 45 seconds, as thousands of spectators cheered him under sunny skies.

On the women’s side, Ethiopian runner Atsede Baysa won in 2:29:19, overcoming a 37-second deficit in the last five miles of the race.

It was the third running of the world’s oldest continually run annual marathon since a pair of ethnic Chechen brothers killed three people and injured more than 260 with a pair of homemade pressure cooker bombs placed at the finish line in 2013.
Source: Eyewitness news.