Forty-five more Covid-19 related deaths were reported, with 0 from Eastern Cape, 16 from Free State, 7 from Gauteng, 1 from KwaZulu-Natal (KZN), 0 from Limpopo, 0 from Mpumalanga, 0 from North West, 15 from Northern Cape and 6 from Western Cape.

The number of people vaccinated under the Sisonke programme and under phase two stands at 1,343,443. 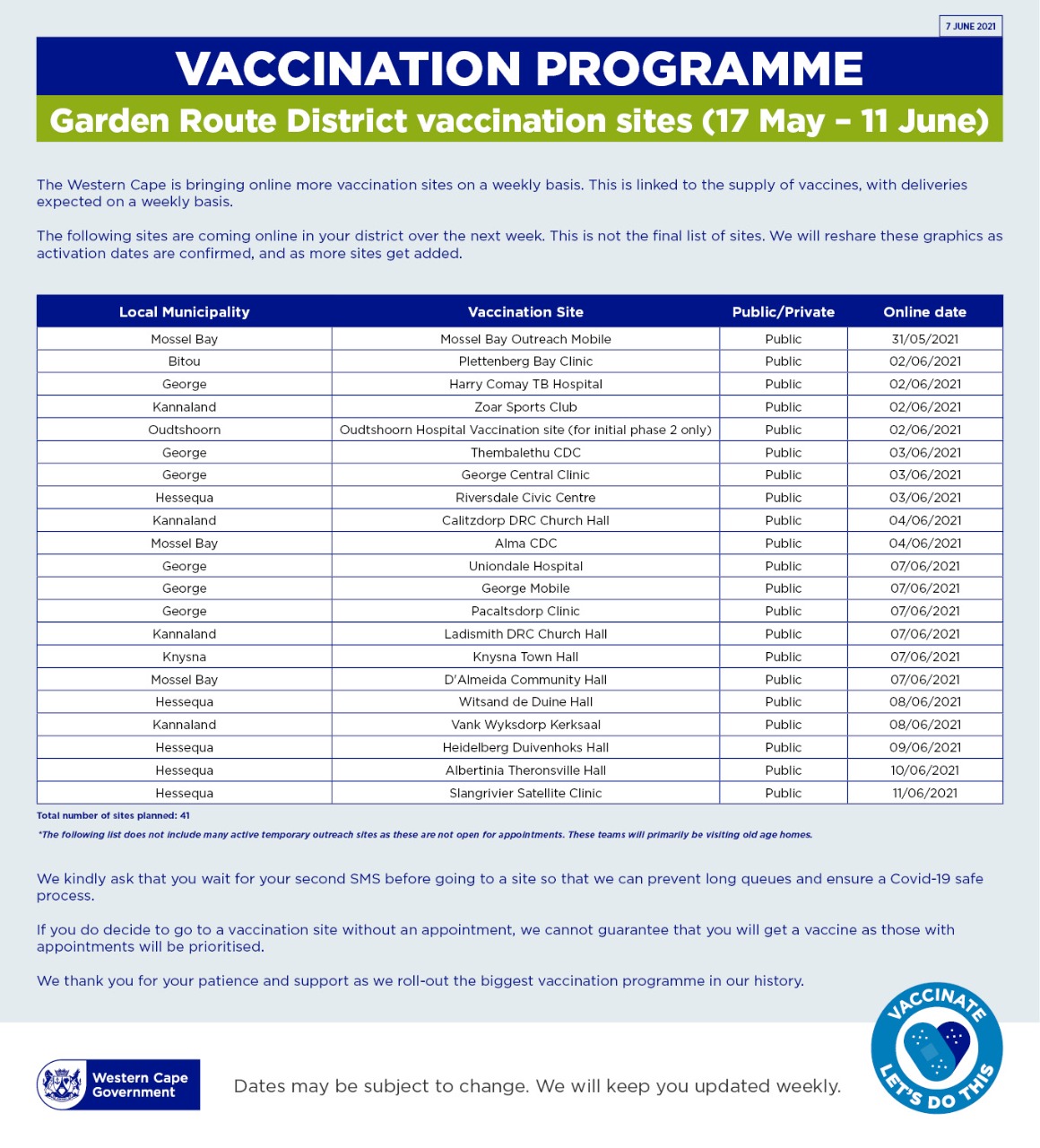 The Delta variant of the coronavirus first identified in India is “around 40 percent more transmissible” than the Alpha variant that caused the last wave of infections in Britain, health minister Matt Hancock says.

Delta has since become the dominant strain in the UK, according to official data, threatening next steps in the country’s reopening plan later this month.

Sunday is the first day for 12- to 16-year-olds in Israel to get vaccinated, with 55 percent of the population so far having received two doses in the Middle Eastern nation.

The move came despite the country’s health ministry recently releasing findings suggesting a “possible link” between the Pfizer/BioNTech shot and cases of myocarditis — inflammation of the heart muscle — among younger men.

US donates vaccines to Taiwan

Washington will donate 750,000 vaccine doses to ally Taiwan, a cross-party delegation of US senators say as they arrive on the island.

The high-profile delegation and gift come as Taiwan accuses China of hampering its efforts to secure enough doses as part of Beijing’s ongoing campaign to keep the island isolated.

The novel coronavirus has killed at least 3,723,381 people since the outbreak emerged in China in December 2019, according to a tally from official sources compiled by AFP at 1000 GMT Sunday.

The World Health Organization estimates that the pandemic’s overall toll could be two to three times higher than official records, because of the excess mortality that is directly and indirectly linked to Covid-19.