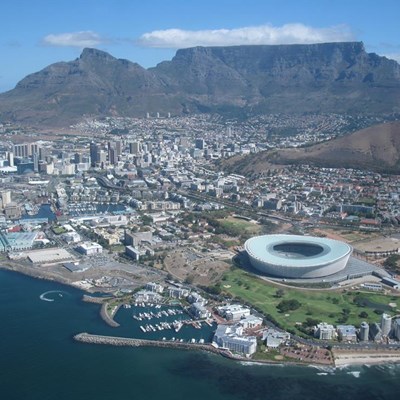 The city of Cape Town
NATIONAL NEWS - International arrivals to Cape Town over the 2013/14 summer season were up by 15 percent compared to the previous year, the city's tourism director Anton Groenewald said on Wednesday.

Arrivals from regional Africa by air also increased from October 2013, culminating in 17 percent more of these visitors in February this year.

The top five countries of origin for tourists to Cape Town were South Africa itself, the United Kingdom, the United States, Germany, and the Netherlands.

Groenewald said three-quarters of tourism businesses - such as attractions, tour operators, restaurants, and wine farms - recorded more bookings for January and February than they did the same time last year.

Cape Point and the Table Mountain Aerial Cableway both had record growth with more than 100,000 visitors each.

There was an overall upward trend in accommodation figures, with revenue per available room increasing by an average 16 percent per month between October and December last year.

Cape Town Tourism CEO Enver Duminy said a "cocktail" of factors had contributed to the increase in visitors and bookings.

These included a weak rand, a value-for-money offering, and the city being seen as desirable after a slew of international accolades.

Groenewald said it was the city's vision to grow the events calendar and tourism numbers during winter too.

"Several new events are being mooted for Cape Town over the next few months, including a new performing arts festival inspired by the energy and ethos of popular fringe festivals in New York, Amsterdam, Adelaide, and Edinburgh," he said.